ANTON EBERHARD: Power market and regulatory reforms can — and must — improve supply 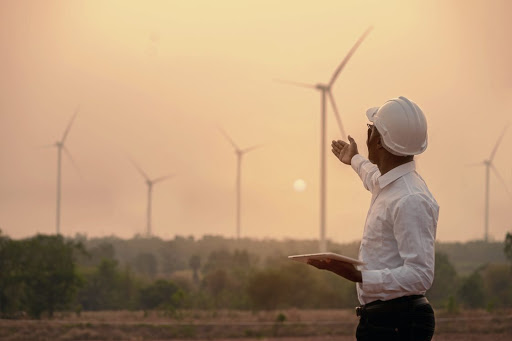 The next steps in President Cyril Ramaphosa’s structural reform agenda are being taken through power market and regulatory reforms that will facilitate increased private investment and competition.

The implications are potentially far-reaching and will contribute to the fundamental restructuring of the electricity supply industry in SA — and hopefully an end to load-shedding and power cuts.

By Gwede Mantashe’s own admission, Ramaphosa had to twist his arm, and the energy minister has now gazetted an amended schedule to the Electricity Regulation Act that exempts projects up to 100MW from the requirement of applying to the National Energy Regulator of SA (Nersa) for a licence. 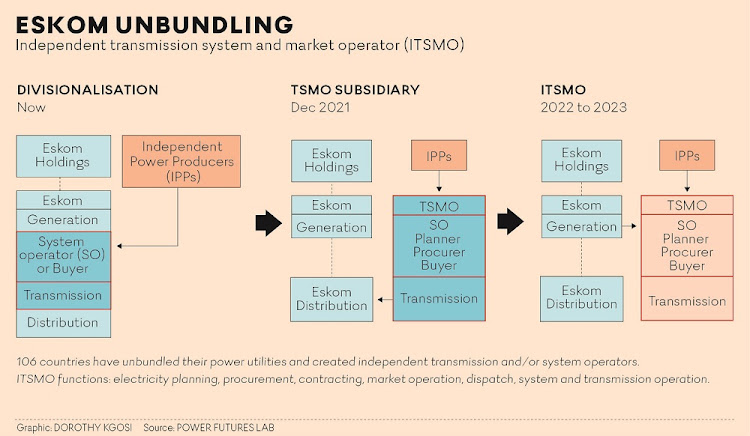 This is a significant development. The energy minister and Nersa were acting as gatekeepers to market access, and new private power projects faced onerous, uncertain and lengthy delays. The previous licence exemptions were only for off-grid, self-generators and for projects less than 1MW. The new exemptions apply to much larger investments and will enable grid-connected projects to sell to multiple customers, even wheeling across the grid to distant electricity users who will no longer have to rely solely on Eskom or municipal supply.

These licence exemptions will prompt further reforms: Nersa project registration processes, as well as grid connection and use of system agreements, will need to be streamlined if investments are to flow.

These reforms are not being driven by any ideological commitment to privatisation, but rather as a pragmatic response to SA’s power shortages. The president uses the metaphor of all our energy eggs being in Eskom’s basket, and if they fall the economy breaks. In his state of the nation addresses he has called for diversification of the country’s electricity supplies and for more competition.

Over the past year we have also seen Eskom’s CEO call for more private investment to relieve a constrained power system so the utility has more space to undertake reliability maintenance. Eskom is technically insolvent and survives through government bailouts, a total of R220bn since 2008. It generates less than half the cash it needs to service principal and interest payments on its debt.

No-one will lend Eskom money for new power generation until its balance sheet is deleveraged. The state has no fiscal space to invest in power and its ability to provide sovereign guarantees is evaporating. That leaves the private sector as the main source of funding for new power.

There is now an unprecedented and growing consensus among government, business and labour about power sector and regulatory reforms. When the previous attempt was made — after the publication of the 1998 energy white paper — to restructure Eskom, and to introduce competition and private sector participation, energy-intensive users and business associations were ambivalent; they enjoyed low electricity prices and reliable supply at the time.

Now the material conditions are different: there has been load-shedding in 2007, 2008, 2014, 2015 and every year since 2018, and electricity tariffs have increased fourfold. Business organisations now advocate for power market reform. Even union federation Cosatu issued a statement supporting the licensing exemptions. However, easing investments in distributed energy generation alone will not solve SA’s power crisis; we also need to restructure Eskom and expand utility-scale procurements.

Two years after the president’s Eskom sustainability task team submitted its recommendations, Eskom’s debt overhang remains unresolved. But another recommendation, on Eskom unbundling, has made progress, mainly due to the leadership of its new CEO.

A separate transmission subsidiary company will be established by year’s end. The next step will be taking that subsidiary out of Eskom as an independent transmission system & market operator (Itsmo), which has responsibility for least-cost and reliable power planning, procurement, contracting, dispatch, system balancing and transmission.

Eskom unbundling will facilitate further utility-scale procurements. Least-cost generation sources are now mainly distributed solar and wind energy, and considerable investments — Eskom estimates R180bn — will need to be made in strengthening and reconfiguring the grid. The Itsmo will start migrating to investment grade and will be able to access competitively priced capital. An Itsmo will also facilitate direct contracting between generators and large electricity users, reducing the need for sovereign backed security measures and guarantees.

As the number of private, renewable energy independent power producers (IPPs) and traders on the grid grows, the capabilities of the system and market operator will need to be enhanced. A balancing market will need to be created as well as competitive procurement of flexible resources to complement the variability of solar and wind, and ancillary services to maintain system quality, strength and reliability.

While SA’s power market is slowly heading in the right direction, it is not clear whether the government fully appreciates yet the enormity of the challenges ahead. Eskom’s CEO has said 22,000MW of old coal plant will need to be decommissioned over the next 15 years. That amounts to nearly 50% of Eskom's total current generation capacity. SA’s electricity plan, the IRP2019, envisages that 33GW of new capacity — mostly solar, wind, gas and batteries — will need to be built by 2030, implying total new investment of more than R1-trillion.

Current efforts are far from adequate. The energy minister is wasting time trumpeting coal and nuclear power — neither of which can be built in time. They will be difficult to finance and, like the poorly designed risk mitigation independent power producer (IPP) procurement programme, will be costly.

With all the competitive options available to SA it is almost unbelievable that 20-year contracts are now being considered for emergency power ships and solar, wind or battery hybrid projects that, because of flaws in the procurement specifications, will involve huge curtailment and wasted energy. None of these projects reached financial close by the required date but, strangely, the department of mineral resources & energy has chosen to extend deadlines rather than cancel or redesign these disastrous contracts.

After a hiatus dating back to 2014 the fifth auction round of the renewable energy IPP programme is finally under way, with bids submitted on August 16. International solar and wind prices continue to plummet, with most auction bids now below US2c/kWh and the world record down to 1c. With its higher cost of capital, and economic development add-ons, SA is likely to see prices below ZAR50c/kWh and maybe even below ZAR40c, a third of Eskom’s average cost of supply.

If power cuts are to be relegated to the past SA will need to continue to ease the path for private investment in power, both at utility scale and distributed energy generation. It is hoped that Operation Vulindlela, in the president’s office, will continue to push for further power market and regulatory reforms, and for significantly expanded biannual, IPP office or Itsmo-led power auctions. Anything less will mean continued load-shedding and constrained economic growth and development.

• Eberhard holds the positions professor emeritus and senior scholar at the Power Futures Lab at UCT’s Graduate School of Business.

Besides rooting out security threats, the government needs to single-mindedly drive pro-growth reform and economic stimulus
Opinion
5 months ago

PETER ATTARD MONTALTO: Reform is not a single event but a series of shifts

Is the government able to manage a process that demands more and more changes as it unfolds?
Opinion
6 months ago
Next Article