These are worrying times for democracy globally, with economic crises proving fertile ground for populists and radicalism 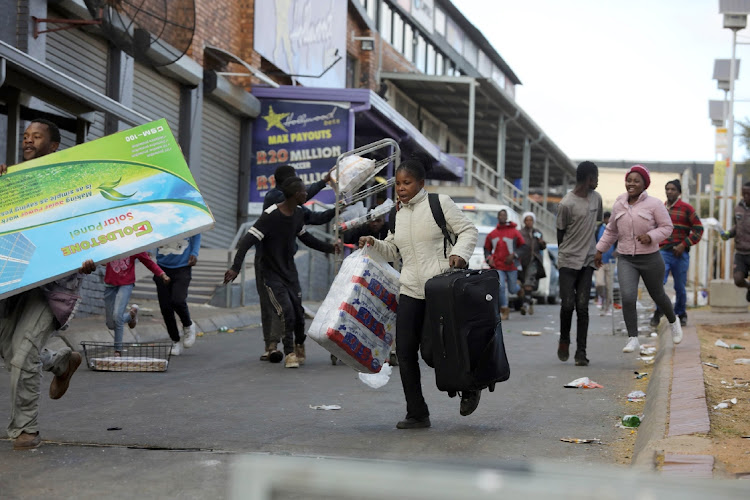 The policies to grow an economy and create wealth and jobs are not hidden away in some secret vault, accessible only to global winners. They are well known. Investment in skills and education. Property rights. Good infrastructure. Making it easy to set up and run a business.

The reason some governments do not pursue them is down to choice and design. The leaders of captured states have chosen policy paths that do not maximise economic prosperity because their objective is different: to hold on to power (often for succession to their offspring) and to enrich themselves and their hangers-on. There are numerous examples in this neighbourhood.

The formula for any would-be autocrat is to capture the state’s institutions, in particular the capture of “extractive” economic institutions where the money taps can get turned on. Creating monopolies, loading parastatals with cronies, stifling competition. This is where the gravy is.

Political capture follows as a necessary appendage to ensure the continued control of extractive economic institutions. This is the pathway to failed state status. Standing in the way of all this are society’s independent institutions — NGOs, community groups, trade unions, business groups and especially the media. These organisations have the power to mobilise public opinion and create a bulwark against nefarious forces intent on economic or political looting. From the ship workers of Gdansk, Poland, in the 1980s demanding political freedom to crowded Pretoria streets in 2017 and 2018 demanding “Zuma must fall”. Historically, this has mostly worked.

Worryingly, recent examples of “people power” have been a failure. In Hong Kong, protesters have been jailed and silenced. Belarus resorted to international aviation piracy earlier this year to stifle dissent. In Myanmar, the generals have discarded democracy and unleashed the soldiers onto the streets.

There are numerous reasons for this but technology is a significant one. It has empowered repressive regimes, or would-be ones, in ways previously unimagined. Facial recognition technology, drones, CCTV, phone surveillance. The reach of the state is almost omnipresent. Covid-19 restrictions have also been used as cover by non-democratic governments to tighten control over dissenters.

This is a particularly fragile time for democracies, SA included. A 40-year study (1950-1990) by Adam Przeworski shows that democracies are directly threatened by economic crises. The chance that a democracy will succumb is one in 135 when incomes grow during any three or more consecutive years, and one in 13 when incomes fall during any two consecutive years. The situation is especially dangerous where governance is weak. Even in strong democracies, governing becomes more difficult during an economic crisis. Government majorities shrink and parliaments tend to fragment. Radicalised parties get more hearing.

The narrative that democracy is not the optimum route for middle income and developing economies to economic prosperity is often peddled, but this does not stand up to scrutiny. Ruchir Sharma, in his book The 10 rules of successful nations, identifies the most successful economies over a 70-year period, and democracies dominate. What characterises these countries is slow and steady economic growth due to the “stabilising effect of democracy”. Democracy brings a certainty investors love.

The grease on the cogs of democracy are a nation’s independent institutions, in particular a free press. Thankfully, SA has a vibrant and noisy media, with courageous investigative journalists. Take the following excerpt from the Daily Maverick’s investigating and reporting on the VBS Mutual Bank scandal and defamation case: “Malema’s reason for accepting the VBS Mutual Bank money ... was ‘to support the revolution’.” Apart from being the funniest line I have read in a while, it is a good example of why this country needs to keep supporting its journalists.

On any given day the media in SA are abuzz with stories of political intrigue, graft and state larceny. In one way, that is a good thing. The time to worry is when you are not hearing about these things.

Inequality has grown more concentrated in India, home to two out of the three richest tycoons in Asia
Opinion
10 months ago

This will ensure all killings in Gauteng and KwaZulu-Natal in July are treated even-handedly, says opposition party
National
10 months ago
Next Article