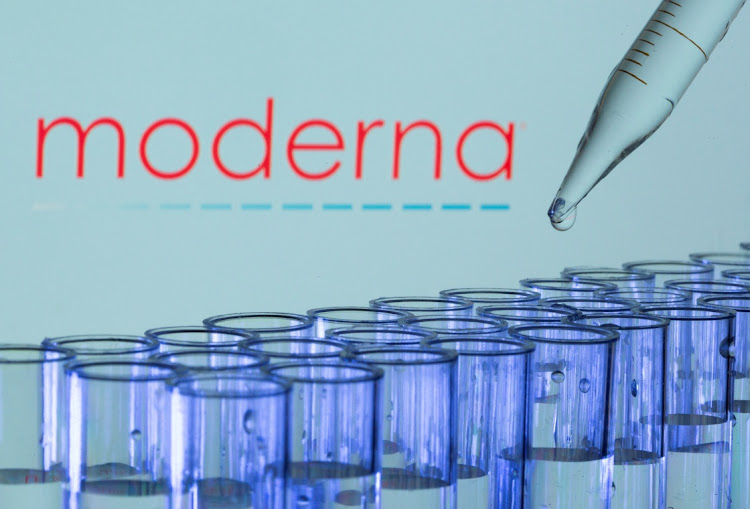 There’s no real precedent in the drug industry for the rapid rise of Moderna on the back of its highly effective Covid-19 vaccine. The company’s market value soared from $6bn to a peak of almost $200bn in 19 months, exceeding century-old Big Pharma stalwarts. In July, it entered the S&P 500 Index.

It takes a leap to a completely different industry to find a good comparison. Elon Musk’s Tesla spent much of the past 19 months on a similar run, rising from less than $100bn to a peak of more than $800bn, joining the S&P 500 along the way and leaving other automakers in the dust (it’s valued at about $700bn today). Neither company’s valuation makes much sense by any sort of conventional analysis. But with Moderna now being touted as the “Tesla of biotech,” clearly there is no choice but to actually examine what could possibly unite a drug developer with a manufacturer of electric cars.

One way to think about Tesla’s valuation is as an expanding total addressable market, or TAM as it is known. TAMs are an especially big deal for start-ups and disrupters because, in the absence of significant profits, their sales pitch centres on growth. And the precondition of growth is a giant space into which you can expand. A consistent theme with Tesla over the years is the creation of such space to either establish room for a future rally or justify an earlier one.

The necessity of this process increases as the valuation advances. Consider: Tesla aims to grow vehicle sales by 50% a year on average “over a multiyear horizon.” Assume it does and also achieves a consistent net margin of 10% on vehicles costing $50,000 apiece. By 2026, Tesla would sell almost one in two of all battery electric vehicles worldwide and have expanded its automotive revenue elevenfold. Even assuming all that, the current stock price would be 23 times those projected earnings five years out.

Sure, you could assume even faster growth in EV demand, even higher margins or both. But why not just expand your horizons and say that, apart from ruling in EVs, Tesla will also crack autonomous driving, operate fleets of robotaxis, transform power supply (profitably), run a multibillion-dollar insurance firm and maybe even launch an aviation side-hustle that, alone, might be worth somewhere between 14% and 140% of the current stock price? (2)

This is not to deny actual success; Tesla has clearly achieved a lot, and has given its faithful reasons to believe the growth trajectory will continue. The point is that once the narrative is established that your company is actually a “digital platform” with limitless product potential, then the sky is the limit. You may as well just hard-code the target price you want rather than go to the trouble of modelling anything.

How about Moderna? Its valuation also reflects expectations for big growth, in this case coming from two main drivers: continued sales of its Covid-19 vaccine and future windfalls from new vaccines and treatments in development that use the same messenger RNA technology.

The Covid-19 vaccine is a unique product to value. It will produce extraordinary profit in the next couple of years; Moderna is expected to generate $29bn in adjusted Ebitda across 2021 and 2022 compared with Tesla’s $23bn. But the ultimate scale and longevity of the opportunity are unclear, depending on whether booster shots prove popular, vaccines tailored to variant strains are needed or if competitors falter. Optimism on all fronts is baked into the price and then some. Analysts’ estimates, however, imply sales (and earnings) will decline sharply after next year.

As with Tesla, much of Moderna’s multiple rests on theoretical future products; so theoretical, it seems, that even the sell side hasn’t put numbers around many of them.

True, the success of its Covid-19 vaccine does bode well for other mRNA medicines. At today’s valuation, though, investors seem to believe Moderna will “generate products rapidly, with lower risk, higher probability of success, and potentially greater efficacy than older technologies,” according to Jefferies analyst Michael Yee. That’s a Tesla-like leap to make from the success, however impressive, of one unique pandemic vaccine.

The reality is, no non-Covid-19 product in Moderna’s pipeline will likely generate significant sales before the second half of this decade. The largest, most validated part of its product pipeline consists of other vaccines, which tend to be one of pharma’s less profitable businesses outside of a pandemic. There are little data for Moderna’s five other applications of mRNA therapies to treat diseases like cancer, and several competitors operate in both its core technology and specific markets. Any reduction in Covid-19 sales optimism puts more of a burden on the notion that the company will not only solve human biology but also master the expensive and failure-prone business of drug development (3).

There aren’t quite as many imaginative new businesses to pad Moderna’s TAM, just different diseases. And while promises of disruptive innovation and R&D advantage are a common lure for biotech investors, they rarely pay off. Perhaps that is why biotech analysts, who have a reputation for being cheerleaders, remain sceptical of recently eroded  highs.

In that respect, at least, Moderna’s Tesla-fication remains incomplete.

(1) Assumes 800,000 vehicle deliveries in 2021. Projected global electric-vehicle sales in 2026 are 13.4-million units, as per Bloomberg NEF estimates. Tesla also has an energy business but its profits are negligible and this is excluded from our simple calculation.

(2) Tesla Aviation: Not 'If' But 'When'? Adam Jonas, Morgan Stanley, July 15 2021. Based on a — you guessed it — TAM of $9-trillion (with a “t-r”, folks) by 2050, Jonas calculates “potential preliminary outcomes” on the order of $100-$1,000 per Tesla share for an eVTOL/UAM business. eVTOL is 'electric vertical take-off and landing', while UAM stands for 'urban air mobility.' As Jonas writes, 'the potential skills transferability and network adjacencies are too strong to ignore.' Quite.

(3) For example, in a recent report from Bank of America, analyst Geoff Meacham wrote that to justify a $200 billion market cap—which Moderna nearly reached on Monday — one would have to assume billions of Covid-19 vaccine sales through 2038, plus success for all of the 22 drugs Moderna is developing (including eight that haven’t been tested in humans). Air Tesla may be more likely.

The FDA’s action is designed to protect people most likely to be harmed or die from Covid-19, even if they are already fully vaccinated
World
10 months ago

MAX NISEN: Moderna has the firepower to go on the hunt but must think strategically

A major impetus behind jabbing children, beyond their own health, is the contribution it could make to ending the pandemic
Life
10 months ago
Next Article