JOSEPH KIBUGU: Business is finally getting the hang of human rights, but more can be done 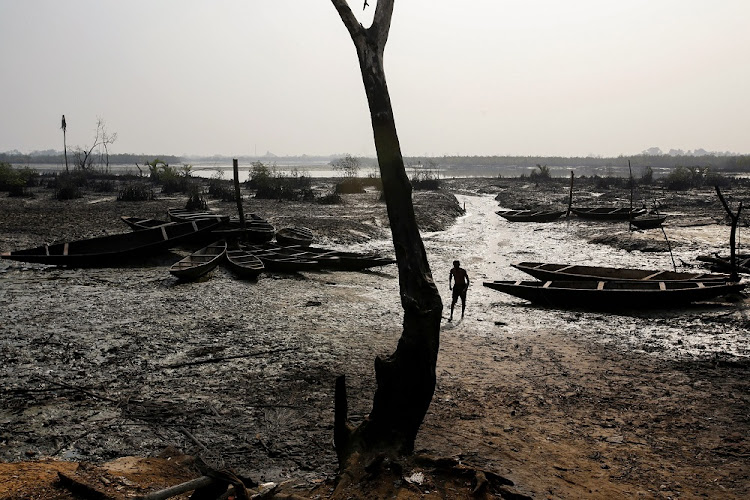 Africa has been an arena of corporate impunity since pre-colonial days, with the slave trade the most insidious form. Colonisation gave corporations an even stronger foothold to control resources, including forcible displacement of communities to pave the way for plantations. Post-independence governments were unwilling or incapable of protecting people from corporate-related harm.

However, the turn of the century saw progress, at least in rhetoric, towards the need for businesses to respect human rights. Corporate-related harm started being treated with disdain where exposed. The publicity around the 1995 execution of Ken Saro-Wiwa and eight other community leaders by the Nigerian government, with Shell’s collaboration, increased awareness of the human rights impacts of business.

In 2011, the adoption of the UN Guiding Principles on Business and Human Rights (UNGPs) by the UN Human Rights Council, while not necessarily a turning point, was a significant juncture in this progress.

The UNGPs remain an important guideline and yardstick, but more needs to be done, including uprooting the systemic causes of inequalities as well as implementing more mandatory measures to protect individuals and communities from harmful business activity. However, the conduct of companies and states in Africa suggests they are yet to deliver on their promise, and impunity by companies persists unabated across the continent.

A narrative of a “dark” continent was used to legitimise the involuntary introduction of “light”, primarily through religion and trade. Complicit tribal chiefs barter-traded humans to serve as labourers in plantations abroad in exchange for goods from other trade zones. Colonisation worsened the injustices. The law was weaponised to protect commerce, as well as ensure systematic suppression of traditional lifestyles and cultural institutions in favour of corporate interests. Corporations were hand-in-glove with the state, judicial systems were ineffective and impunity reigned.

The exploitation continued after independence with neoliberal policies, often christened as poverty-reduction strategies while perpetuating, and in many cases increasing, inequality. The new captains of industry could not be distinguished from those who wielded state power. Resource extraction that did not benefit local communities expanded. Exploitive labour practices, worsened by an increasingly weakened trade union movement and environmental degradation, continued.

Globalisation took root. Policies such as market liberalisation inflicted more harm as many local communities had to compete with powerful and heavily subsided competitors, mainly from the Global North, resulting in dumping — to the detriment of home-grown manufacturers.

On the positive side, abuses were given visibility through improved communication. The long-lasting harm caused by oil companies to local communities in the Niger Delta, the complicity of corporations in perpetuating apartheid, as well as the inability or unwillingness of local governments to ensure corporations did not cause harm, was exposed. There was also some progress regarding legal accountability. The African Commission on Human and Peoples’ Rights found Shell’s subsidiary complicit in harming the Ogoni community in Nigeria. Vedanta agreed to compensate victims of alleged pollution from its mine in Zambia.

Barrick Gold entered into a compensation agreement with victims of abuse in relation to its operations in Tanzania. In SA, the courts recently dismissed an attempt by a company to intimidate human rights defenders through litigation. Kakuzi, a subsidiary of a UK-based agribusiness, said it was designing an operational-based grievance mechanism after a spotlight was shone on the effect its activities were having on local communities in Kenya.

Businesses, especially multinationals, are increasingly beginning to understand that business as usual cannot go on as readily under the UNGPs, which continue to catalyse debate on the human rights footprint of companies, and to be seen as complying with them is progressively fashionable with consumers, investors and the public. However, 10 years after their adoption, the initial promise of a turning point has not fully materialised.

Though Kenya and Uganda have made significant strides, no African country has adopted a national action plan on business and human rights, and the informal sector, which accounts for more than 60% of the labour force in Africa, has been left on the margins of conversations on UNGPs.

Perhaps most crucially, companies’ social and environmental policies have not been matched by practice, including by those companies that have publicly endorsed the UNGPs. In 2018, a survey by the Business & Human Rights Resource Centre revealed that only 37% of banks and investment firms financing mining activities in Southern Africa conduct any form of human rights due diligence on new clients.

In addition, victims of abuses still face far too many legal and procedural obstacles in accessing justice, while their advocates are subjected to violence, threats and other forms of intimidation by state agents with the silence or complicity of business. It must also be noted that the UNGPs are more forward looking and do not pay attention to historical injustices committed by businesses.

Africa has come far. From a blank cheque for corporations to a consensus that the status quo is untenable, the UNGPs represent an imperfect, but good, coalescence point. However, they have proven to be insufficient. As we look to the UNGPs’ next decade, a deeper examination of the past of injustice by corporations and reparations is imperative. We also need to admit that voluntary mechanisms, while positive, have failed to protect communities and individuals from corporate-related harm. A well-thought-out mandatory human rights due diligence approach should be considered.

By doing so, we could move towards ensuring the UNGPs meaningfully shape a framework where states protect individuals and communities from human rights abuses, corporations take measures to prevent harm, and where those aggrieved by corporate conduct have access to justice: a future significantly free of the exploitive extractive models that have worsened inequality for far too many generations.

Instead of a localisation horror show, SA should lure people into the country to start businesses
Opinion
1 year ago
Next Article

ADEKEYE ADEBAJO: Highs and lows of relations between the AU and EU

ADEKEYE ADEBAJO: Highs and lows of relations between the AU and EU