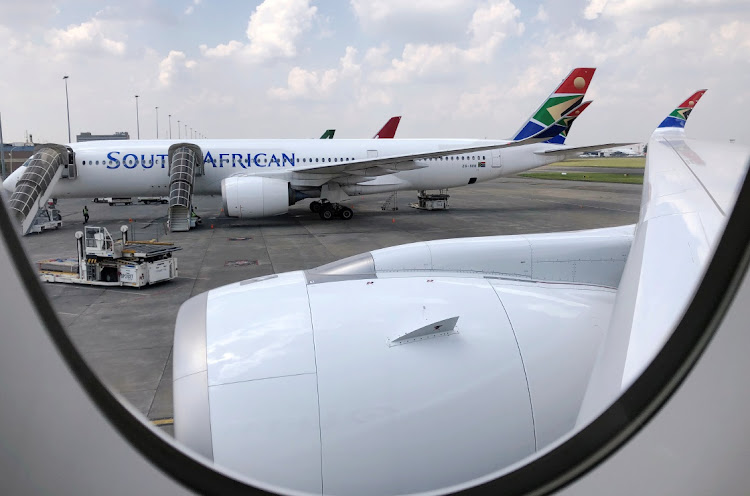 The SA economy is in a state that has not facilitated the achievement of the country’s short-term economic targets, nor its strategic development goals of raising the incomes and livelihoods of citizens. Job creation has hardly kept up with labour market growth. Per capita GDP has contracted since 2015.

Even before the onset of Covid-19 economic indicators significantly lagged the targets set in the National Development Plan 2030. The annual economic growth rate was below 2% a year since 2014, averaging only 1% up to 2019. The unemployment rate breached 30% in 2020, and once discouraged workers are included, the rate climbs to around 40%.

Other indicators paint a similarly worrying picture. In the 2020 InfraCompass survey SA recorded a mixed performance in the assessment of infrastructure development quality. Measured against 81 countries that combined account for 93% of global economic activity, it is the top performer in Africa in infrastructure development. However, it ranks poorly among the other upper-middle-income countries. It ranked in the top 10 in terms of the quality of financial markets’ infrastructure, 12th in planning and 23rd in procurement, but performed poorly in governance (35th), regulatory frameworks (46th), funding capacity (47th), permits (51st) and activity (61st).

The difficulties engulfing SOEs, resulting in their failure to drive development, are well documented. Most of the rot appears to have set in over the past decade. Before then, the large SOEs regularly paid dividends to the public Treasury. Eskom was a well-managed utility that won global awards and had a better credit rating than the government in the early 2000s. Transnet secured concessions to operate rail ports in a few African countries. SAA won several global awards, including for being the leading airline in Africa.

Poor management, political interference in operational matters, high debt, weak balance sheets and a shortage of critical skills afflict the SOE entities, which has led to poor investment outcomes. Moreover, SOEs have been a significant burden on the fiscus. Treasury transferred R232.3bn to the large SOEs between 2008 and 2020, while another R42.2bn has been budgeted for 2021 to 2024. The bailouts are contrary to the management guidelines of Treasury, which dictate that SOEs should be capable of raising development loans on the strength of their balance sheets.

The positive news is the excellent state of the development finance institutions (DFIs). The Industrial Development Corporation plays a leading role in industrial financing in the country and facilitates the entry and expansion of previously disadvantaged industrialists. The Development Bank of Southern Africa has proven itself a world-class infrastructure financier in the domestic market and Southern African region. Despite its financial troubles, the Land Bank remains a significant partner for emerging farmers. The generally good state of the DFIs is proof that SA can have SOEs managed prudently and can be facilitators of development.

Stabilising SOEs is, therefore, critical. Some progress has been made in recent years. New boards and management have been appointed at Eskom and Transnet. Leadership at the entities such as Airports Company SA has been strengthened. The restructuring of Eskom into three separate entities will transform it into a more operationally efficient entity. The establishment of the Transnet National Ports Authority as an independent subsidiary of the Transnet Group has been announced.

Other positive developments include establishing the Infrastructure Fund that will co-ordinate PPPs between public entities and the private sector. “Operation Vulindlela” aims to ensure efficacy and co-ordination of infrastructure spending across the public sector.

To build well-run and efficient entities capable of becoming dividend payers instead of relying on bailouts, SOEs require justification for their involvement in economic activity to avoid conflict with the role of the private sector. There also needs to be a clear separation of management roles, the board and the shareholder to avoid interference in operational matters by those appointed to fulfil fiduciary and oversight functions. So too, capital management should be divorced from the whims of those in power, who are often influenced by short-term political and pecuniary goals.

Prudent management is needed to shield them from the influence of the executive arm of the government. To this end, establishing an independent board to oversee policy implementation and enforce proper governance and management of SOEs is necessary.

Implementing these measures will set local SOEs on a better financial path and improve their contribution to achieving development goals. Better managed SOEs with solid balance sheets will improve these entities’ credit ratings and enable them to raise capital in local and international markets under favourable terms.

SOEs are central to the government’s developmental plan. Therefore, the need to strengthen them and improve their contribution to development objectives is of paramount importance. Well-functioning SOEs will facilitate strong economic growth and the significant reduction of unemployment and poverty.

• Matshego, a senior economist at Nedbank, writes in his personal capacity. This article is an extract from a paper prepared for the Inclusive Society Institute and forms part of the institute’s research into the development of a blueprint for the rejuvenation of the SA economy.

LUKANYO MNYANDA: It’s all good not to let a crisis go to waste, but will SA ...

LUKANYO MNYANDA: It’s all good not to let a crisis go to waste, but will SA ...