A workshop with key stakeholders, including the government, found broad consensus on many of the key issues 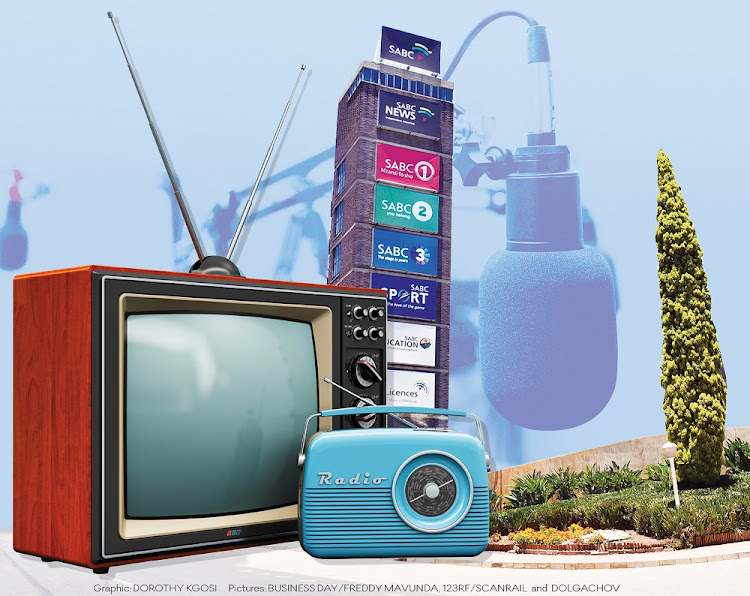 This week the SABC celebrated its 85th birthday. The speech delivered by board chair Bongumusa Makhathini to mark the occasion was measured, covering the public broadcaster’s history, its repugnant apartheid mission, and some of its more recent failures.

But some of the SABC’s biggest successes have also been relatively recent. For the first time that I can recall we have had the same SABC board for nearly five years. We have also had a senior executive team who have been employed for their skills, and, despite some missteps, the SABC has been able to rebuff efforts at political interference, which has brought much-needed stability and reach to its daily audience of 30-million people.

The SABC has also shown in the Covid-19 crisis how essential it is as a public good for our democracy, with news and an additional educational channel to help schoolchildren who have been forced to learn at home. Despite this the SABC, like other national broadcasters, faces grave uncertainty as to its future and sustainability.

Since 1999 the SABC and other broadcasters in the country have been governed by the Broadcasting Amendment Act. Not only is there a need for a new policy, but given the SABC’s unique position as the public broadcaster there is a need for an act to deal specifically with the SABC. A few years ago, under one of our less-than-competent ministers of communication, a draft SABC Bill was briefly put forward. It was bad. So bad that it was quickly and quietly withdrawn.

In the interim we have seen the reunification of government departments covering the communication sector to form the department of communications & digital technologies and — praise be! — a new approach to broadcasting and media that has resulted in the draft white paper on audio visual and audio content services. While there is still room for improvement, the white paper is a breath of fresh air in its approach and recognition of technology and where the world is headed. It is in this context that we were really excited to see the new draft SABC Bill.

And when it came it wasn’t too bad — if we were living in 2009. It’s not just that the draft bill talks about “TV licences” in a digital age, or that the word “digital” can be found only once in the repeal section. It’s that it simply doesn’t talk at all to the recently published draft white paper.

Earlier this week Media Monitoring Africa, led by broadcast media legal expert Justine Limpitlaw, hosted a closed workshop with key stakeholders, including the government, to discuss the draft bill. To their credit, the team from the department of communications & digital technologies were open and receptive to the issues being raised.

Given that much of the current draft bill appears to have been copied directly from the 1999 Broadcasting Amendment Act, our approach is to see the draft as a starting point, an opportunity to craft the bill SA really needs.

Before we get there, a key concern raised was whether we shouldn’t be waiting for the revised policy before we go about passing new legislation for the SABC. The problem, of course, is that the white paper policy process was started in 2011, and we are still nowhere near wrapping it up. If we leave things as they are we will almost certainly be dooming the SABC to another five to 10 years of operating in an unsustainable manner, and with a hopelessly outdated legal framework.

There was agreement at the workshop that while it might appear to be a cart-before-horse scenario to a degree, the critical need for an SABC Bill trumps waiting for the policy process to run its course. Importantly, we found that there is broad consensus on many of the key issues.

On the structure of the SABC, one of the key issues on which there was broad agreement was that the SABC should have a single public service mandate — there should be no public-commercial split. That idea, developed by McKinsey years ago, was intended for commercial services to cross-subsidise public ones. It never worked, and has instead seen the public cross-subsidising commercial services.

The SABC should remain a company, but it is a unique one that is governed in line with the 2018 ruling of North Gauteng High Court judge Elias Matojane, so the responsible minister must represent the public and not the government and must not play a role in the affairs of the company, which should be controlled by the board.

The SABC memorandum of incorporation and shareholder compact should be a public document, and it ought to be approved by parliament. Finally, it also needs to be spelt out that there is no role for the minister in appointments, removals or the employment of board or staff members, including remuneration and retrenchments.

There was also support for the overall size of the board to be reduced to nine but not (as is contained in the current draft) for the position of COO to be in effect dissolved. Having a public editor to help boost trust and credibility is another feature that should be included. The other key issue around which there appeared to be consensus, even though it would necessitate a constitutional amendment, was on the SABC being declared a chapter 9 institution, giving it the independence necessary for its protection in future.

On the mandate of the SABC, there is agreement that the broadcaster must have a clear mandate.  This sounds obvious, but the SABC mandate at present is all over the place — literally — in the Broadcasting Act.  A simple and key achievement will be to ensure that its mandate is set out clearly and is reviewed every seven years.

While there was disagreement on some issues during the workshop, it was heartening that on so many of the key issues there is broad consensus. All we need now is a future-proofed bill that includes these ideas and enables us to build and protect our public broadcaster. It is a work  in progress.

MultiChoice and SABC at odds over pay-TV advertising revenue cap

NEWS ANALYSIS: Finally, a glimmer of hope for the SABC

NEWS ANALYSIS: Finally, a glimmer of hope for the SABC