Like eggs and omelettes, the two are intrinsically linked 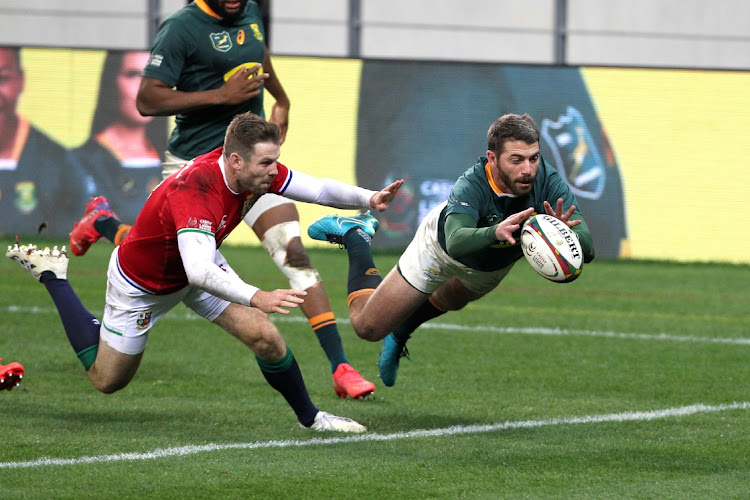 During the build-up to the Test series footage from matches in the ’70s and ’80s highlighted that the British & Irish Lions were content to play here during the worst excesses of apartheid. Tony Ward, a scrumhalf on the 1980 Lions tour, said he knew he had made a mistake as soon as the team landed at Jan Smuts Airport and he saw a “Whites Only” toilet sign. Ward refused to play on the shameful Irish tour to SA the next year.

To say that sport and politics do not mix is like saying eggs are separate from omelettes. They are intrinsically linked. Jesse Owens made a mockery of Germany’s racial theories and politics in Berlin in 1936 by winning four Olympic gold medals. The 1968 Olympics are remembered for the iconic black-gloved fist salute against racial inequity by African-American sprinters Tommie Smith and John Carlos. The choice of the 1972 Munich Olympics for an attack on and murder of Israeli athletes was an intensely political act.

Athletes taking a stand on social issues have now become far more commonplace. Naomi Osaka wore face masks with the names of people killed in police shootings in the US. England’s football players had to remind British politicians they cannot have it both ways by condemning the racial abuse of English players but not supporting that same team when it took a stand against racism by taking the knee.

Sports organisations seem especially tin-eared. Witness the recent decision by the singer Pink to pay the fines the European Handball Championships placed on the Olympic Norwegian beach handball team for wearing shorts rather than bikini bottoms. The decision by European football body Uefa not to allow the city of Munich to light the stadium in LGBTI+ colours is more of the same. The blazers in Uefa did not even need to worry about taking political or financial flak.

Sporting events have always provided the space for political action. Becoming a platform for wider social issues is prevalent. The World Cup in Qatar in 2022 has been mired in controversy for the past 10 years as hundreds of thousands of migrant workers are needed to build stadiums.  About 6,500 workers (mostly south Asians) have died in the past 10 years there (data from the Guardian newspaper, based on International Labour Organisation [ILO] research). Only in 2020, in a deal brokered by the ILO, have changes been made to the work permit (kafala) system that tied workers to employers who kept their passports.

Closer yet is the 2022 Beijing Winter Olympics. In July the European parliament passed a resolution calling on diplomatic officials to boycott the Games in China. A similar move is under way by US legislators. There has been immediate pushback to efforts by Saudi Arabia (not exactly a paragon of human rights) to entice the world’s top golfers to a breakaway tour. It has already attracted a host of other top sporting events, from boxing to Formula One.

The companies that support and fund sport have a huge role to play. Admittedly, these are not easy waters to navigate. Claims of forced labour camps in the Chinese province of Xinjiang have already resulted in several boycotts in China of big Western brands such as H&M that have taken a public stand on the issue.

None of this is going away, in particular as athletes themselves push these issues to the fore. Companies will need to take binary decisions on the public stand they take. By supporting an event in a country with questionable human or labour rights they are indirectly associated with those abuses. This matters in particular for their generation Y and Z consumers, and critically for those who mark their environmental, social and governance scores for investors.

During a lecture the Oxford linguist JL Austin once noted that though a double negative in English implies a positive meaning, there is no language in which a double positive implies a negative. Somebody in the audience piped up: “Yeah, right.”

Few industries will escape being either reformed, restructured or removed. The pre-Covid-19 economy is gone
Opinion
3 months ago

But the replacement of human workers by robots is not happening in the way, and to the extent, expected
Opinion
4 months ago
Next Article