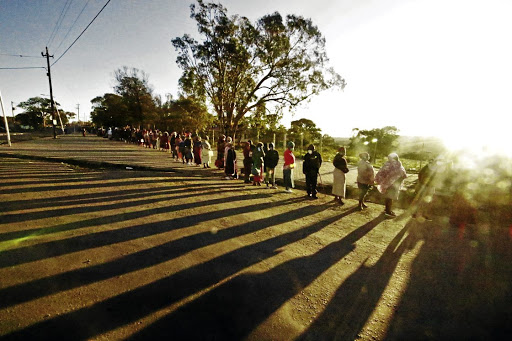 People queue for their social grants near Elliotdale in the Eastern Cape. Picture: LULAMILE FENI

There is general agreement that SA has one of the highest levels of unemployment in the world and as a consequence is a highly unequal society where millions find it hard to make ends meet.

According to Stats SA, the rising level of unemployment, based on a long history of exclusion and worsened most recently by the impact of the Covid-19 pandemic, is the major driver of poverty and inequality.

Based on economic analysis it is possible to identify a number of reasons for the country’s poor performance. As outlined in the government’s “Towards a 25-Year Review 1994-2019” some of the key factors that have led to slowdown in economic activity include:

In the context of rising poverty and hunger made worse by the effect of the Covid-19 pandemic, it is not surprising that there are calls for social protection in the form of a basic income grant (Big). It is a reasonable and legitimate call given the high level of poverty. No-one would disagree with the need to protect vulnerable members of our society. 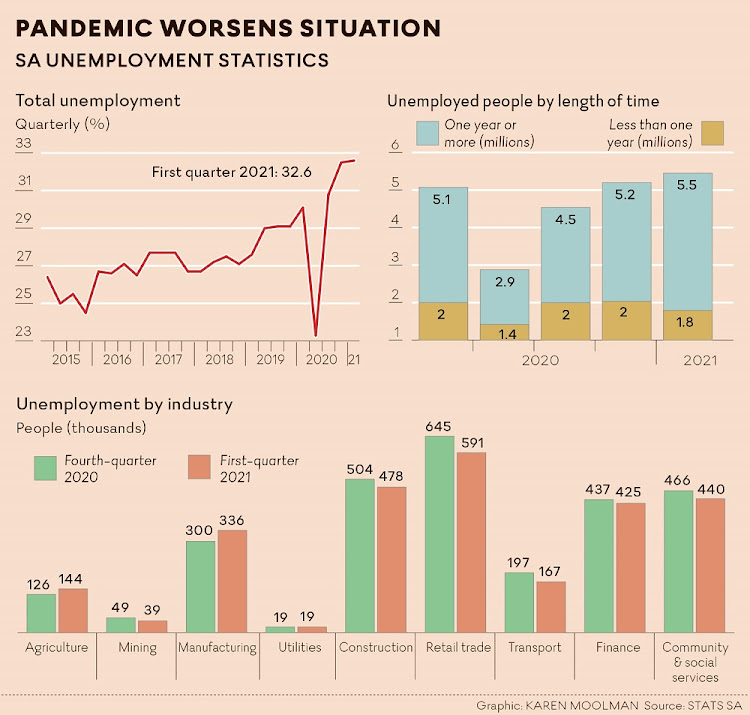 Leaving aside the debate about the affordability of a Big, given other pressures and commitment imposed on the fiscus by the fight against the pandemic as well as other items not budgeted for, such as rising student debt and the funding of Gauteng’s e-tolls, I wish to focus rather on the structural nature of SA’s unemployment, which exhibits the following features:

The question then arises: why should we condemn these young people, the majority of whom are black, to a life as grant recipients? Should we not be investing in their transition into the world of work and more productive, better paying economic activity?

To create a fertile ground for such a strategy we must simultaneously focus on growing the economy. Key elements of such a growth strategy will include, among other things, structural reforms, public investment, particularly in infrastructure, and small, medium and micro enterprise (SMME) support, including access to finance.

This should be accompanied by temporary interventions to cushion the impact on the poor, those who have been affected by the Covid-19 pandemic and those who have been historically marginalised. First, expanded and extended public employment programmes will help create employment opportunities and experience, and second, income support to vulnerable members of our society in addition to the extension of the R350 grant. The design of income support programmes must be temporary and must not involve higher income than public employment programmes, so as to facilitate migration to employment opportunities.

Most importantly, we need a new growth and transformation model for SA that will get us out of the growth trap, focusing first on the extension of social infrastructure to meet basic needs, second on the expansion of economic infrastructure, including energy security, water and transport infrastructure, and third on the promotion of industrial investment and related education and training policies.

To support this we will need appropriate macro policies animated by a series of pro-investment reforms. We will need to further develop the government’s Economic Reconstruction & Recovery Plan from a broad vision statement into a detailed programme for economic reform and economic growth — with the support of the social partners and embedded in the work of relevant government departments at national, provincial and local government levels. Social dialogue and social compacting must be upscaled to facilitate increased private and public levels of investment in economic and social infrastructure.

In summary, we need to be clear on the balance of policies that will best empower our youth for a productive life in future. Temporary interventions to deal with vulnerability will be necessary, and this does not preclude a debate about appropriate social security policies for SA. But we must also be sure to put in place an effective growth and transformation strategy because without growth and transformation the very base of sustaining social security and a better life for all will be eroded.

• Godongwana, a former deputy minister of public enterprises and of economic development, is head of economic transformation for the ANC and chairs the Development Bank of Southern Africa.

I am an ANC member who has been elected to leadership positions, but I am not an employee of the ANC or any government department
Opinion
1 year ago

ENOCH GODONGWANA: Ramaphosa's New Dawn makes him the New Deng of our time