LETTER: Smokescreen to keep our people out 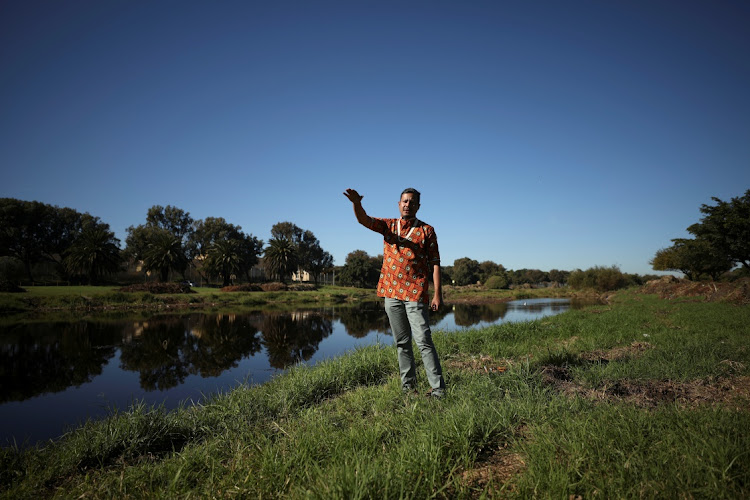 Tauriq Jenkins of the Goringhaicona Khoena Council, a Khoi traditional group opposing a development which includes a new Africa headquarters for US retail giant Amazon, explains the history of the Liesbeek River in Cape Town on May 23 2021. Picture: REUTERS/MIKE HUTCHINGS

The Observatory Civic Association claims to have the support of 60 indigenous groups, but its agenda is not the same as that of the so-called Khoisan groups who want the project stopped. Where was the association for the last 30 years when the indigenous people were fighting for their rights? Now, when there is a move to bring the rightful owners back to their stolen land, it has issues with development.

We reject any suggestion that the association speaks on our behalf as indigenous people. When the golf club was there it was exclusive to some and off-limits to the original land owners. The association’s attempt to stop the development using environmental laws is a smokescreen to keep our people out. It has no interest in the Khoi.

The so-called Khoi organisations that have objected to the development have their own agenda. They are power hungry. Show me one of those leaders who has started any project to benefit the Khoi people or involve the Khoi nation. Many of the leaders of this so-called organisation are “lone rangers” who have no people behind them. They sit behind their laptops and watch when other leaders or organisations start projects, then object and disrupt progress until they can take over.

Our people will not sit back and get defeated as when the British came and stole our land. The Observatory Civic Association has no right to our land.

Goodleaf to expand into the UK and Western Europe

Goodleaf to expand into the UK and Western Europe