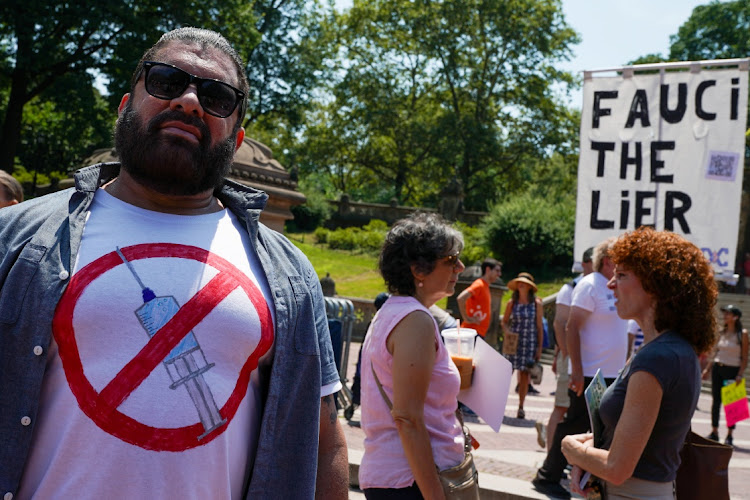 Representative Clay Higgins, a Louisiana Republican, is a controversial former police officer and car dealer. The “Cajun John Wayne” is neither a virologist nor an epidemiologist, and he has disclosed that he contracted Covid-19 (or what he calls “the CCP biological attack weaponised virus”) for the second time. He has not said if he has been vaccinated but suggested on Facebook that he plans to treat his malady with “western, eastern, and holistic variables”.

Providing informed public health guidance — and requiring compliance — is not his thing, anyway.

“If you want to get vaccinated, get vaccinated. If you want to wear a mask, wear a mask. If you don’t, then don’t. That’s your right as a free American,” he noted on Facebook in May. “I do not support mandatory vaccines, mask mandates, or any form of required vaccine passport. In fact, I am introducing legislation making mandated or forced compliance with medical procedures a federal crime.”

Attempting to criminalise public health measures, which can intimidate health experts even if legislation never passes, dovetails with the philosophy and tactics of Higgins’s fellow travellers. As the Washington Post reported on Sunday, Republican legislators nationwide continue to invoke updated versions of “Don’t Tread On Me” and rugged individualism to constrain medical experts they regard as embodiments of government overreach. The supreme court has been sympathetic to some of this.

Unlimited executive powers, couched in the language of a never-ending emergency, are well worth monitoring and checking, of course. Debates around the Patriot Act and limitations on presidential powers in the wake of the September 11 terrorist attacks were healthy and necessary. They also became more heated each time the act was reauthorised because years had passed since the emergency that originally inspired it.

We certainly have not fully escaped the Covid-19 emergency, however, as the Delta variant keeps reminding us. Future versions of the virus might continue teaching us the same lesson. And federal and state governments’ dangerous and lacklustre response to Covid-19’s initial onslaught has not been upgraded nearly enough to give anyone confidence that politicians, conspiracy theorists, rodeo clowns and other non-experts should be restraining their more deeply informed and experienced compatriots.

Headbutting over threats to individualism has a pedigree in the US stretching from the Revolution and Civil War through the New Deal and into the Reagan and Trump years. Sometimes the arguments against a strong central government, and advocacy for individual rights, have been principled. They have often been used to mask and enable selfishness or predatory, grotesque behaviour (slavery and greed come to mind). Sometimes, particularly in the anti-mask, anti-vaccine fanaticism of the Covid-19 era, they’re cartoonish and deadly.

A North Dakota law would prohibit mask mandates, even if there was a tuberculosis outbreak. An Ohio law essentially gives unilateral power to the state legislature to manage the spread of contagious diseases, undermining local health agencies’ ability to respond quickly to medical emergencies. A Montana law bans the use of quarantines for infected individuals who are not symptomatic, undercutting a basic tool used to spread the outbreak of diseases.

Some private and public organisations in the US and in other countries have decided that the only way to keep a safe distance from individualistas is to forbid them entry until they have been vaccinated. Perhaps that was inevitable, now that gentler forms of persuasion appear to have run their course even though Covid-19 has not.

The economy, markets, jobs, communities, families and future generations are at risk, otherwise, because Mother Nature has shown little patience with the anti-factual hubris of folks like Higgins.

“I would die rather than sacrifice my principles,” Higgins said in 2016 when he resigned as a police officer after a public backlash against his conduct on the job. “I would leave my wife without a husband, my children without a daddy, rather than kneel to the very forces of evil that I have so long stood against.”

Respecting reality and expertise is not submission, though. And when you are willing to put your self-interest ahead of the wellbeing of people and communities that depend on you, a new philosophy is in order.

The UK has bet everything on the vaccine being its exit route out of the pandemic, the rest of the world be damned
Opinion
11 months ago

In instances where access to vaccines is limited or impossible, drugs can be a manageable alternative
Life
11 months ago

Even Merck, the drug’s owner, is sceptical of its usefulness against the coronavirus
World
11 months ago
Next Article