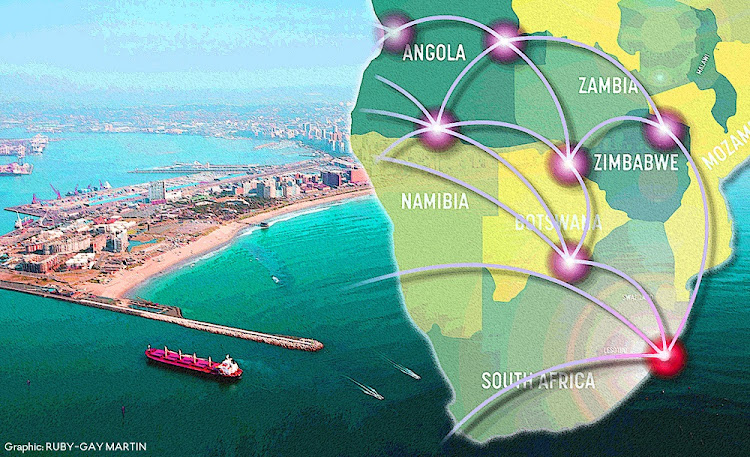 SA has just experienced a supply-side shock. Social unrest and resultant damage to economic infrastructure will have a short-term inflationary impact and a long-term effect on the economic competitiveness of KwaZulu-Natal and the national economy.

A supply shock has been described as an unexpected event, a “black swan” perhaps, that has a sudden and significant effect on the supply of a product or commodity and its pricing.

Ground zero of the supply shock after recent events in SA has been KwaZulu-Natal, SA’s second-largest provincial economy accounting for 16% of national GDP. Durban port is among the three largest in Africa, handling 31.4-million tonnes of cargo a year (2019) and accounting for about 60% of all SA’s trade.

Intellidex is already forecasting a downward revision to SA’s GDP growth of 0.7 of a percentage point this year to 3.1% following a GDP loss of about R40bn. Other forecasters expect an even more negative impact.

The SA Petroleum Refinery (Sapref), which has a capacity of 180,000 barrels a day and is located just south of Durban port, accounts for more than a third of the country’s petroleum demand. Its closure for most of last week has had a severe impact on the supply of petroleum products into the national economy.

Durban is a strategic hub, not only for SA but for the wider Southern African Development Community (Sadc). The supply shock has reverberated through the region. Quoted in Zimbabwe’s Business Times last week, local industrialist Sifelani Jabangwe said: “We have an umbilical cord relationship with SA, and we struggle to survive without them.”

Zimbabwe sources 58% of its raw materials from SA and exports 65% of its trade through its southern neighbour. Beyond Zimbabwe, trade along the north-south corridor through Botswana, Zambia and Malawi is also being disrupted.

There are precedents in which such immediate supply shocks have resulted in an economic hit, including New Orleans after Hurricane Katrina (August 2005), the Arab Spring in Tunisia (December 2010), the tsunami that destroyed the Fukushima nuclear power station in Japan (March 2011), and the explosion in the port of Lebanon’s capital, Beirut (August 2020).

What can we to expect based on the supply shocks that have happened in recent economic history? When Hurricane Katrina hit New Orleans it devastated lives, homes and oil and gas production. This had a dramatic inflationary impact throughout the wider economy. Natural gas prices surged to record levels, with the US Federal Reserve responding with interest rate hikes.

The hurricane inflicted huge damage on the city’s food retail market infrastructure, affecting the lives of residents to such an extent that about 400,000 people fled the city in the weeks after the hurricane.

The revolution that became known as the Arab Spring broke out in Tunis, Tunisia, in December 2010. Within a month social unrest had left more than 200 people dead and swept the country’s president, Zine El Abidine Ben Ali, from power. The shutdown of critical infrastructure and consequent supply shock was also worsened by a demand shock.

The African Development Bank estimated that the upheavals cost the country about 4% of GDP, with the loss of tourism receipts, business disruption, delayed investments and thousands of jobs. After the revolution the underlying structural problems of unemployment, especially among the youth, remained an intractable problem, hindering economic recovery and fuelling further social unrest.

The tsunami that hit the Fukushima nuclear power plant resulted in infrastructure damage of more than $250bn, with economic activity severely constrained in its immediate aftermath. Bottlenecks in the domestic economy resulted in pressure on prices. Reconstruction spending was financed by significant bond purchases by Japan’s central bank, something the SA fiscus is unable to bear.

Future budget planning could well result in an allocation for a reconstruction effort. Damaged infrastructure causing supply side blockages is highly inflationary and may result in an earlier turn in the interest rate cycle in SA to temper it, increasing debt servicing costs for business.

The most recent supply shock took place in Beirut last year after a huge explosion at the city’s port, which accounted for nearly 80% of trade in the economy. Already in free fall, the blast intensified the country’s already deteriorating economic situation. Food security caused by hyperinflation was already a pressing concern in Lebanon.

After the destruction around the port and city the World Food Programme estimated that immediate assistance was needed for about 150,000 people who were directly affected. Lebanon’s crisis continues. The explosion merely worsened the country’s shocking economic management, made worse by political corruption.

What then are the immediate observations and lessons perhaps around managing the supply shock? Short-term humanitarian relief for affected communities who no longer have access to food and basic necessities due to the collapse of formal retail channels is imperative. Social stability will remain tenuous until these needs are met.

The government should respond with tax cuts for impacted business in the immediate KwaZulu-Natal region, with a special dispensation for small, medium and micro enterprises (SMMEs). If unable to provide direct fiscal support through existing Covid-19 relief funds or new budgetary measures, tax relief should be provided immediately by the state.

Essential infrastructure should be secured and restarted with haste. It will be necessary to put in place 24/7 operations in the coming weeks to clear the huge backlogs in cargo that have built up at the Durban port, which is a chokepoint for the economy.

Over the longer term key infrastructure nodes need rethinking. About 80% of freight between Durban and Gauteng is carried on the N3. The unrest has revealed the vulnerability of this route and the overdependence of not just the local economy but the wider region on the N3 corridor. This is compounded by the tragic decay of the cargo-carrying inland rail infrastructure in recent times.

Economically enabling infrastructure is a strategic asset and needs to be safeguarded. This arterial trunk route needs to be managed and protected at all costs. In the face of domestic shock events, a lack of strategic thinking around logistics and national security is evident and needs to be addressed urgently.

• Dr Davies is MD of emerging markets & Africa at Deloitte.

Besides rooting out security threats, the government needs to single-mindedly drive pro-growth reform and economic stimulus
Opinion
1 year ago

Government needs to see the private sector as a true partner, whose expertise and capital can leverage its plans
Opinion
1 year ago

SA has not enjoyed the benefits of statehood after 1994, when class rather than race began determining apartness
Opinion
1 year ago

Studies found empirical evidence that higher taxes, especially those used to fund transfers such as the Big, reduce economic growth
Opinion
1 year ago

VUMA NGCOBO: Mass looting and violence — could we have seen this coming?

Indlulamithi  scenarios pointed squarely towards the civil unrest that struck last week, and SA continues to slide towards ‘Gwara Gwara’  if the ...
Opinion
1 year ago