Another collective trauma, another marriage boom

Such events force people to re-evaluate their priorities and their partners: some tie the knot; others get divorced; others do both, repeatedly 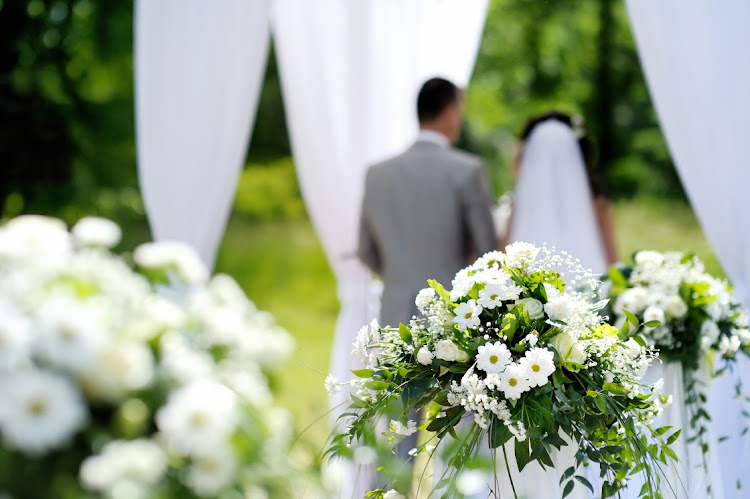 For whom do wedding bells toll? A growing number of Americans, apparently. Everything from a surge in engagement ring sales to booked-up venue rentals indicate we’re headed for a major marriage boom.

Writing this off to pent-up demand doesn’t fully capture what’s happening here, for better or worse. The history of previous marriage booms suggests that human emotions, particularly those associated with collective traumas, can play a big role in nudging people to the altar — and then ensuring they remain married or pushing them to split up.

If you look at marriage booms and busts over the long run, a few trends stand out. The first and most obvious is that economic distress puts the kibosh on tying the knot. Data scientist Randal Olson compiled the data to show the effects of major events like world wars and economic crashes on US marriage and divorce rates.

The data conclusively shows that the Great Depression profoundly suppressed marriages. A recent study that examined the 20% decline in marriage rates from 1929 to 1933 determined that this precipitous drop was a direct consequence of economic hardship, with the biggest declines in marriage rates coming in areas hit hardest by the calamity. (Something similar, if less dramatic, happened in the wake of our own generation’s Great Recession.)

What’s interesting, though, is that the study found marriages consummated during economic downturns actually proved longer-lasting than unions in periods of relative prosperity — possibly because of the stronger bonds forged by enduring tumultuous times together. This highlights an important, if little-appreciated dimension of the ebb and flow of marriage rates: quantity isn’t the same as quality. That's something to keep in mind as the wedding bells ring anew.

If economic traumas depress marriage rates, other types of society-wide shocks goose them far more dramatically than the simple return of prosperity. Wars, for example, almost always spark significant increases in unions. This was true in the wake of World Wars 1 and 2, as returning soldiers got married in great numbers in almost all Western nations affected by the conflict.

A good case in point is France. Before the end of World War 1, the number of newlyweds each year had dropped to about four for every 1,000 people. Once peace returned, that number skyrocketed to 32 — a rise of 800%. Other nations registered comparable, if lesser, increases, though it’s worth mentioning that 1918 also witnessed a global pandemic that left least 50-million people dead — precisely the kind of catastrophe that might contribute to marital turnover. Likewise, in the wake of World War 2, the huge increase in US weddings beget another, more famous burst of activity: the baby boom.

But again, there’s more to the story than deferred decisions. What often gets left out of these stories of postwar marriage booms is the fact that divorce increased as well at this time, often dramatically. In fact, the only significant spike in divorces in the US in the past century and a half took place right at the end of the World War 2, when a number of impulsive, ill-conceived marriages forged as lovers prepared to leave for war unravelled.

This hints at another deeper truth. When a collective trauma hits a society, it forces people to re-evaluate their priorities and their partners. Questions that may have seemed remote or irrelevant — whether, for example, they wanted to grow old alone — suddenly acquire new urgency. Some individuals tie the knot; others get divorced; others do both, repeatedly.

While military conflicts fuel these changes, natural disasters can, too. Consider the earthquake that hit San Francisco in 1906. A group of genealogists researching the event recently noticed that while the quake may have reduced the city to rubble, it apparently sparked a wave of marriages in the month afterward as men and women thrown together in refugee camps fell in love — and immediately married.

This was captured in the number of marriage licences issued in San Francisco in the month after the quake. And it was also reflected in more subtle evidence, such as urgent orders from jewellers for shipments of engagement rings. All of this made for surreal juxtapositions, with couples starting out their lives together against the backdrop of ruins and destruction. One newspaper, commenting on the spectacle, quipped that “people who have to be earthquaked into marriage ought not to be thrown into the divorce court by any less cataclysm.”

This same pattern has held in other natural disasters. While there’s relatively little academic literature on the topic, two intriguing studies on the effects of earthquakes in China and Hurricane Hugo in Florida found much the same thing: statistically significant increases in both marriage and divorce. In the case of Florida, the researchers persuasively showed how counties in the state declared “disaster areas” had far greater levels of matrimonial churn than those spared the worst effects of the hurricane.

What's less well understood — though no less important — is the quality of the unions forged in the shadow of a disaster, whether it’s an economic calamity, a war or a pandemic. What little research that exists suggests that disasters created by fellow humans — terrorist attacks like the Oklahoma City Bombing or 9/11, for example — actually depresses divorce rates in areas directly affected by the calamity. By contrast, natural disasters seem to fuel both divorce and marriages.

All of this suggests that the Covid-19 pandemic may well have lasting effects on the marital status of many Americans. It may speed some divorces, yes. But that's countered by the huge swell of weddings across the country that we're beginning to see. And that may even lead to a baby boom that could help slow the long-term declines in fertility — though that’s a more open question.

Whether these marriages last, though, is another matter. And on that note, it’s worth considering one final piece of research on weddings conducted by two economists. They found that the money couples spent on wedding rings and the ceremony itself was inversely related to the long-term viability of the marriage. The more ostentatious the wedding, the less likely it would endure.

If you’re invited to a post-pandemic wedding, then, don’t worry if it’s a simple, understated, inexpensive affair. These are the couples whose unions are most likely stand the test of time, no matter what disasters await us in the coming years.

BIG READ: Why you should treasure your friends

Lovers and children are great but friends are more than ever the heart of happiness, of family and of love itself, writes Anna Machin
Life
3 weeks ago

BOOK REVIEW: Barbados may be paradise for some, but not for others

‘How the One-Armed Sister Sweeps her House’ is a visceral novel of love, patriarchy and self-determination
Life
3 weeks ago

FRIENDSHIP: How Covid tests the ties that bind