How has the West attempted to counter China’s influence in Africa? 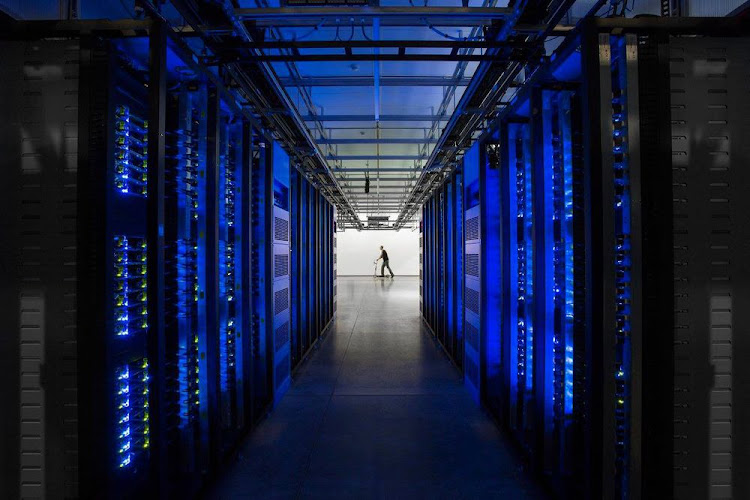 Senegal is set to become the first African country to replicate the Chinese model of implementing local domestic servers and data centres, a move aimed at strengthening the country’s digital sovereignty.

In late June Senegal announced plans to move all of its government data and digital platforms to a new national data centre. The restructuring of the centre will cost €70m and will be funded by a loan from the Chinese government. Chinese technology company Huawei will be providing material support.

This is not the first time the Chinese government has stepped forward to finance digital infrastructure in Senegal. China is involved in funding the country’s e-government and Smart Senegal infrastructure projects, as well as establishing a national broadband network. Also in West Africa, in October 2020 the government in Ivory Coast signed a deal enabling Huawei to co-design its national digital economy strategy, called “Côte d’Ivoire Numérique 2030”. Huawei will also assist the Ivorian government in establishing a broadband strategy.

In June, the Nigerian government banned Twitter after the tech company removed a tweet from Nigerian President Muhammadu Buhari’s account. It was subsequently reported by the Foundation for Investigative Journalism that Nigerian government officials (including Buhari’s chief of staff and the information & culture minister) had met representatives from the Cyberspace Administration of China to discuss how China’s “Great Firewall” could be implemented in Nigeria.

Nigeria is echoing a worrisome trend in Africa: in 2021 alone Niger, the Republic of the Congo, Senegal, Eswatini and Uganda have limited media and turned off the internet during elections and political protests. However, an important precedent is being set in Eswatini, with a coalition of civil society activists taking cellular-services operator MTN to court in a bid to force the company to restore internet services.

China’s flexing must be seen within the context of its Digital Silk Road programme, which it launched in 2015. This is a component of the Belt & Road Initiative, which was established in 2013 with the goal of international infrastructure investment. The Digital Silk Road programme delivers digital infrastructure, including next-generation cellular networks, fibreoptic cables and data centres to partner countries.

Thus far Angola, Ethiopia, Nigeria, Zambia and Zimbabwe have benefited from the project, with an estimated investment value totalling $8.43bn. Unsurprisingly, a 2018 study by the Infrastructure Consortium for Africa found that, after African governments, China was the continent’s second-largest source of infrastructure financing, committing $25.7bn to African countries that year.

Huawei is the dominant digital player on the continent: almost 70% of Africa’s 4G infrastructure is reliant on the company’s technology. The US and Europe’s concerns that Huawei’s equipment can be used for espionage on their governments and citizens does not seem as pressing a concern for African countries. In 2019, at a summit on the digital economy, SA President Cyril Ramaphosa countered: “We support a company that is going to take our country and indeed the world to better technologies, and that is 5G. We cannot afford to have our economy be held back because of this fight [between the US and China].”

Nokia and Ericsson are potential European alternatives to Huawei in Africa, however, their business and operational footprints in Africa are limited.

How has the West attempted to counter China’s influence in Africa? In June, the G7 launched its Build Back Better World programme, which “will provide a transparent infrastructure partnership to help narrow the $40-trillion needed by developing nations by 2035.” However, the programme is in its early stages, and its effectiveness is yet to be proven.

The US’s International Development Finance Corporation, which would undertake the information and communications technology (ICT) infrastructure funding, was described in December by the head of the Eurasia Group as a “soft-power agency ... but it isn’t a game-changer, certainly not in the context of Belt & Road”.

At a multilateral level the EU and AU have established a digital economy task force and produced a report containing policy recommendations on how Africa can accelerate the growth of its digital economy. The European Commission has floated the idea of creating a Digital Connectivity Fund that aims to assist to bridge the digital divide by investing in international connectivity networks. But beyond reports there has been no tangible outcome of the partnership to date.

Policies that prioritise connectivity, e-commerce, e-governance and enhancing ICT skills are prominently featured in all African governments’ Covid-19 recovery strategies. African governments must think strategically about how they navigate the geopolitics, ensuring the paths chosen enable and support their digital economy goals.

Ramaphosa has aptly expressed sentiments that most African leaders share, of active support for foreign governments and companies that can tangibly assist African governments with their connectivity and digital economy challenges. Reports, partnerships, conferences, and statements (the traditional elements of soft power) that bring no palpable benefit will hold little sway.

If the West is serious about countering the influence of China in Africa it needs to be more aggressive and generous in what it offers African governments. Hard power rules supreme.

The superpower isn't a major investor and exports to it are small, compared to other African countries
Opinion
11 months ago

Governments are trying to resolve issues on taxes and privacy, but the real danger lies in the system’s scaffolding of sensationalism
Opinion
11 months ago