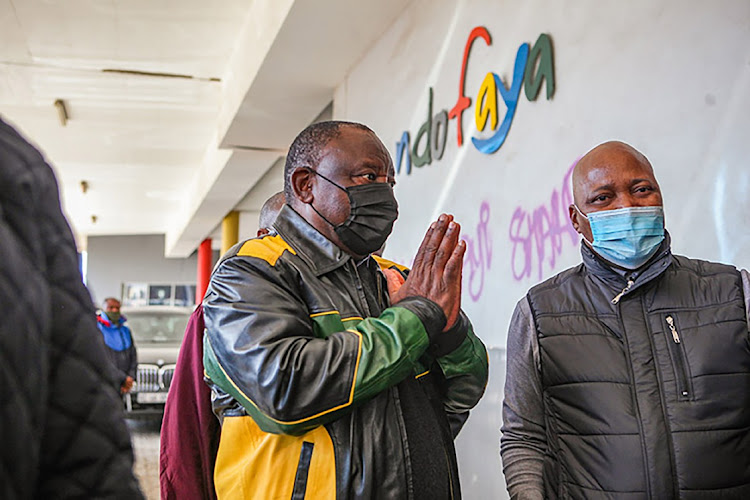 Few organisations can match the International Labour Organization (ILO) in respect of experience in negotiation. As a global tripartite body, unions, business and governments have been negotiating here constantly since the ILO’s foundation in 1919.

Over the years I have noticed three traits that are inherent in the top negotiators. First, the ability to understand the other side. Even if circumstances favour your arguments, humiliating the opposition with a big win will have consequences the next time you get around the table. In the ILO there is an expression that does the rounds after lengthy successful negotiations. “This is a result we can live with”. It generally means everybody got some of what they wanted.

A second is the ability to keep your word. Another expression that does the rounds in the ILO after a bad faith breach is “Fool me once, shame on you. Fool me twice, shame on me.” Bad faith negotiations may lead to a win, but probably not a second one.

Finally, being pragmatic and seeing the bigger picture. Often what that entails is walking away from a negotiation with “a result we can live with”, with an eye on the next negotiation when further extractions are possible. It is a long game.

A key appendage to negotiation is advocacy. Pleading your case to get into the room in the first place. It is about advocating a vision for society and then negotiating with competing interests to achieve it. Many of the best advocates and negotiators go on to have successful political careers. President Cyril Ramaphosa, who also passed through the ILO’s halls as both a trade unionist and on the government side, is one of them.

In a BBC Hard Talk interview in 2019 he was badgered by the hard-hitting Zeinab Badawi that he was moving too slowly and urgent action was needed, such was the crisis in SA. Ramaphosa replied that lots of small important things were happening and they took time to bear fruit. His domestic critics have been exasperated by the “it takes time” argument as the country faces multiple crises. Yet reform is like taking a bone from a dog. You either do it very quickly (and risk getting bitten) or more slowly with more guile.

As a veteran negotiator and observer of different and competing interests Ramaphosa knows this well. In the 1990s, as the country teetered on the brink of civil war, it was his consensus making and advocacy skills that helped steer the country through an existential crisis. When the Irish peace process was at it rockiest in the mid-1990s, Ramaphosa was a familiar figure on Irish television screens as he criss-crossed the hills and bogs of Ireland verifying that the IRA had in fact decommissioned its weapons. Ramaphosa was the collective choice to do this very delicate task. Everybody trusted him.

Putting SA back on a stable course to not just economic growth and social advancement but in restoring key institutions of the state is a mammoth task. It is a job for the tortoise, not the hare. The disastrous turn of events in the past 10 days have made that task infinitely harder, and the bill from days of looting and destruction is high. In rand terms it is billions. However, the jailing of Jacob Zuma sent a vital message to international investors. The rule of law in SA is sacrosanct. That is also worth billions.

A key thing good advocates do is present an alternative vision for the future and make the case for it. In the aftermath of the worst civil unrest in living memory the president should set out his pitch of what success looks like. Not in moon-shot aspirational language, but a more granular, realistic vision of where the country could be in five years if the right things are done. People can buy into that.

The unrest has shown how high the stakes are. Coming at a time when many small positive things are happening, it is a huge step backwards. But if the best line the opposition can come up with is to urge people to loot responsibly, you have an opposition that can be defeated.

On his deathbed, French philosopher Voltaire was asked to renounce the devil, and said he didn’t think it was a good time to be making unnecessary enemies. It’s a great line that sums up the approaches of the best negotiators and advocates. They will be needed as we navigate the immediate future, managing competing and adversarial interests while keeping an eye on the bigger prize — a result “we can all live with”.

• Rynhart is a specialist in employers’ activities with the International Labour Organization, based in SA. He is author of ‘Colouring the Future: Why the UN Plan to End Poverty and Wars is Working’.

At least the president defends the constitutional order in SA. But is that enough?
Opinion
11 months ago

Despite the destruction that raged through SA's streets this week, there is much that should fill our hearts with hope, writes Marc Lubner
Opinion
11 months ago

Acts of treason and sabotage against people, property and the economy need to be dealt with swiftly and decisively
Opinion
11 months ago

PETER BRUCE: State of emergency is too much — unless your wife has run out of petrol

Cyril Ramaphosa blinked, leaving a mall-sized void between ducking the public and a massacre
Opinion
11 months ago
Next Article