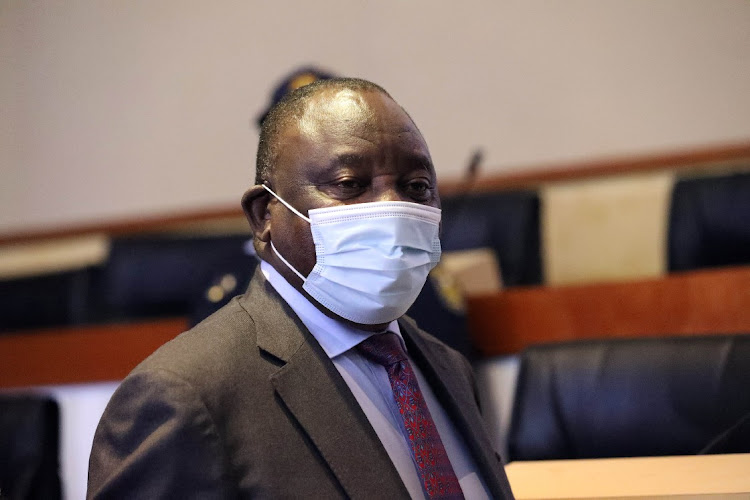 December 2015 was a dark month for the economy. It saw its single biggest attack before till now. Jacob Zuma fired then finance minister Nhlanhla Nene for a “secondment” to the Brics bank, a deployment we later learnt never existed. Zuma replaced Nene with a relatively unknown local government man, Des van Rooyen.

The rand went into free fall and an estimated half-a-trillion rand was wiped off the SA economy. There was no end to the bleeding in sight over that weekend and business leaders had to act. More than 100 of the country’s top CEOs met Zuma and pressured him into reversing the appointment.

Zuma acquiesced and pulled Pravin Gordhan out of the obscurity of co-operative governance and traditional affairs and once again gave him the reins over the national wallet, and so came to an end Van Rooyen’s four-day stint as finance minister.

That was perhaps the business community’s biggest act of accountability over the executive that we have witnessed during our democratic dispensation. SA’s business community had never been so united in a single action. They had to build such tough solidarity within a matter of hours because they realised that the already brittle economy was on the brink of total collapse.

Beyond that, the Zuma administration was underscored by a more than half a decade long “investment boycott”. And while that wasn’t quite an accountability tool, it signalled strong discontent by the business community.

Given how vastly Ramaphosa’s CR17 campaign was sponsored by business leaders, one would think the relationship between Ramaphosa and the business community would be one premised on an open-door policy. It certainly seemed that way in 2019 when barely a week after the elections, Ramaphosa addressed investors and business leaders at the beck and call of Goldman Sachs in a room filled with smiles and optimism.

Ramaphosa promised all sorts of reforms and growth, much of which is yet to be seen. Perhaps Ramaphosa had all the intention of growing and reforming the economy but Covid-19 was a spanner in his yet-to-be-seen reformist works: I’m assuming the best case scenario here.

At the same time, Ramaphosa put together a two very crucial councils to focus on steering the country through Covid-19. The National Coronavirus Command Council as well as the Presidential Co-ordinating Council, both of which are chaired by the president, yet none of these councils have any members representing the business community on it to directly advice the president alongside other government leaders and medical experts on regulations and interventions to be taken to tackle Covid-19.

Then came the week of brutal reckoning that we are currently experiencing. The 100-large contingent of CEOs that summoned Zuma to an urgent meeting to address the Nene firing seemingly couldn’t do the same this time around when Ramaphosa’s political ineptitude and vacuous leadership took the country to the brink of shattering.

It is time that the business community realises that Ramaphosa sold them a dud and they bought it. Business leaders need to disbelieve in the myth of good faith leadership by Ramaphosa so that they can finally hold Ramaphosa account the same way they did Zuma.

The business community would not have allowed Zuma to blunder the country’s vaccine procurement and vaccine roll out programme the way Ramaphosa has. Neither would they have allowed Zuma to go six months without appointing a new minister in the presidency while letting the minister who is suppose to rescue small businesses in the country act in that position.

They would not have allowed Zuma to go an entire month without appointing a health minister in the middle of a devastating and brutal pandemic, and right in the middle of our deadliest wave, while letting the minister responsible for rescuing the tourism industry act in that position.

The business community would have, by now, called for the heads of the minister of police and the minister of state security, or at the very least agitated for a cabinet reshuffle. None of this has happened yet because business leaders either believe that Ramaphosa knows what he is doing and has control, or they’re too embarrassed to admit that the guy they endorsed failed.

The fact of Ramaphosa’s presidency is that he has run out of ideas on how to grow the economy; he has failed to create any of the one-million jobs that he promised; he has a weak and mediocre cabinet and he is bogged down in factional battles at the expense of the country. If this week has proven anything, it is that Ramaphosa has no authority and influence left over the hearts, minds and behaviour of South Africans.

The business community is in deep denial about Ramaphosa and they need to snap out of it before it is too late.

Deep in the crevices of the party lies a slew of political opponents ready to fill the Magashule lacuna, and so the tournament continues
Opinion
1 year ago

The security forces, caught with their pants down, have failed in their responsibility to protect
Opinion
10 months ago

Will the military hammer be able to pound the cork back into the bottle, now that the protests have outgrown Zuma, Ramaphosa or political agendas?
Opinion
10 months ago
Next Article