Given the safety profile of Ivermectin, there is nothing to lose and there's a good possibility of saving many lives and slowing the pandemic 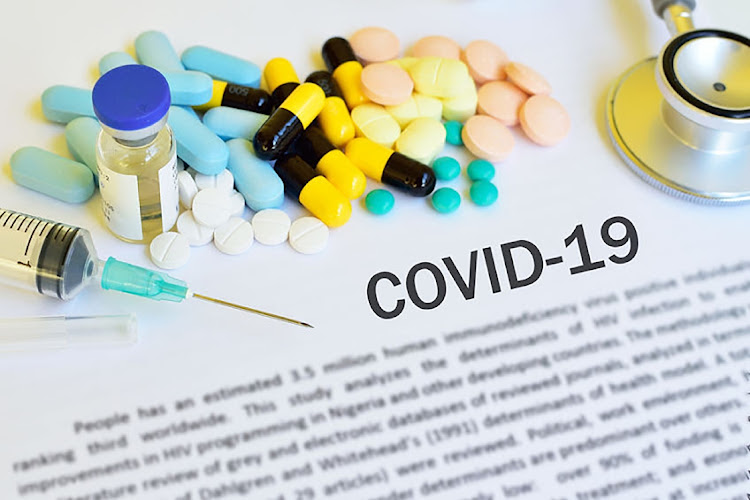 The Ivermectin battle of ideologies on safety and efficacy pits a group of doctors who deal with dying patients every day against bureaucrat academic clinicians. These academic clinicians have dismissed all evidence, favouring a single, large randomised trial that is entirely appropriate for novel drug development but not for pandemics.

This is akin to a person suffering a heart attack and refusing to be taken to hospital in a Toyota, choosing to wait for a Rolls-Royce.

If science is pure, there should not really be a debate, but there is, and it's purely on the interpretation of science.  The Ivermectin meta-analyses have shown that subjectivity in science does happen, something the layperson is made to believe is not possible.

Unfortunately, scientific fraud has also muddied the picture on both sides of the Ivermectin divide. The Elgazzar Ivermectin study, which showed Ivermectin to be highly effective, has been removed from the preprint website for unethical scientific reporting.  If this is found to be true it is unforgivable and the authors need to be dealt with.

I’ve no doubt that this will be used to discredit Ivermectin, but it is one of many trials showing efficacy and will be shown to have little weight in the meta-analyses. Just because one lawyer is guilty of corruption does not mean all lawyers are corrupt. In the same vein, a study published in leading medical journal Lancet, showed that hydroxychloroquine as a treatment for Covid-19 was associated with an increased risk of death in patients hospitalised with the disease. However, it was found to be fraudulent and the Lancet was forced to retract the paper.

The SA National Essential Medicines List Committee (NEMLC), which has published its methods on its website, has produced an in-house rapid-review on Ivermectin, which continues to find that Ivermectin should not be used outside clinical trials. This review is not peer-reviewed. The scientific community emphasises the importance of peer-review publication, but our regulatory authorities seem not to. To illustrate the degree of subjectivity, I was in a meeting with one of the authors from the Bryant paper and a NEMLC member. In the discussion the latter stated that while they are aware of the work done in their preprint paper, they disagree with it. Simple!

The methods used in the Ivermectin meta-analyses by Bryant et al are exact. They have a very low risk of bias in themselves. Meta-analyses pool data from several studies to report for a larger sample size than the studies themselves. The heterogeneity of the studies is addressed with rigorous methods to reduce the effect of bias from the individual studies. Bryant et al have careers in data and research analysis. They have prepared decision-to-treat recommendations for international and country-level health bodies.

Their analysis included 24 randomised controlled trials that showed both positive and negative outcomes. The recommendation, among others, is that with moderate certainty Ivermectin could reduce mortality by an average of 62%. Moderate certainty means there is a good chance it is effective to this level.

From looking at their methods in their peer-reviewed publication I believe the selection and interpretation of results were unbiased and currently provide us with recommendations that are more than sufficient to validate the positive effects of Ivermectin for treating Covid-19.

Simply put, SA’s response is now guided by the recommendations of an in-house team over a peer-reviewed, rigorously prepared meta-analysis. The NEMLC document is the guidance observed by all health department facilities and also some private hospitals.

Concerning the Ivercor-Covid-19 trial, it's a pity all those who have stated that this study is proof that Ivermectin doesn’t work did not read the paper in its entirety. The authors themselves declare in the limitations of their research that the doses given are were low.

As the pandemic has progressed, experience on the ground has shown that Ivermectin is effective at higher doses. Initial recommended doses were low, having been informed by the dosages for anti-parasite treatment. Unfortunately, many trials that are now being run or are completed are using low doses based on earlier assumptions. Even the upcoming Oxford Principle trial of Ivermectin follows low dose regimes that may be insufficient to show effect.

The Lopez-Medina study in Colombia is also often cited as demonstrating that Ivermectin is ineffective. Yet it was so fraught with protocol violations that I would not have submitted the article for publication if I were the principal investigator.

The NEMLC has put the health of our people at risk by recommending against the use of Ivermectin even though it is legally available in SA for off-label use or in the compassionate use programme. Proper evidence-based medicine involves looking at all current evidence conscientiously, not just at a few trials.

During the latter half of the last century our ways of doing science have developed in times of stability and relative prosperity. However, we are in chaos now. We need new thinking. Those in authority are still pushing for their conventional methods for science, which insists that “reality must obey our models... otherwise reality cannot be correct”.

We need more than just a few clinical experts making decisions for our country now that we are hitting this third wave. I believe it is time to put together a multidisciplinary team to examine the arguments of those saying that the totality of evidence points to the necessity of making a Type 1 decision now, roll out Ivermectin.

Given the safety profile of Ivermectin, with nearly 4bn doses given since the 1980s, there is nothing to lose. At worst, it would be like taking an aspirin to ease pain for a bee sting. It won’t harm, but it may help.

If Ivermectin is used, there is a good possibility of saving many lives and slowing down the pandemic. But suppose we have to wait for that elusive large double-blind, randomised control trial (the Rolls-Royce) that will provide the ultimate certainty of the gold standard. In that case, there may be many thousands of unnecessary deaths still to come.

• Dr Aldous is a professor and healthcare scientist at the University of KwaZulu-Natal Medical School, where she runs the doctoral academy at the College of Health Sciences. She has published over 130 peer-reviewed articles in rated journals. Dr Parker, an international public health specialist, has worked in more than 20 countries on health and development concerns, with a focus on translating research into strategic policy.

Even Merck, the drug’s owner, is sceptical of its usefulness against the coronavirus
World
1 year ago

Extensive study shows ivermectin can reduce the risk of infection by 92.5% and is the standard of care in many countries
Opinion
1 year ago

Police seize smuggled ivermectin worth R126m at OR Tambo