While corporates pay lip service to improving workers’ earnings, many of them don’t seem eager to do so 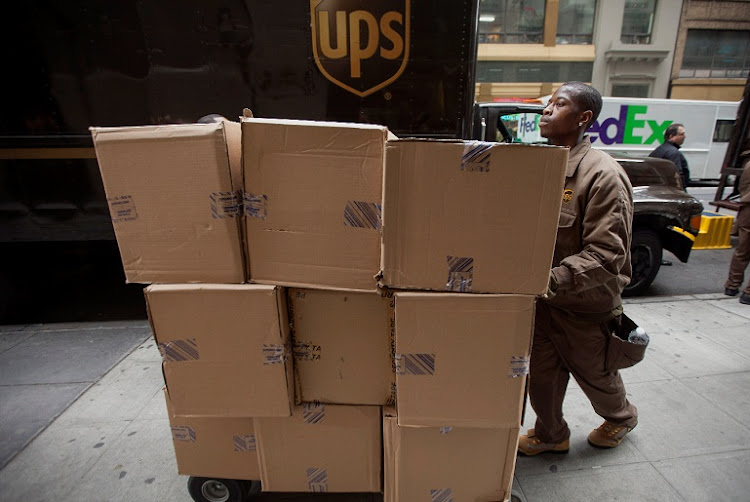 While Congress and the White House wrangle over spending on infrastructure and social programmes, the most pressing problem for the US remains little acknowledged and unaddressed:  tens of millions of people work full time and cannot afford food, clothes, housing, health care and a proper education for their children.

Their struggle is sowing division, fanning political and social tensions and raising doubts in many Americans’ minds about the merits of capitalism and democracy.

It does not have to be this way. A living wage is attainable for everyone who works full time, but it will require business and government leaders to recognise the problem and work together to fix it, which many of them do not seem eager to do. Despite the chatter in corporate US about stakeholder capitalism and the importance of workers, about half of the employees of the biggest US companies could not support a family of four. As for Congress, Democrats have offered mostly temporary relief measures, and Republicans do not appear to be bothered that many of their constituents are struggling.

But make no mistake, huge numbers of Americans go to work every day and do not earn a living. When I share the numbers in conversation, I am often met with scepticism and amazement, which I attribute to a lack of awareness more than caring. Most people do not have time to pore over economic data, which is the only way many of them will encounter the enormity of the problem given the country’s segregation along class lines. The US working poor are all but invisible to those fortunate enough to have well-paying jobs.

You do not have to dig deep in the data to see that the US economy is not working for everyone. In the first quarter, median weekly pay for the 112-million full-time workers was $989, according to Bureau of Labour statistics, which amounts to $49,450 over a 50-week work year. For a single person living in, say, Nashville or a comparable city, that is enough to cover the basics and even have a bit left over for entertainment or savings. But remember that half of full-time workers — 56-million of them — earn less than the median, which in most cases is not enough to support one person in the most affordable places, never mind expensive coastal cities.

The maths becomes trickier once children enter the picture. A single parent with one child would need about $10,000 a year more than the median income to get by in Nashville, and about $30,000 more in a pricier city such as Washington. Adding a nonworking spouse makes things harder, requiring about $20,000 a year more in Nashville and $40,000 in Washington. And in all cases, the gap widens with the number of children. Best positioned are two working adults in affordable cities such as Nashville, though not even two median incomes are enough to support a family in more expensive markets.

The bottom line here is median income is probably enough if you are single with no children or partnered with another full-time worker and live somewhere other than a coastal city. That excludes a lot of people. Exactly how many is hard to say based on the available data, but given the number of full-time workers and the median pay, it is safely tens of millions of working Americans.

There is no silver bullet for inadequate wages, but it is possible to lift full-time workers and their families out of poverty. For starters, companies that can pay workers a living wage should do so, not as an act of charity but in recognition that they crucially depend on a healthy and motivated workforce to produce their goods and services  and make enough money to consume them. Businesses also need economic and political stability, both of which are compromised when much of the workforce is impoverished, as growing divisions and unrest have shown in recent years.

Highly profitable companies such as Amazon.com, Walmart, McDonald’s and Home Depot routinely rely on taxpayers to sustain their workers.

It may sound naive to think that companies will voluntarily forego profits today for an uncertain payoff down the road, but they do it all the time. Research & development are two examples. A growing number of companies are also spending money on environmental, social and governance (ESG) initiatives, investing in green technology to manage environmental risks, for example, or improving governance to avoid mismanagement. Paying workers a living wage is no less worthy an investment. In fact, it is an important component of companies’ relations with labour, one of several social factors that may affect financial performance, according to the “S” in ESG theory.

It is not just how much workers earn but also how long they can expect to keep their jobs. Highly paid workers, particularly those without children, may be less burdened by frequent job changes. But those scraping by on subsistence wages often do not have extra money to fill gaps between jobs or move to find new work. Those gaps are particularly hard on families, and children often bear the brunt. That does not mean workers should have guaranteed employment, but companies should view workers as partners rather than interchangeable cogs in the corporate machine, or worse, a threat.

There is something else companies can do that would not cost them any more and might even save them money: allow workers to relocate. As the pandemic has revealed, lots of work can be done remotely as effectively as in an office, and much of it is in industries such as technology and banking that tend to be clustered in expensive coastal cities.

Workers who move to lower-cost locales would instantly enjoy a higher standard of living — and possibly help revive their adopted cities and towns. Companies could still provide local offices for those who want to work outside the house occasionally, or even full time, and it is likely to be cheaper than maintaining sprawling corporate headquarters.

Of course, not all businesses can pay more or operate remotely. This is where the government can lend a hand. All businesses should aim to pay a living wage, but for those that cannot afford to, the government should supplement workers’ wages through programmes such as the earned income tax credit. Government assistance is likely to be spent on necessities, which could also help local economies and spark a virtuous cycle of more spending and higher wages, particularly in small towns without large employers.

Sure, government assistance could end up subsidising labour costs for companies that can already afford to pay workers more, but that is not new. Highly profitable companies such as Amazon.com, Walmart, McDonald’s and Home Depot routinely rely on taxpayers to sustain their workers. If big, powerful companies insist on misusing government programmes, it is hard to stop them. Ultimately, a free market relies on good faith co-operation between public and private sectors, and nowhere is that more urgently needed than ensuring that all full-time workers earn a living wage.

While no solution is perfect, leaving workers to fend for themselves is not a credible option. Yes, wages have picked up recently, and perhaps they will self-correct. But that is far from certain, and in the meantime, workers, families and the country’s social fabric are suffering. Some workers may already be signalling that they will no longer work for poverty wages as job openings pile up. Republicans blame those vacancies on supplemental unemployment insurance for workers displaced by the pandemic. The big reveal is coming when supplemental benefits expire in the US autumn, and I suspect employers will find out that persuading workers to return will take a pay raise.

Everyone who works full time should be able to afford the basic necessities of daily life. For the sake of individuals and families, companies, the economy and the whole country, business and the government need to use their power to make sure every worker earns a living wage.

Far away from the conditionality of structural adjustment programmes, Africa can only benefit from having diverse sources of funding
Opinion
3 months ago
Next Article