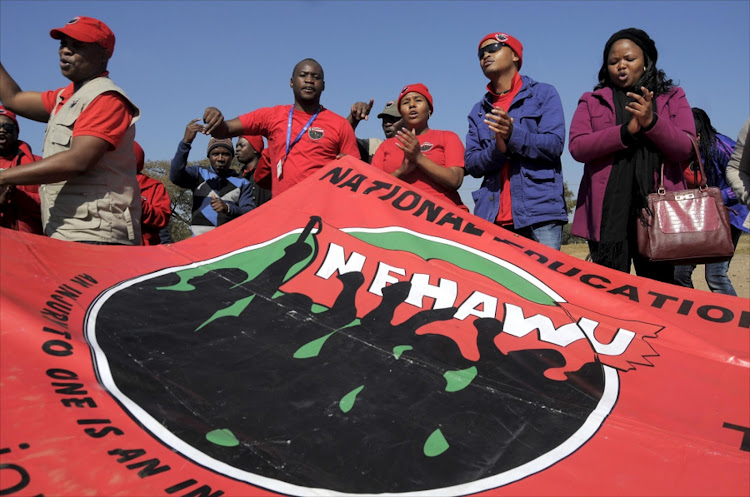 The public sector wage bill has become one of the fastest-growing line items in the government’s budget. According to estimates by the National Treasury, compensating public sector employees accounted for more than 35% of consolidated national spending before the Covid-19 pandemic.

But the government has run out of fiscal space to appease public sector union demands for inflation-busting increases. If it continues to increase spending while revenue collection remains below pre-Covid levels it will need to continually borrow money, which is unsustainable. Should the country’s current fiscal trajectory continue, its sovereign debt dynamics will deteriorate further.

The labour court judgment that backed the government’s decision to renege on the last increase in the three-year wage deal set a precedent related to borrowing to pay wages. While the unions have remitted the decision to the Constitutional Court, a ruling is unlikely before August.

The government is not in a position to hike taxes to increase revenue receipts or reallocate spending from capital projects, as this could constrain GDP growth.

These dynamics have created an untenable and unsustainable fiscal situation for the government — one that ratings agencies are closely watching. The agencies assess factors related to the government’s ability to repay debt. Borrowing money to cover wage increases would push SA further towards a debt trap.

The best way for the country to address the deficit is to contain spending, which includes a targeted R160bn reduction in the public sector wage bill over the next three years, as outlined in the February budget speech. This will be achieved through a wage freeze over the period.

The deadlock between public sector unions and the government threatens to halt the country’s fiscal recovery and imperils the long-term viability of the economy.

Levy says the unions should acknowledge the country's economic reality and recognise the economic impact that Covid-19 has had on wages.

“The unions continue to make outrageous, unrealistic demands that amount to 80%-100% increases in certain instances when all benefits are included. They need a reality check and to recognise the constrained conditions that stop employers, including the government, from meeting these demands.”

Levy also questions the effectiveness of this approach as part of a negotiating strategy, saying that while opening demands with a 100% increase may leave much room to move, it is ill-advised because settling at 4%-5% will require significant concessions. Eventually, though, one of the parties will need to concede. The question is: will the government stick to its position of a lack of available funds? Or will there be disruptive and destructive industrial action before an agreement is reached? If there is, how long will a strike last?

Levy says that protracted industrial action is unlikely because well-paid public sector workers cannot afford to miss debt repayments due to lost wages, and while there might be pockets of resistance from front-line health workers and teachers’ unions, in general any strike should be sporadic and short-lived. Due to public worker lifestyles they are not in a position to withstand a protracted strike.

Ultimately, the government’s offer of 1.5% is the best outcome from an affordability perspective.

“It is a canny move because it technically shifts the mandatory annual notch increase from a spurious payment and allocates it to a base payment.”

This move should appease ratings agencies, which will view it as the government keeping to its mandate on spending reforms.

Considered in the context of the country’s macroeconomic factors, borrowing and debt servicing costs, and economic growth, this is the best outcome from a debt sustainability perspective.

Freeing up more of the national budget to increase capital spending on infrastructure projects is the best way to stimulate growth and drive the country’s economic recovery.

• Jacobs is Investec Corporate and Institutional Treasury economist. She writes in her personal capacity.