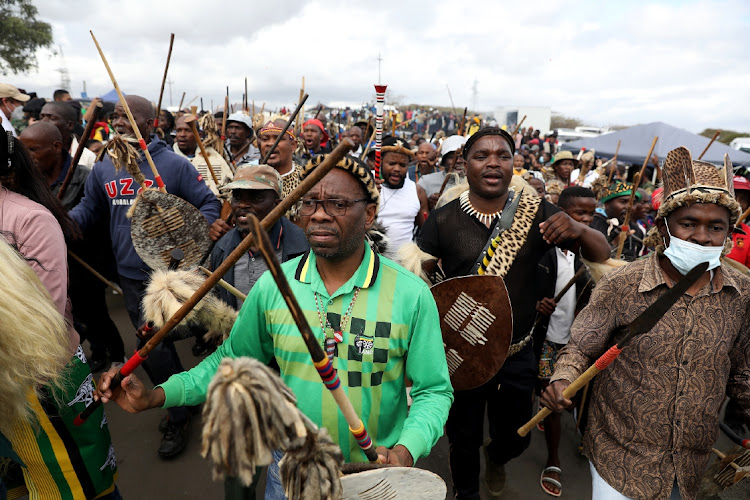 SA remains largely feudal. In the narrow definition, this refers to a way of structuring society around relationships that were derived from the holding of land in exchange for service or labour. It includes the reciprocal rights and obligations of the warrior nobility as well as the clergy and peasantry.

From Marikana through to Jacob Zuma’s last stand at Nkandla, we have had battles about feudal entitlement relating to land, labour, lucre and lust. It has played out in the expropriation of land without compensation, the coercion of workers, the theft and wholesale appropriation of resources and quasi-comedic sexual shenanigans of the seigneurial class.

It is at odds with the tenets of the enlightenment, which revolve around the idea that reason is the primary source of authority and legitimacy, rooted in ideals such as liberty, progress, tolerance, fraternity, constitutional government and the separation of church and state.

This tension is still being played out in SA, and the contestants comprise warlords — left, right and centre — the comprador and political elites of the “good” and “bad” ANC, the EFF uglies, the unions, the taxi industry, callous corporates, municipal fiefdoms and more.

The showdown at the Nkandla Corral is a significant and defining battle in this war. It may be one moment, one battle in the war between reason, enlightenment and modern-day medieval mayhem, which if lost will cement the status quo and allow the feudal gangster state to run riot.

This is why all proponents of reason, progress and enlightenment need to rally behind the  Constitutional Court and embolden it to stand by its original judgment, the special pleading of Zuma notwithstanding.

Any retreat, any nod in the direction of Zuma’s new plea for rescission to the very courts’ jurisdiction he rejected with impunity, will simply embolden the warlording contestants who vie for the spoils of the land and the riches and resources of a nation.

It will keep the poor in the style they are accustomed to and nourish the aspirations of the nonproductive but all-consuming nouveaux riches, the rentiers, the petty thieves and the robber barons who continue to define our polity.

The net result for those who seek to invest in our economy will be the expectation of increasingly higher returns given the risk of operating in a feudal and medieval milieu. In the absence of this requirement being met, in the face of cost-adding  impediments such as BEE and punitive mineral and other legislative regimes that serve an elite and fuel corruption at the expense of the growth needed to fire the economy and improve the fortunes of the unemployed and impoverished, we will board the train to Harare or the ship to Caracas — cattle class.

What is needed is a commission of inquiry into the state of the nation — a sort of Truth and Reckoning Commission — that would upset the proverbial apple cart in the marketplace of this medieval kingdom. To fail here may well usher in a revolution of sorts.

It would be apt to recall the rallying cries of two famous revolutions, one at the beginning of the last century and another at the start of this century: Russia 1917 and modern-day Egypt — “bread, peace and land” and “bread, dignity and social justice”.

The political, labour and corporate emperors of our medieval kingdom could do worse than heed the lessons from these, because when the masses have nothing to lose they are prone to lose it. Best we all take heed.

The other side of the coin, the sad reality that eclipses, it seems, any functioning of rational democratic choice, is the preference of the equivalent of the peasantry in this feudal polity to buy into the notion of pie-in-the-sky-when-you-die or some temporal version that aspires to the clothes of the emperor — without realising that the emperor has no clothes.