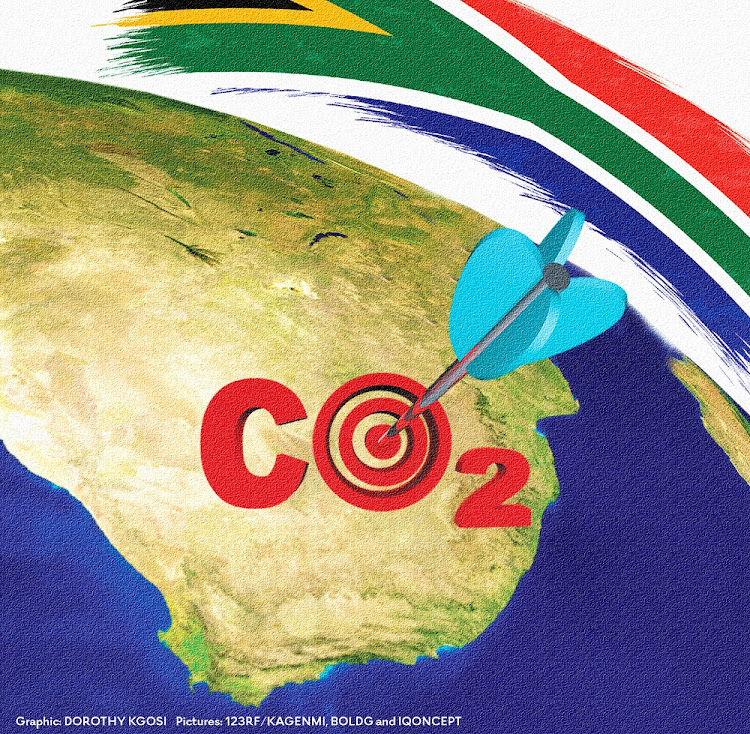 On Thursday the commission published its recommendations on SA’s proposed climate change mitigation and adaptation measures, as set out in the draft update of SA’s nationally determined contribution (NDC) under the Paris Agreement.

In its recommendations the commission calls for more ambitious emission reductions, proposing that the target range for emissions in 2030 be lowered to 350–420 Mt CO2 equivalent (-eq). The commission says this is consistent with SA’s fair share contribution to a 2°C global target. Yet  what is needed is a pathway aligned with a 1.5°C global target.

For comparison, the range proposed by the government in the draft NDC update is 398-440 Mt CO2-eq, while the recommended range for a fair share aligned with a 1.5°C global target, according to the climate equity reference calculator, is 274–352 Mt CO2-eq.

Based on technical evidence presented to the commission, its report on the draft NDC update concludes that “there is little downside to increased ambition”. Indeed, there are several reasons why adopting more ambitious climate targets now will be beneficial.

There are developmental benefits that come with increased climate ambition. The report notes the potential employment benefits of more ambitious climate targets, as well as benefits for air pollution and health.

The commission also recognises that there are risks if climate commitments are not ambitious enough. One example is higher domestic export tariffs as a result of carbon border adjustments by the EU. It calls for further ambition beyond existing policies by adopting least-cost measures to accelerate emission reductions, provided that the required investment is supported by scaled-up climate finance.

In embracing more ambitious targets, SA would be likely to be more eligible for a range of transition and climate finance. There is a window of opportunity — a window that will not remain open until 2025 — to access concessionary finance linked to accelerated phasing out of coal-fired electricity generation. These are concessions SA needs, and some experts are concerned that weak ambition will cause SA to lose out to other countries that are being more proactive on climate action.

The commission acknowledges that failure to commit to more ambitious targets now is likely to make the necessary emissions reduction trajectory significantly steeper and more difficult to attain after 2030. In other words, if we delay action now it will only make it harder to achieve the needed emission reductions later.

The commission’s mitigation recommendation does not meet SA’s obligations under the Paris Agreement or the constitution.

Further, while the question of SA’s climate actions gets raised in the international arena, there are constitutional and domestic law responsibilities at play too. The government has a constitutional obligation to ensure people in SA are protected against the harmful effects  of the climate crisis. This includes adopting ambitious emission reduction commitments in a timely manner and taking the necessary steps to achieve these targets as well.

As a party to the Paris Agreement, SA has committed to keep global warming “well below” 2°C above preindustrial levels and to pursue efforts to limit it to 1.5°C.  To achieve this, parties to the agreement set voluntary emission reduction targets — the NDCs — and pledged to reduce emissions at the “highest possible ambition”.

In March the department of forestry, fisheries & the environment published a draft update to its 2015 NDC for comment, the final update being destined for the 26th UN Climate Change Conference, also known as COP26.

Given the presence of SA’s biggest emitters on the climate commission, its recommendation for a lower emission target range may seem a bold move. But it is not enough. The commission’s mitigation recommendation does not meet SA’s obligations under the Paris Agreement or the constitution; nor is it consistent with SA’s fair-share contribution to global mitigation efforts.

This is a decade of unprecedented urgency, as global net human-caused emissions of greenhouse gases need to fall by about 45% from 2010 levels by 2030 (in less than 10 years) to have any hope of limiting the temperature increase to 1.5°C — confirmed by the Intergovernmental Panel on Climate Change to be the tipping point for our climate.

It matters whether the government chooses a pathway for 2°C or one for 1.5°C. The current NDC acknowledges that a 2°C global temperature increase translates to up to 4°C in SA by the end of the century. This will have far-reaching and dangerous consequences for living conditions in our country.

As a body established to advise the government on the country’s climate change response and pathways to a low-carbon, climate-resilient economy, the commission should be setting the gold standard. Yet the emissions target range recommended aims for a 2°C pathway, setting us on course for harmful climate effects.

How will SA meet more ambitious targets? The flashing light for major emission reduction opportunities has long been the electricity sector. It is the cheapest sector in which to reduce emissions, with the availability of cheaper renewable energy technology alternatives, whose costs will continue to get cheaper every year. A report by Climate Analytics, published last week, finds that for the sector to be on a 1.5°C compatible pathway it would need to phase out coal by 2033 and be fully decarbonised by 2035-2040.

The commission should also take a firm stance against proposed big gas and coal projects, which are unnecessary and do not support a just transition. Such projects render SA more vulnerable to climate effects — polluting or using limited water resources, or jeopardising land needed for food production.

Climate change is accelerating faster than policy reforms and threatens not only to undo any developmental gains we have made but to make things drastically worse. The recommendations of the commission are better than what is currently proposed for SA’s emission targets in its NDC, but they are by no means radical, or enough. In this decade of action SA cannot go to COP26 without anything less than a bold, ambitious plan for climate action.

• Loser is programme head: pollution & climate change at the Centre for Environmental Rights.

An adequate climate response offers SA a chance to not only respond to climate change, but to also determine its own course of change
Opinion
1 year ago
Next Article