Those failing to launch digital currencies could be left behind in terms of cross-border payments, ECB warns 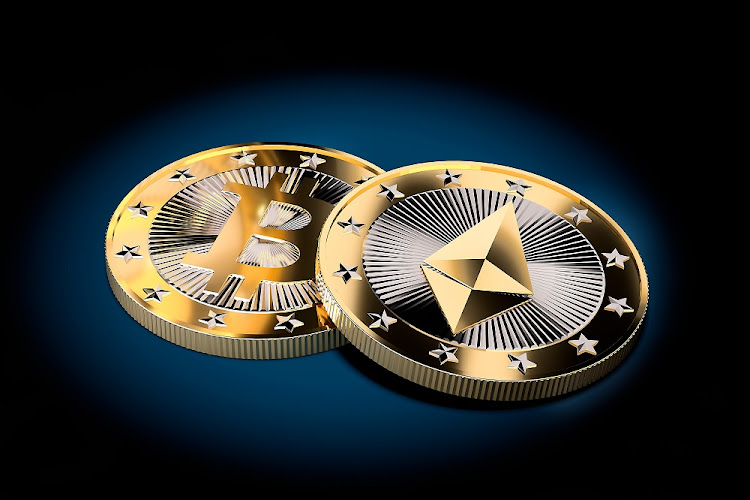 The mainstreaming of digital currencies is accelerating; not a week goes by without the launch of another private cryptocurrency or stablecoin, or another country or group of countries announcing their entry into the fray. No-one wants to be left behind, and most central banks are concerned about how to move into the new financial world.

Central bank digital currencies (CBDCs) got the ultimate boost recently when the Bank of International Settlements (BIS) made clear in its annual economic report that it is throwing its weight firmly behind CBDCs as a counterweight to the supposed twin evils of Big Tech and bitcoin. It’s also unconvinced by stablecoin, which it believes has the potential to “fragment the liquidity of the monetary system”. The BIS accuses Big Tech of “anticompetitive behaviour” and bitcoin of being “speculative assets rather than money”, with a wasteful energy footprint, and that has facilitated money laundering, ransomware attacks and other financial crimes.

The BIS believes CBDCs could continue to ensure payments are final and certain, that there is enough liquidity for the payment system to function, and that there is a level playing field, by making central bank money available on an equal basis to all parties — while relying on digital identity verification before allowing citizens to access funds. This will make CBDCs very powerful.

Having had access to the highest levels of international banking and finance, and having been entrenched in the vital process of democratising our banking and payments landscape over the past 20 years, I assure you the rise of CBDCs is a significant development to watch. Decentralised finance is starting to shape up and address some shortcomings of both the traditional financial and new cryptocurrency ecosystems. Neither system is ideal for consumers just yet, but I believe a best-of-both path is opening up. Let me share with you what I see unfolding.

Countries are taking different approaches to embracing a new digital financial reality. In January, the BIS found that 86% of central banks are now exploring the benefits and drawbacks of CBDCs, nearly 60% are already experimenting with their own CBDCs, and 14% are already piloting projects to deploy CBDCs. Every country has a different motivation. For some it’s about modernising their financial systems, improving financial inclusion or improving economic efficiency. For others it’s about cracking down on cryptocurrencies while developing state-run currencies to wrest back control.

SA, Nigeria, Brazil, China, the 10 members of the Association of Southeast Asian Nations, the G7 countries (except Germany) and others, are all talking about launching their own CBDCs to supplement their existing currencies. The European Central Bank (ECB) even highlighted recently that countries which do not launch a CBDC could be left behind in terms of cross-border payments. Germany is the most hesitant about CBDCs among the Western powers, but it has tested a blockchain system to buy and sell securities, thus embracing a key component of cryptocurrencies.

Way ahead of the pack, the Central Bank of the Bahamas recently launched the Sand Dollar, the first fully fledged regional digital currency, to increase citizens’ digital financial participation across 700 small islands. It is partnering with MasterCard to launch the world’s first CBDC-linked credit card for its citizens.

The Multiple CBDC (mCBDC) Bridge initiative of China, Hong Kong, Thailand and the United Arab Emirates is also looking into the capabilities of distributed ledger technology (DLT) — the same technology on which cryptocurrencies such as bitcoin and ethereum are built — to ease cross-border fund transfers.

The G7 lays down guidelines for a new world order

Earlier this month the G7 said it was working on a common set of CBDC principles for central banks to issue their own digital currency, to “build a safe, resilient and open global economic system”. It also said at its recent Cornwall summit that “future frontiers of the global economy and society — from cyberspace to outer space — will determine the future prosperity and wellbeing of people all over the world in the decades ahead”.

Referring to human rights and internet freedoms, it had stern words for China, which it said undermined “the fair and transparent operation of the global economy.” China is leading the global CBDC race with its digital yuan, apparently to replace cash and negate dependence on the dollar — or, as some fear, to gain greater control over their citizens and the fintech ecosystem. China also wants a DLT-supported, synchronised and scalable “foreign exchange platform” to drive interoperability between different CBDCs — same as the G7.

What a digitised global financial future may hold

The G7 are clearly all on the open-standard and dialogue track, which will make room for new digital payment rails and other financial innovations within the global financial ecosystem. I believe the G7 could soon launch a common operating platform and/or an agreed open standard to embrace a digital financial future, based on common standards or rules of engagement. Collaborating countries would have to agree on the type of DLT all participating nations must adopt. Such a shared platform would enable groups of countries to issue their own digital money solutions, while still co-operating for financial inclusion, safety and seamless, real-time international trade for its people.

A few important concepts are coming to the fore that those wanting to understand the future of finance need to familiarise themselves with. First, DLT will play an enormous role in financial services and the empowerment of economies. Regular consumers will be empowered in various ways by cashless, borderless, unmediated transacting. Second, the concept of interoperability is key — it’s the ability for different systems to connect on common operating standards to make cross-border, seamless, real-time payments possible. Third, the removal or adaptation of foreign exchange controls could lower costs, reduce reporting requirements and increase real-time cross-border transaction speeds.

I expect that the moment there is a concerted effort by key international central banks to launch CBDCs on interoperable platforms it will lead to a dramatic price correction for current non-stablecoin values. I also think most central banks will respect consumer privacy to a point, but not at the cost of enforcing law and governance. I don’t think cryptocurrencies will be “banned” outright, but governments will try to impose accounting, compliance, tax and reporting standards. They’re likely to spend a lot of time ensuring that non-proprietary open standards for digital currency exchanges are agreed to. We will also see a mass adoption of smart contracts across the financial spectrum this year to promote new energy-efficient, climate-friendly, inclusive asset-backed trading platforms. Inter-county, digital currency-focused fintech will also boom.

Most world powers may use CBDCs for good but there are dangers, make no mistake. Cybersecurity and citizens’ privacy are major concerns, so those designing CBDCs and its interoperable platforms will need to be very thoughtful and careful in how they structure it. We will need very good global oversight with a collaborative mindset, and citizens will need to be wary of any privacy infringements they may face in using CBDCs.

• Dreyer is CEO and co-founder of Direct Transact, SA's largest independent provider of transaction infrastructure for banks and businesses

Nigeria's ban on Twitter raises concerns about a narrowing democratic space in the country. It's overreach that could end up costing President ...
Features
1 month ago

The firm, cofounded by Magda Wierzycka, says the bourse twice rejected its request
Companies
1 month ago

It will focus on cryptocurrencies, stablecoins, nonfungible tokens and central bank digital currencies, but regulation in SA is still an issue
News & Fox
2 months ago