Three hurrahs for the tattletale 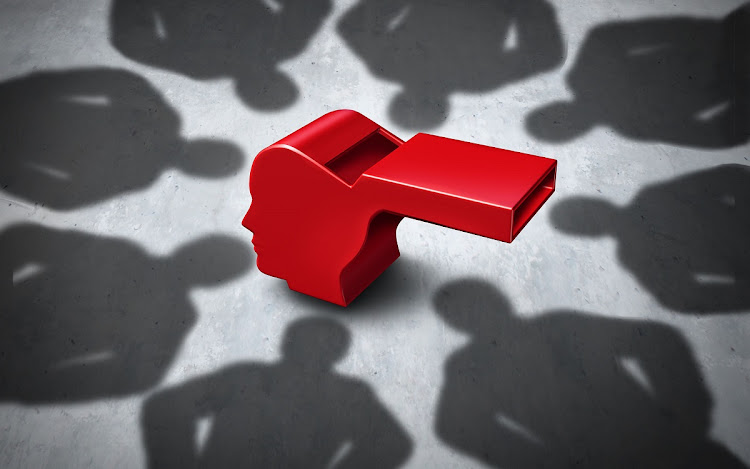 Tsar Ivan the Terrible advanced on the city of Pskov in 1570 with his army to punish its inhabitants for disobeying him. A dirty, naked man suddenly approached the Tsar and called him out on the atrocities he had committed. The legends say this saved the city from the Tsar’s retaliation as Ivan became ashamed of his cruelty and withdrew.

This man is known in Russian culture as the “Holy Fool” —someone who sees the truth of the situation and is not afraid to point it out, no matter the consequences. As pointed out by Malcolm Gladwell in his book Talking To Strangers, this is exactly what today’s whistle-blowers are, and oh boy, are there consequences.

It takes a special person to be a whistle-blower as their motives are seldom for self-gain but rather to pursue social justice. Yet there is great injustice in that whistle-blowers often face worse consequences than those who have committed the acts that are exposed. Whistleblowers often become social outcasts.

The case of former Trillian Financial Advisory CEO Mosile Mothepu is a good example. She blew the whistle on one of SA’s biggest scandals, state capture, and after exposing the company’s questionable dealings to the public protector was ostracised, intimidated and threatened. This took a toll on her personal life and career.

The Protected Disclosures Act is intended to protect whistle-blowers and enable employees to disclose information relating to an offence or mismanagement in the workplace without being victimised. In addition, the Labour Relations Act is supposed to ensure any dismissal related to a protected disclosure is considered automatically unfair and carries the risk of compensation of up to 24 months of remuneration being awarded to the employee.

Yet whistle-blowers continue to be dismissed for making protected disclosures or feel compelled to leave after being made social pariahs in their workplace. By exposing the goings-on within a workplace, whistle-blowers often inadvertently paint a target on their own backs. Whistle-blowers are frequently themselves investigated by employers and dismissed for either made-up or minor misconduct no-one had cared to pursue before.

Is the answer to protecting whistle-blowers from retaliation that we need more government intervention? The protective legislation is already comprehensive and we must avoid overregulation. Where we are failing is in the implementation of the legislation. The required result of whistle-blowing is disciplinary action and criminal charges against the perpetrator. The duty to intervene and protect whistle-blowers is shared by both business and society at large, and government through its policing and prosecuting authority.

Business leaders have a professional duty to protect and encourage whistle-blowers. This might seem daunting, as no business really wants to believe there is a fox in its hen house, let alone face the ramifications of such misconduct being made public. However, by encouraging whistle-blowing, companies not only ensure that their business is operating free of fraud and corruption but hold themselves and their employees to the organisation’s desired ethics and standards, creating an environment of transparency.

Some businesses have already implemented internal whistle-blowing mechanisms such as anonymous hotlines where employees can report illicit activity. However, anonymity can often make it difficult for employers to investigate the tip-off and take disciplinary action. Having the whistle-blower as a witness in an enquiry is often pivotal, especially where there is little to no documentary evidence. Many businesses also have internal mechanisms to deal with whistle-blowing. However, because the internal nature of these procedures precludes a third party such investigations can be manipulated. We are too often told by whistle-blowers that they had told their employer about a situation but that nothing was done about it.

This is one of the many reasons businesses should consider putting in place a system that allows employees to blow the whistle to an independent or impartial party that is tasked with investigating and reporting to management. Whistle-blowing procedures also need to go beyond putting an internal policy in place and must truly change the way whistle-blowers and their tip-offs are handled. As with legislation, a human resources policy is worthless without effective implementation.

We have all heard the phrase “nobody likes a tattletale”. It is something adults often told us when we were young and is ingrained in our culture. This mindset is often why whistle-blowers ironically become seen as untrustworthy, are isolated from the workplace and society, and experience other far-reaching consequences for having done the right thing.

We need to make a social and cultural change in the way we view whistle-blowers to ensure they are not ostracised but rather celebrated. Whistle-blowers play a crucial role in ensuring accountability and should be hailed as heroes. They are and remain among the last checks and balances we have against the misconduct, fraud and corruption that has become so pervasive in our businesses and must be rooted out.

All South Africans need to play their part in protecting whistle-blowers and ensuring their bravery leads to action. Though we cannot all be “Holy Fools”, we can and should protect them in our own best interests.

• Hinxman is a consultant in employment and labour law at CMS SA.