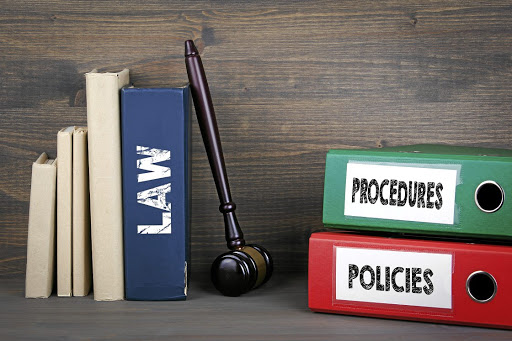 The public policies that govern our lives and economy must be based on evidence and not the preferences of political interests, justified by manipulative analysis. For this reason, SA has a system for socio-economic impact assessments (SEIAs) that must be conducted and published for every proposed policy intervention. Such assessments are done elsewhere as well, with Australia and Finland representing perhaps the international standard.

SEIAs are in effect the foundation upon which policy interventions rest, grounding them in evidence and reality. Government, and the public, must believe — not as an article of faith but as a result of justified, reasonable and accurate inquiry — that the policies being adopted will, in fact, yield net positive results for society. The public cannot be asked to approve or disapprove without some idea of the consequences and trade-offs of major policy changes.

No policy is without a cost, but clearly the benefits must outweigh the costs to justify a policy’s adoption. SEIAs should also indicate instances where some groups in society stand to shoulder most of the burdens. Yet the SA government has employed flawed assessments to provide a facade of “evidence” to policies, when in fact the published studies are simply phoney expressions of ideological conviction.

Political parties represent different ideological approaches to public policy. But in a constitutional democracy such as SA that is based on, among other things, the values of the rule of law [section 1(c) of the constitution], the “efficient, economic and effective use of resources”, and the provision of “the public with timely, accessible and accurate information” [section 195(b) and (g) of the constitution, respectively], it is impermissible for public policy to be supported by only the naked ideological preferences of ministers and officials, instead of real analysis.

We are ruled by law, understood to include the values and principles of our legal tradition and of constitutionalism; we are not ruled by the political passions of individual politicos making policy with slanted analysis.

We recently analysed the SEIAs behind National Health Insurance, the Employment Equity Amendment Bill, and the Expropriation Bill. All three SEIAs are lacking in material respects; primarily, they are riddled with confirmation bias, do not accurately reflect the submissions of those who oppose the interventions, lack proper costing exercises, and make scant reference to empirical evidence that supports the intervention. They also lack international comparisons, or reference to policy lessons in other countries.

We will focus on the most recent SEIA on the very dangerous Expropriation Bill. The first thing to note is that the SEIA wasn’t accessible to the public until Sakeliga submitted a Promotion of Access to Information Act request to the department of public works. SEIAs are supposed to inform the public understanding and discourse surrounding policy interventions, making it highly irregular that this assessment was withheld. The SEIA on the Employment Equity Amendment Bill was similarly withheld — it was even tagged as “secret” on each page — until we asked parliament to obtain the document from the department of employment & labour.

The SEIA treats the Expropriation Bill as an omnibus law. There are repeated references to entrepreneurship, financing and housing, which will somehow be advanced by the adoption of the bill. Yet the bill itself makes no reference to any of these, and the SEIA doesn’t  explain how expropriation (or confiscation without compensation) could lead to these outcomes.

All these phenomena are irrelevant to expropriation law. The SEIA was simply filled to the brim with unrelated filler content, rather than providing at least some empirical evidence and peer-reviewed research on why the institution of expropriation (and particularly confiscation without compensation) as conceived of in the bill, will not have deleterious social and economic consequences for SA society.

The SEIA even claims the Expropriation Bill will reduce unemployment. The footnote reference it provides for this assertion is a Stats SA media release that simply draws attention to the rising rate of unemployment in SA, and in no way supports the nonsensical assertion in the assessment. There is no rational connection between reducing unemployment and confiscating private property.

Rational evidence for many of the other assertions in the report also evades the document. Will confiscation harm investor confidence? There is no “empirical evidence” for such a concern, claims the drafter. Yet, in countries with insecure property regimes investments are few and far between. Ordinary Venezuelans and international investors are not tripping over each another to invest in that country.

Investors apparently can find certainty in the claim that investments are safe due to SA’s “strong adherence to the rule of law principle”. This is, of course, entirely fictional. The Zondo commission has exposed widespread corruption and non-adherence to the rule of law. The looting that took place during the Covid-19 lockdown and continues to occur across our municipalities today, alongside the abuse of power for personal gain (think of tenant farmers being evicted to make way for loyal cadres), is reason enough to roll one’s eyes at the claim that property will be safe in SA because of the integrity of those who occupy government positions.

The SEIA seemingly assumes taking property from some and transferring to others will magically fix the economy, but provides no evidence or argument to back up this assertion. It neglects any mention of international comparisons, something one would expect from a rigorous analysis of any substantial legal change. What about net effects? Surely landowners losing property will need more than “social cohesion and economic inclusivity”, which the document regards as “benefits” (to the owners) for the loss of property?

The SEIA doesn’t escape internal inconsistency either. The drafter asserts that the 1975 Expropriation Act treated legal subjects unfairly by not properly protecting their property rights. But in the very next paragraph the SEIA goes on to say that under the new bill property owners will be liable to have their property confiscated without compensation, something that was not recognised under the 1975 Act.

These are only some of the nonsensical observations and assertions made in what is supposed to be a “scientific” study. This assessment was reviewed and endorsed as part of a quality assurance process by three separate entities: the property policy & legislative analysis unit of the department of public works itself, the SEIA system unit of the department of planning, monitoring & evaluation, and the policy & research services of the presidency. This rubber stamp process makes it all the more clear that the government does not take seriously the SEIA process and rigorous analysis when it comes to making policy.

The SEIA drafter is clearly in favour of confiscation without compensation and wasted no space on objective consideration. The policy intervention is meant to be founded on rigorous analysis, international comparisons and clear thinking, but contains none. Only assertions, ideological pontification and biased, state-serving views aired during public consultations are mentioned. This is the state of “evidence-based” policy-making in SA. We can do better.

• Van Staden is a legal fellow and Van Onselen a senior analyst, at Sakeliga.