Amid warnings that policies will be crippling, schemes are sold as a near-utopia that all nations will rush to embrace 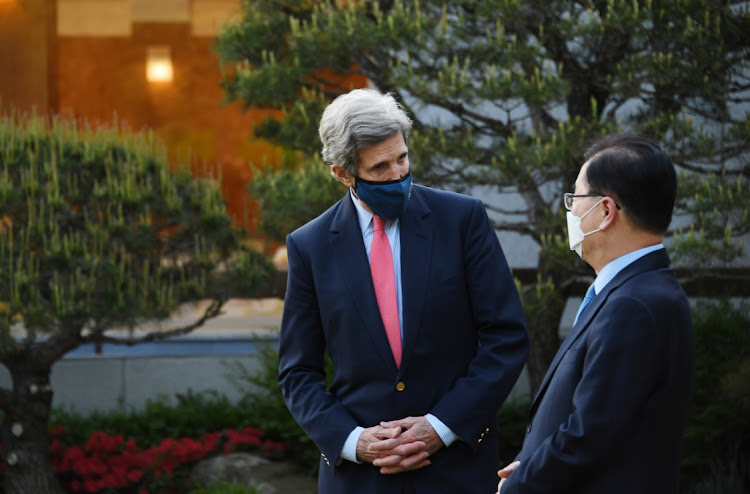 On the one hand, experts warn that promised climate policies will be economically crippling. The International Energy Agency (IEA) states in a report that achieving net-zero in 2050 is likely to be “the greatest challenge humankind has ever faced”. That is a high bar, surpassing World War 2, the black plague and Covid-19.

On the other, hand-waving politicians sell net-zero climate schemes as a near-utopia that every nation will rush to embrace. As John Kerry, US president Biden’s climate envoy, told world leaders gathered at his climate summit in April: “No-one is being asked for a sacrifice.”

Both of these claims can’t be true. Yet they are often espoused by the same climate campaigners in different parts of their publicity cycle. The tough talk strives to shake us into action, and the promise of rainbows hides the political peril when the bills come due.

George Orwell called this willingness to espouse contradictory claims doublethink. It is politically expedient and gets climate-alarmed politicians re-elected. But if we want to fix climate change we need honesty. Currently promised climate policies will be incredibly expensive. While they will deliver some benefits, their costs will be much higher than these.

Yes, climate change is real and man-made, and it should be fixed smartly. But we don’t because climate impacts are often vastly exaggerated, leaving us panicked. The UN Climate Panel estimates that if we do nothing, climate damages in 2100 will be equivalent to 2.6% of global GDP. That is a problem, not the end of the world.

When Kerry and many other politicians insist climate policies mean no sacrifice, they are clearly dissembling

Most people think the damage will be much more significant because climate news only reports the worst outcomes. Remember how we were repeatedly told 2020’s Atlantic hurricane season was the worst yet? The reporting ignored that almost everywhere else, hurricane intensity was feeble, making 2020 one of the globally weakest in satellite history. And even within the Atlantic 2020 ranked 13th.

When Kerry and many other politicians insist climate policies mean no sacrifice, they are clearly dissembling. In the UN Climate Panel’s overview, all climate policies have real costs. Why else would we need recurrent climate summits to arm-twist unwilling politicians to ever-greater promises?

The IEA’s new net-zero report contains many concrete examples of sacrifices. By 2050 we will have to live with much lower energy consumption than now. Despite being richer, the average global person will be allowed less energy than the current average poor. We will all be allowed less than the average Albanian used in the 1980s. We will also have to accept shivering in winter at 19°C and sweltering in summer at 26°C, curtailed highway speeds and fewer people allowed to fly.

But climate policy sacrifices could still make sense if their costs were lower than the achieved climate benefits. If we could avoid all of the 2.6% climate damage for, say, 1% sacrifice, that would be a good outcome. This is common sense and the core logic of the world’s only climate economist to win the Nobel prize in 2018. Smart climate policy costs little and reduces climate damages a lot.

The current doublethink delivers the reverse outcome. One new peer-reviewed study finds the cost of net-zero just after 2060 — much later than what most politicians promise — will cost us more than 4% of GDP already in 2040, or about $5-trillion annually. And this assumes globally co-ordinated carbon taxes. Otherwise, costs will more than double. Paying 8% or more to avoid part of 2.6% damages half a century later is just bad economics.

It is also implausible politics. Just for China, the cost of going net-zero exceeds 7%-14% of its GDP. Instead, China uses green rhetoric to placate Westerners but aims for development, with 247 new coal-fired power plants. For the first time China now emits more greenhouse gases than the entire rich world.

Most other poorer countries are hoping to follow China’s rapid ascendance. At a recent climate conference, where dozens of high-level delegates dutifully lauded net-zero, India went off-script. With other participants squirming, power minister Raj Kumar Singh inconveniently blurted out the truth: net-zero “is just pie in the sky”. He added that developing countries will want to use more and more fossil fuels and “you can’t stop them”.

If we push on with our climate doublethink rich people are likely to continue to wring their hands and aim for net-zero, even at considerable costs to their own societies. But three-quarters of future emissions come from poorer countries with more important development priorities of avoiding poverty, hunger and disease.

Like most great challenges humanity has faced we solve them not by pushing for endless sacrifices but through innovation. Covid-19 is fixed with vaccines, not unending lockdowns. To tackle climate change we need to ramp up investments in green energy innovation dramatically. Currently, increasing green energy requires huge subsidies, but if we could innovate its future price below fossil fuels, everyone would switch.

Innovation is the most sustainable climate solution. It is dramatically cheaper than current policies and demands fewer sacrifices while delivering benefits for most of the world’s population.

• Lomborg is president of the Copenhagen Consensus and visiting fellow at the Hoover Institution, Stanford University. His latest book is 'F‘alse Alarm: How Climate Change Panic Costs Us Trillions, Hurts the Poor, and Fails to Fix the Planet’.

PETER ATTARD MONTALTO: Reform is not a single event but a series of shifts

Is the government able to manage a process that demands more and more changes as it unfolds?
Opinion
1 year ago

An adequate climate response offers SA a chance to not only respond to climate change, but to also determine its own course of change
Opinion
1 year ago