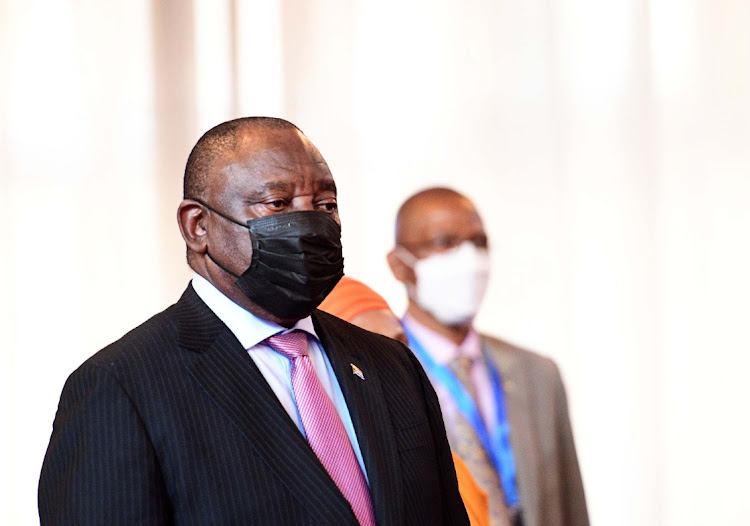 Restaurant chains such as McDonalds assess an area’s disposable income, purchasing patterns and the competitive environment before expanding their operations. Such tools must guide how President Cyril Ramaphosa unlocks the economy’s potential through policy pivots.

His investment drive, accompanied by talk of reforms, was never workable. The types of investors who create jobs are the same ones who do market research. They must confirm an area has enough spending power to justify investing.

Ramaphosa is constrained by his party’s command structures having few who have built businesses without benefit of substantial government favouritism. Rather, the party’s ethos reflects its revolutionary roots amplifying anti-business biases stemming from its leaders mostly being unionists, communists or patronage focused.

If the party’s zeal had morphed into a passionate pursuit of broad prosperity, it would have embraced the commercial principles that have pummelled poverty in all other regions. Instead, the focus homed in on redistribution.

So what explains the inability of our non-political leaders to devise compelling growth strategies? Much is explained by why McDonalds doesn’t build restaurants on gravel roads. The world has never been more awash with capital scouring the planet for investments, meanwhile political rhetoric doesn’t make expensive projects viable.

Our non-political leaders pursue unworkable compromises with our political elites, whose inward focus reflects their interventionist indulgences being bounded by our borders. Thus our economy is constrained by this nation’s spending power being insufficient to absorb new entrants to the workforce. This has provoked a vicious poverty-provoking cycle in which stagnating per capita incomes and huge unemployment are now mutually reinforcing.

Prospects for SA’s median 20-year-olds are horrific, and opportunities will be as elusive for most born here 10 years ago when they seek jobs. The huge volume of unemployment and poverty cannot be noticeably reduced without fundamental policy pivots.

Highlighting the abundant errors of the ANC’s economic stewardship does not constitute a plan. While awareness of SA’s strengths and weaknesses is important, recognising how global success drivers are evolving must guide our growth strategy.

If a top restaurant chain chooses to expand in the middle of a poor rural area, the location chosen will be at an intersection, probably where a regional road and a national highway cross. That simple depiction explains the extraordinary rise of Asia over the past few decades. They access deep markets through intersecting their roads and rail lines with rivers and harbours to reach oceans and connect to affluent consumers.

Virtually all of our proposed economic strategies suffer from the same debilitating categorical error: they perceive our economy as an independent, self-sufficient entity. The world has evolved to where there is only a global economy, with some failed or failing states at the fringes.

Our policies and practices have long been inducing mutually reinforcing debt and poverty traps while allowing roads and other infrastructure to deteriorate. Debt costs keep ratcheting higher while per capita income stagnates or recedes. Borrowing money to pave roads and the like can’t fix an economy that suffers from counterproductive policies.

The pandemic’s economic effects will eventually recede. But when investors in various sectors do their research they rarely identify segments where spending potential will exceed the current supply of goods and services.

Our economy lacks adequate global integration as too few workers add value to exports. Due to this and high consumer and government debt service costs consumption growth will remain stunted.

Energy and transport bottlenecks must be resolved, but expanding exports of raw materials cannot deliver broad prosperity. Russia’s resource abundance is extraordinary yet its per capita income is not even a fifth of the US — despite the two country’s education outcomes being generally similar.

High debt servicing costs mixed with meagre value-added exporting, which traces to policies undermining competitiveness, squashes prospects for an investment-led growth spurt. It is not true, however, that rampant poverty and overindebtedness constrain us from surging exports. The rest of the world has hundreds of times more disposable income than SA. Yet our redistribution-focused policies are inherently inward focused and anticompetitive.

The perception has long been that SA is a wealthy country and the government’s job is to redistribute the inherent wealth. Meanwhile, the global economy has been reinvented in ways that eradicate poverty while reducing reliance on most below-ground resources. The recent surge in commodity exports is another false dawn. It merely reflects a resilient global economy exiting a once-in-a-century crisis. Placing reliance on resource exporting to fund value-added imports undermines development. It won’t offset the policies that benefit a few while entrenching widespread poverty.

Like restaurant chains, countries with massive poverty must target customers with ample discretionary income. SA’s highest priority policy pivot should be to free all value-added exporters of onerous regulations. This, and keeping the lights on, is necessary to make steadily expanding prosperity the norm.

If momentum can be sustained a new narrative on SA could take hold, but we’re not there yet
Opinion
1 year ago

A book on how some forms of graft work to grow the economy needs to be studied, especially by ANC's factions
Opinion
1 year ago

Raising the power licensing threshold will add only 0.5% to GDP
Opinion
1 year ago
Next Article

BUSI MAVUSO: Youth Day and a ballooning unemployment crisis among the young

BUSI MAVUSO: Youth Day and a ballooning unemployment crisis among the young