JOEL MODIRI: Critical race theory is being attacked as need to take racism seriously can no longer be ignored

Attacks on critical race theory intellectuals and ideas are marked by aggression, bad faith, racist anxiety and ignorance — a toxic mix not easily appeased by facts or argument 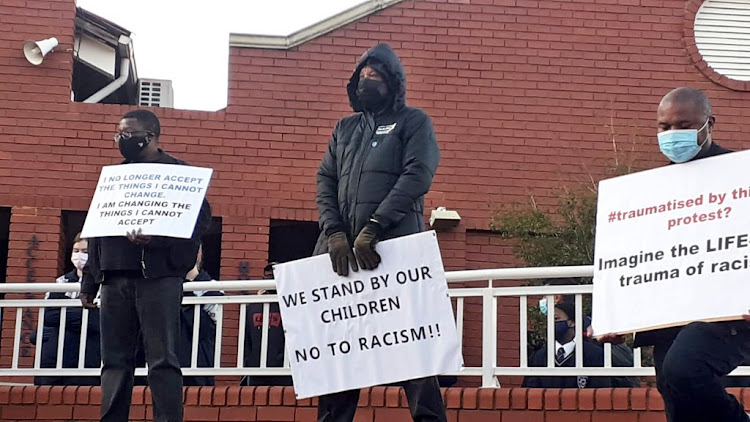 In 1995, African-American legal theorist Prof Derrick Bell published a paper prophetically titled “Who’s Afraid of Critical Race Theory?” Today, in post-Trump 2021, this question finds its answer in the ferocious right-wing onslaught against critical race theory (CRT), which has set off a political and cultural explosion in the US.

Some of the debris from this explosion has landed as far off as the UK, Europe and even here in SA. From legislative attempts to ban the teaching of CRT to viral online conservative screeds decrying the pervasive influence of CRT and “identity politics”, we find ourselves in a dystopian contradiction where white people increasingly, and without irony, claim to be the greatest contemporary victims of racism at just the time black people’s protest and critique against racial inequality and racial violence is gaining greater political visibility and impact.

CRT has played a crucial role in providing a theoretical framework and vocabulary to critically analyse how historical formations of race, and in particular white supremacy (colonialism, slavery, and apartheid), continue to shape people’s material realities and outlooks across the political, cultural socioeconomic, legal and psychological domains of human activity.

This is also why CRT has attracted the ire of right-wing conservatives (including their black junior partners) across much of the Westernised world. According to the anti-CRT right-wing movement, race and racism have over time declined in significance and belong largely to the past. On this view, CRT exaggerates the problem of racism; reduces individuals solely or mainly to their racial identities; attributes eternal blame to whites for historical injustice; and unduly divides and segregates society on the basis of race and racial politics.

Further, according to the right-wing, CRT opportunistically wields racism as a scapegoat for the failures of individuals or governments.  In the right-wing mind, CRT is everywhere: affirmative action, BEE, workplace diversity training, university campuses, popular culture and, most rampantly, social media. This is why for them it has to be rooted out and “defeated”: it stifles free expression (of what we are not told); makes everything about race, and indoctrinates especially young people into its false truths and orthodoxies. The militaristic language deployed against CRT — not different to the repressive tactics of white governments against black dissidents — appears to arise from the singular threat it poses to the core tenets and institutions of liberal democracy as a way of life.

The common response to this anti-CRT backlash is to try to rationally unpack the intellectual history, key arguments and progressive social and political commitments of CRT; to give a respectable academic account of CRT; to show that CRT means no harm.

This to my mind is a mistake. CRT does indeed mean to dismantle white supremacy, expose interpersonal and structural racism and agitate uncompromisingly for justice and redress. But this response is mistaken for a more obvious reason: the large swathe of critics of CRT ranging from bloodthirsty conservatives to discomforted liberals quite simply have no idea what they are talking about. They have not studiously engaged the extensive literature in CRT and related social and critical theories of identity and power; nor do they have any intention to do so.

The degree of caricature, dishonesty and hysteria displayed by opponents of CRT illustrates that they do not even have a basic grasp of this field of academic study — developed over decades through careful analysis and critique of case law, legislation, literature and archival records, blending law, history, philosophy, psychology and sociology, to theorise race from a critical and emancipatory perspective. Indeed, the attacks on CRT ideas and intellectuals is marked by intense aggression, bad faith, racist anxiety and passionate ignorance — a toxic combination not easily appeased by facts or argument.

We also know that, historically, lack of knowledge has rarely restrained white people from exercising the prerogative to impose their reality on the rest. So, the demonisation of CRT by an increasingly global network of white conservatives and liberals is not about intellectual debate and contestation of ideas. It is, as many commentators have pointed out, a full-scale, well-co-ordinated and well-funded political project against any form of racial equality and racial justice.

It is the uninhibited expression of a whiteness that increasingly feels wounded and displaced by the world it sought to make in its own image. Emptied of direction and meaning in a globalising world struggling with history and difference, a once-confident whiteness has turned resentful, fatalistic and angry as growing protests and critiques in academic and political spaces call it out, expose its hidden faces and demand radical change.

Despite this vigorous protest and critique, however, white people in historically racist societies continue to wield huge and disproportionate economic, social and cultural power; they are over-represented in the major institutions of public opinion and knowledge production (the media and the academy); where they hold no formal state power, they nonetheless control the upper echelons of the economy and corporate sector; they own the largest mass of land and property; they are virtually invulnerable to racial violence, unfair discrimination or premature death. They also continue to experience the highest levels of life expectancy and quality of life and living standards.

CRT is only the latest cultural bogeyman or hate object — a new swart gevaar — that right-wing media, politicians and think-tanks have chosen to express and mobilise the fear held by many whites of a world in which this power might forever be lost — a fear felt only by people for whom supremacy and entitlement is the only future. What we are witnessing in the harangue about CRT is possibly the tragicomic end of whiteness as we know it.

What we need therefore is also a political response to this political problem of global white backlash. We need more CRT, not less. After all, the abolition of whiteness as a marker of power and dominance is exactly the goal of anti-racist political struggles. CRT in its broadest sense is an antiracist social theory committed to the eradication of white supremacy and the pursuit of racial justice and reparations for long histories of racial violence and oppression, which have resulted in the intergenerational devastation of its victims over time.

CRT emerged in the legal academy at a time when the promises of formal freedom and formal equality failed to materialise in the form of lasting, substantive and meaningful material change in the lives of black people. CRT therefore is a mode of analysis that consciously studies the historical effects of racism on present social arrangements and emphasises the structural, systemic and institutional features of racism. From this view, racism is not primarily a matter of bad feelings, behaviours and prejudices but is rather understood as a system of power relations that organises human lives in a hierarchy based on race.

CRT rejects the colour-blind idea that if we stop talking about race and racism they will somehow just disappear. CRT also argues that racism is not and cannot be a past matter that is relegated to history. Rather, racism is a deeply embedded and enduring material reality of violence, inequality and trauma suffered by the historical victims of white supremacist regimes and their descendants.

Only a fundamental transformation of the social order can undo the centuries-long effects and after-effects of race, racism and racialisation. This transformation entails economic redistribution, restitution and reparations; the reordering of political, cultural and legal institutions; dismantling hierarchies and redressing exclusion, and most importantly, working towards building a just and humane society and world. In SA, the fact that we also live in a black-majority, African country would be central to the type of transformation envisaged.

This is why there can be no rational or civil dialogue between CRT and its right-wing critics: CRT seeks racial justice; its critics seek to maintain white domination and defend the racial status quo. CRT seeks to critically analyse and end racism; its critics are motivated by a dogged and often ludicrous attempt to deny the very existence of racism (except, curiously, the racism apparently experienced by white people themselves).

This is why it also makes no sense from a CRT perspective to accept the right-wing argument that racism is only an issue because people (presumably black people) are “obsessed” with race and with “making” things about race.

Society is already racialised, and it is not black people who are obsessed with race but race (as a historical system for securing white advantage and producing black subordination) that is obsessed with us.

Focusing on right-wing white anxieties therefore misses the point. CRT is being attacked because it is working; because its challenge that we need to take racism seriously can no longer be easily ignored. What we need to do is not to “defend” CRT but to redouble our efforts in the struggle against racism and white supremacy — to work constantly against racism in all its vulgar and “benign” guises and to make for ourselves a liberated future.

• Modiri is head of the department of jurisprudence in the law faculty at the University of Pretoria and editor-in-chief of the SA Journal on Human Rights.

If critical race theory theorists are to be taken at face value, every liberal democracy is pitted in a fight to the death between white racists and ...
Opinion
6 months ago

The EFF leader’s proclivity to intimidate and bully has never led to consequences – but this time, his opportunistic shape-shifting could cost lives
Opinion
6 months ago

MICHAEL MORRIS: Racism is more of a problem for politicians than citizens

MICHAEL MORRIS: Racism is more of a problem for politicians than citizens