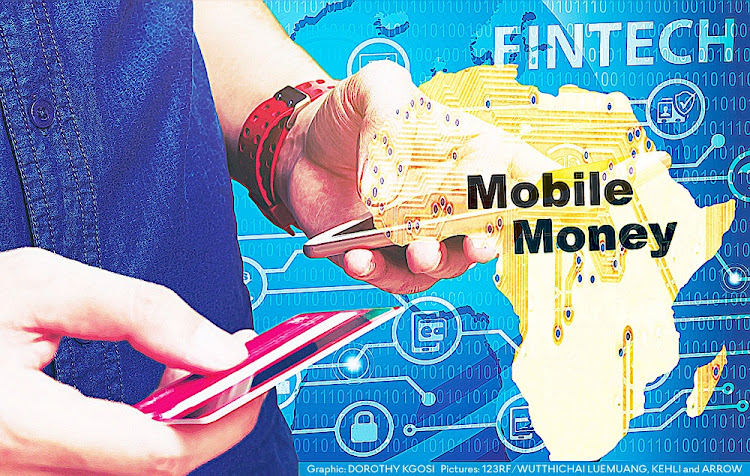 Telecom operators are ramping up to make a play for market share in Africa’s fast-growing fintech space, but in a diverse, fragmented and rapidly changing landscape the path to rapid scaling remains unclear.

The scramble for market share in Africa’s burgeoning payments sector is gaining momentum. In May a consortium that brought together Kenya’s Safaricom, SA’s Vodacom, the UK’s Vodafone, British finance agency CDC and Japan’s Sumitomo, won Ethiopia’s first telecommunications licence in a competitive bidding process to become the first private telecoms player in the country. While the licence excludes mobile money services and significant investments in infrastructure are required, it seems the group is hoping for a chance to eventually bring digital services to Ethiopia’s 112-million inhabitants.

Because of its size and paucity of digital services, Ethiopia is considered one of the next big payment markets after the big four: Nigeria, Kenya, Egypt and SA. More than 1-million Ethiopian cellphone subscribers signed up for a new mobile money service within a week of its launch in May, reflecting the pent-up demand for mobile money in that country. But opportunities exist across the continent.

Sub-Saharan Africa has one of the highest percentages of unbanked adults in the world, according to the World Bank Findex study, but also the highest percentage (21%) of adults with a mobile money account — and the Covid-19 pandemic has only underscored the social and economic importance of such services. What’s more, no major tech companies have yet emerged to dominate the market.

This opens the door for telecoms players that, on the surface, are ideally placed to lead in this space. The continent’s top telecoms operators — MTN, Vodacom, Orange and Airtel Africa, controlled by India’s Bharti Airtel — already provide banking services to tens of millions through their “mobile money” networks and are also established and trusted brands, with wide reach.

In Nigeria, for example, EFInA research found that about 81% of the population owns a mobile phone while only 45% are banked. This pattern is similar across most of the continent. Telecom operators also have an unparallelled depth of knowledge about their customers airtime purchasing and data usage habits, a potential edge that could be leveraged in offering personalised financial services to customers.

Across the continent telecoms players are starting to separate their payment businesses and telecoms operations, to improve their focus and leverage their size and brand to raise capital and accelerate growth in the fintech space. This is also in line with policy direction from regulators requiring mobile money services to operate independently.

But to win in fintech in Africa will take more than brand and reach. Despite favourable tailwinds, including a young, fast-growing and urbanising population with a median age of 20, rapidly expanding digital penetration, scarce physical banking infrastructure and favourable regulatory environments, Africa is a deceptively fragmented market. It is not easy to gain a foothold here, let alone to scale.

Aside from the fact that most digital financial services are concentrated in just four key markets, even among these “big four”, each market has unique characteristics, including a regulatory framework that has shaped its payments landscape and preferences — resulting in different battlegrounds and required enablers. The disposition towards mobile money also varies significantly. For example, Nigeria, SA and Egypt are bank-driven markets; Kenya is predominantly a mobile money market.

But on a still cash-heavy continent there is opportunity on the acquiring side, both offline and online, as well as in digital wallets and cross-border payments — driven by innovative, low-cost solutions to support both remittances and SMEs in Africa’s large informal economy. McKinsey estimates that most of the projected growth in payments will be driven by offline acquiring and digital wallets — expected to grow by about 37% and 34% per annum respectively to reach $1.8-trillion and $1.7-trillion gross transaction value by 2025.

Africa is already recognised as a world leader in the payments space and in each market some players have achieved notable success by finding and flourishing in a niche and scaling from there. However, scaling across national boundaries has not been straightforward. It has proven difficult to transplant an innovation from one context to another given divergent regulatory environments and payments landscapes. One East African payments player failed to gain a foothold in SA, for instance, mainly because a higher proportion of the population is banked than on the rest of the continent.

In approaching this challenge partnerships could hold the key. Flutterwave, Africa’s most recent fintech unicorn, is expanding rapidly and modifying its offering as it goes through a series of innovative partnerships. Two weeks ago it announced its intention to partner with Ethiopian digital money and e-commerce platform Amole to make remittances from the country’s 8-million person diaspora faster and cheaper, after that country has opened up.

Carving out a niche as an independent fintech business and combining this with the flexibility to partner with different players in each market could be an effective strategy for overcoming African variability. MTN, for one, appears to be determinedly moving in this direction. At its June capital markets day MTN announced that it is focusing on progressing its fintech separation as part of its Ambition 2025, partly to give it greater flexibility to find the right partners to scale the business across the continent.

As players race to capture a share of the fintech pie they must do so with an eye to rapid scaling across the continent. This is not only good for growth but an imperative for risk management to help manage regulatory/country risk in a diverse environment. And with the recently declared African Continental Free Trade Area — potentially the largest free trade zone in the world — expected to increase the volume of cross-border transactions dramatically, the time has never been better to think continentwide.

• Kola-Oyeneyin  is a partner with McKinsey Nigeria.