An adequate climate response offers SA a chance to not only respond to climate change, but to also determine its own course of change 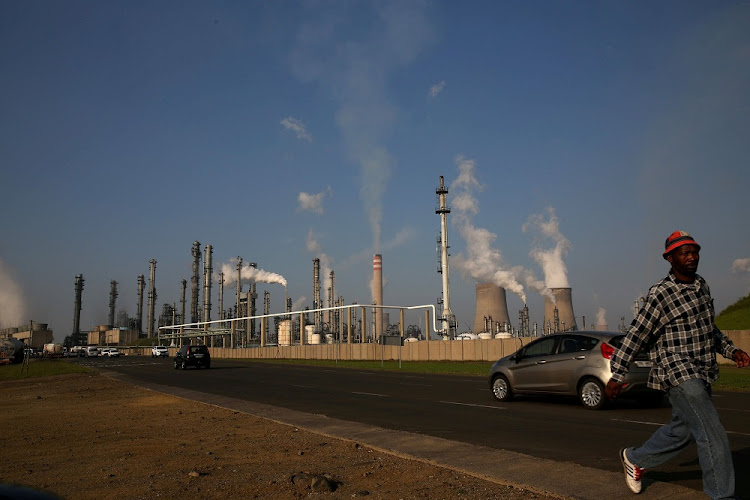 Climate change is the single greatest challenge facing humanity. It is extraordinarily complex, due to its interconnected and multifaceted nature. It results from activities within societal and economic systems, yet, simultaneously, it negatively impacts these very systems. As such, it needs to be tackled within the global systems that people depend upon. Guaranteed by both climate change and climate action, is that either way, there will be drastic changes.

Humanity is faced with a choice. Focus efforts on guarding against rapid deterioration of the physical environment, or, for the sake of short-term gain, not. However, both climate action and inaction pose risks. This is particularly true for SA. As more climate risks materialise, and as risks move from perceived to actual, the need to respond has become more urgent.

The World Economic Forum’s Global Risk Report (2021) is dominated by environmental risks linked to climate change.  It ranks “extreme weather” as number one. Second is “climate action failure”. Only one of the top five risks is not classified an environmental risk — the risk of “infectious diseases”. This is profound: even during the global Covid-19 pandemic, climate change poses the greater material risk.

Scientific consensus has concluded that the world faces a climate emergency, the severity of which requires urgent action. In response, global efforts aimed at addressing climate change have, of late, intensified. The binding Conference of the Parties’ (Cop 21) Paris Agreement has been instrumental. Countries are committed to reducing their carbon emissions and to adapt to the changes necessitated by climate change. As a signatory, SA is required to submit a framework vis-à-vis how the country will achieve its Paris Agreement emission reduction and climate-adaptation targets. The agreement's “ratchet mechanism” also requires an update of targets by increasing climate action “ambitions”, every five years.

SA is faced with a dilemma. On the one hand it is vulnerable to several physical climate change risks, and on the other, it is vulnerable to transition risk. It ranks as the largest greenhouse gas emitter in Africa and 14th-largest in the world, with 39% of the country’s total emissions attributed to Eskom burning fossil fuels, primarily coal, to generate most of the country’s electricity.

SA’s climate response predates the signing of the Paris Agreement. It is considered one of the most climate change progressive developing countries. It has produced several pieces of policy and legislation in response to climate change. But, disappointedly, amid political and economic turbulence there have been several delays in implementing key policies and programmes.

Nevertheless, the release of the low emission development strategy, the implementation of carbon tax, the drafting of the Climate Change Bill, together with the recently released draft update of the Paris Agreement targets, all build on the white paper. As does the recently established Presidential Climate Commission (PCC), a broad stakeholder-based focus on creating a “just transition” to a low carbon economy.

The National Treasury has also released its Financing a Sustainable Economy technical paper. The financial sector’s Climate Risk Forum (CRF) has responded by focusing on the implementation of treasury’s recommendations. Its current focus is to give effect to the proposals, which envisage an increase in capital allocation to sustainable development and the transition to a “climate-resilient economy”.

Yet, notwithstanding the establishment of the PCC, CRF and the aforementioned policies and initiatives, SA is yet to demonstrate an integrated and co-ordinated vision and response. By way of example, the Independent Resource Plan (IRP) of 2019 contradicts the country’s low emissions development strategy, which aims to achieve carbon neutrality by 2050, as the IRP includes coal in the energy mix post 2050 and allows coal-based power stations to be built until 2030. Government seemingly also wants to expand the economy’s reliance on fossil fuels, since it aims to develop the country’s petrol and gas industries following discoveries of offshore gas fields.

To the country’s detriment, such a fragmented and misaligned approach increases the likelihood of a disorderly transition and heightened physical climate risk. SA has scope to enhance its climate response, and so it must. If it doesn’t adequately co-ordinate and address its carbon emission transition and build resilience to climate change, the country may be less competitive, since this may very well result in its marginalisation on the global stage.

Therefore, building on its various existing policies, it should create an overarching transition strategy that creates a unified vision for SA’s decarbonisation. SA needs a detailed road map, more encompassing than the low emissions strategy. It should provide a full overview of the sectors and activities that contribute to climate change and the sectors and activities that are to be affected by it. The road map should include a detailed adaptation plan for impacted sectors, and a detailed mitigation strategy for contributing sectors.

And crucially, the inclusion of a cost analysis of the envisaged transition, as this will assist in allocating and assessing the finance required to undertake the transition, including the quantum of international funding support required. It will require public, private, donor and development finance.

If carefully managed, a transition to a low carbon economy can address the many climate change challenges and may even result in benefits that transcends the environment, since a just transition will promote social sustainability. An adequate climate response offers SA a chance to not only respond to climate change, but to also determine its own course of change. In doing so, it may very well result in solutions for the many other challenges facing the country, such as the lack of energy security and extreme social inequality.

Lockhat, a senior specialist in the human settlements market conduct division at the Banking Association of SA, writes in his personal capacity. This an extract from a paper he prepared for the Inclusive Society Institute.

WATCH: Green hydrogen shows potential if projects can get permits in a row

WATCH: Green hydrogen shows potential if projects can get permits in a row