Despite demands for justice for apartheid crimes, authorities still dragging their heels 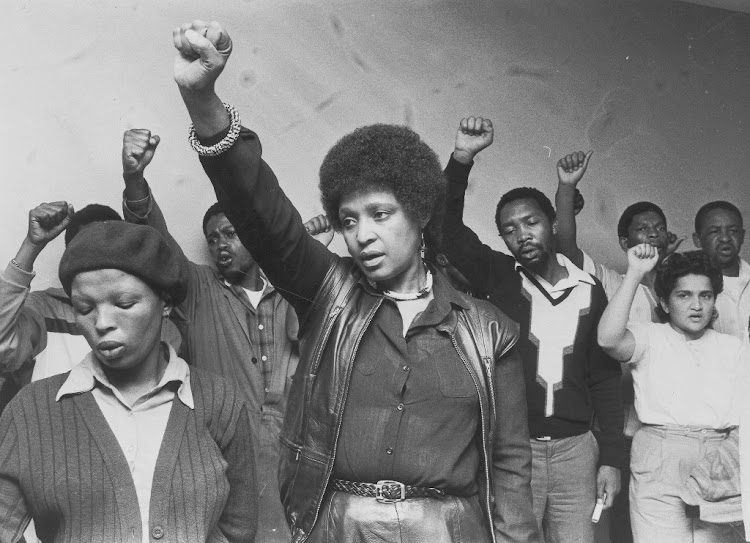 The startling first-time admission by former apartheid law and order minister Adriaan Vlok that the notorious 1985 military signal demanding the “permanent removal from society” of the Craddock Four was a de facto kill order, is the latest thread of the old regime’s defence of its past criminal actions to unravel.

It comes amid outrage among the families of victims of apartheid death squads that Vlok’s ex-boss, former president FW de Klerk, continues to insist that apartheid was not the crime against humanity the international community insists it was — and remains.

Anger has been further provoked by revelations of two ANC deputy presidents’ roles in preventing the hundreds of prosecutions of perpetrators that should, by statute, have resulted from the recommendations of the amnesty committee of the Truth & Reconciliation Commission (TRC).

Yet despite the rising chorus of demands for justice that has swelled ever since the inquest ruling in 2017 that Ahmed Timol’s death-plunge from police headquarters in Johannesburg was murder, the authorities continue to drag their heels.

Malfeasance is strongly suspected: the same year, the Craddock Four docket went missing from the National Prosecuting Authority (NPA); and in 2019 the reopening of the inquest into the death in custody of Neil Aggett was announced less than a fortnight after Stephen Whitehead, the last of his presumed murderers, had died.

Now Col Eric Winter, the former security branch chief at Craddock on whose watch the four Eastern Cape activists were murdered — yet who never applied for amnesty at the TRC — is reported to be on his death bed with lung cancer. Without doubt he will not face trial.

Former TRC advocate Howard Varney has noted that on June 6, 1985 a State Security Council subcommittee meeting in Port Elizabeth chaired by Vlok, then deputy law and order minister, sought recommendations on what to do about activist teacher Matthew Goniwe.

Now, in a new Al Jazeera documentary titled My Father Died For This, by director Naashon Zalk and producer Hamilton Wende, a frail 84-year-old Vlok is seen hobbling with a walking stick. Asked by Wende what the “permanent removal from society” order meant, Vlok confessed: “You know, we in the Security Council, we were very careful not to tell, not to say and not to make a note and to have in the minutes to kill anybody. So we would say, uh, remove a person from the society, remove him. And, you know, never, nobody said kill him. But we, I thought probably it was meant if you can't solve the problem by removing the guy, then you could kill him.”

Though he then tried to backtrack, Vlok’s admission marks a new twist in his convoluted grappling with his own culpability. His journey took him to the arrogant heights of the securocrat elite by 1986, then down to his knees in 2006, publicly washing the feet of the widows and mothers of the “Mamelodi Ten” — 10 youths lured to their deaths by his policemen two decades earlier — in apparent Christian contrition.

But 2007 also saw Vlok let off the hook with a mere slap on the wrist, alongside former security branch chief Gen Johan van der Merwe and three of his officers, for the attempt to poison Frank Chikane. The plea bargain that got Vlok and van der Merwe 10-year suspended sentences remains the only significant conviction to date of apartheid chiefs for the regime’s crimes.

It also marked the accidental surfacing of an unconscionable attempt by the ANC’s top leadership to illegally suborn the independence of the NPA by creating additional post-TRC amnesty processes that were not passed by parliament, which took place behind closed doors without victims’ families being informed and in effect prevented any of the 400-odd prosecutions recommended by the TRC Amnesty Committee from going ahead.

The Al Jazeera documentary was based on the concluding part of my book, Death Flight, which details the activities of Delta 40, a clandestine apartheid Special Forces unit tasked with the murder of hundreds of detainees and the dumping of their bodies in the oceans from a light aircraft over 1979-1987.

In attempting to secure an interview with the responsible SA Defence Force (SADF) chief Gen Constand Viljoen — impossible, as he was already suffering from Alzheimer’s and would die months later — I had stumbled on an ultra-secret series of negotiations over 1997-2003 between successive deputy presidents Mbeki and Jacob Zuma plus a cherry-picked group of cabinet ministers, with an equally tight-knit group of apartheid war chiefs under Viljoen and Gen Jannie Geldenhuys.

The aim of the talks, conducted in a “very social” atmosphere at the presidency and several private residences, was, according to the surviving military man present, Maj-Gen Dirk Marais, in my lengthy taped interview, to prevent any prosecutions — on either side — resulting from the TRC. Marais’ opposite convener of the talks, Mbeki’s Namibian friend Jürgen Kögl, refused to talk to me but had been interviewed a decade earlier by German researcher Ole Bubenzer, who had also interviewed Viljoen.

The two men had confirmed the negotiations in detail to Bubenzer, with Kögl answering the question of why the leading liberation movement would seek to undermine the truth commission it had itself established: the ANC feared the military was not forthcoming on “third force” violence and would stoke ANC-IFP warfare in KwaZulu-Natal, was concerned that a purge would cripple the new SA National Defence Force, preferred nation-building to vengeance — and was worried that neighbouring countries would bill the new state for apartheid war damage. Also, Marais told me, Mbeki feared his “own president” would wind up in court facing charges. Neither Mbeki nor Zuma responded to requests for say on Kögl’s and Marais’ assertions.

But Viljoen and Geldenhuys sought a blanket amnesty for all violations — identical to that which the security forces had received for actions in South West Africa on the very eve of Namibian independence — while Mbeki and Zuma sought a case-by-case amnesty-for-disclosure deal. It is a supreme irony that after the generals walked out of talks on Feb. 17, 2003, it was the ANC that continued to protect apartheid war criminals.

Schmidt is a veteran investigative journalist and Africa correspondent. His book, “Death Flight: Apartheid's Secret Doctrine of Disappearance” is on the nonfiction longlist for this year's Sunday Times CNA Literary Awards.