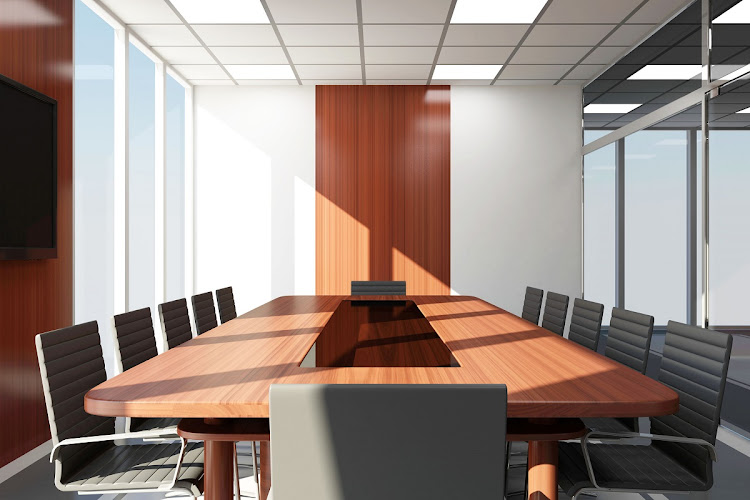 “A virtuous cycle of respect, trust and candour”. This phrase was coined by Yale professor Jeffrey Sonnenfeld to describe a fundamental attribute of highly effective boards of directors. What differentiates a team of highly effective talented individuals from a comparable team that is dysfunctional is the chemistry — an unquantifiable attribute.

Highly effective boards develop mutual respect that develops into genuine trust, and this enables them to share difficult information in an unfettered way. The symmetry of information enables them to challenge one another’s conclusions coherently, which makes for a spirited give-and-take that culminates in the adjustment of their own interpretations in the light of intelligent questions.

This virtuous cycle of respect, trust and candour touted by the research can be broken any time the CEO withholds information in mistrust, board members develop private channels of communications with line managers, factions develop within the board or individuals serve other political agendas.

One of the birth defects of many a board of directors in the SA corporate landscape that breaks Sonnenfeld’s virtuous cycle is the legacy of a divided past. To abbreviate Nigerian academic Omano Edigheji, “we are emerging from race-based organising logics that deem it appropriate for whites (and more particularly specific groups of whites) to be empowered insiders and other groups disempowered outsiders”.

We underestimate at our peril the significant influence of norms and values of human sociability on economic activities in our search for highly cohesive boards of directors underpinned by an unfettered esprit de corps dynamic that would eliminate unmitigated dysfunctionality. This dynamic board process requires the collaboration of human beings with a shared vision.

If a fiduciary duty is an obligation to act in good faith, with the care of a reasonable person in a similar position and the belief that their decisions are in the best interests of the company and its shareholders, then many a member of the previously disadvantaged community experiences a degree of incongruity between duty to the company and the specific interests of a stakeholder group they might be representing.

The expectations of some boards from members of a disadvantaged group are not value-adding to the enterprise. Rather they are seen as representative, which putatively conflates the individual as an entity with the collective, creating an incongruous sense of fiduciary responsibility. Thus, the esprit de corps cannot develop, as the underlying basis of this relationship is not undergirded by egalitarian values.

Almost all lead directors in SA are white and male, which cannot be a coincidence. It is born of the organising logic that deems it most appropriate to have a white male, as opposed to diversifying colour and gender to improve the quality of debate and decision-making. A deliberate investment in diversity is part of the first step in creating robust boards of directors.

A culture of open dissent

Prof Sonnenfeld posits that the most important link in a virtuous cycle is the capacity to challenge one another’s assumptions and beliefs. This is exceptionally difficult in an environment shrouded in political correctness that bears no modicum of genuine respect or trust and therefore cannot withstand forthright discussion.

In some instances there is an unexpressed expected decorum from women and black directors. Thus, there is an inherently high risk of being unduly malleable in an effort to become part of the team.

Building an effective board

It has been proven beyond reasonable doubt that board governance can neither be legislated nor arise out of perfect procedure and guidelines, no matter how fine-tuned. Research suggests it can only be built over time.

Organisations need to create a climate that is conducive to robust debate and dissension. Most SA companies are not geared for constructive dissent based on a refined understanding of one’s fiduciary responsibilities and thorough understanding of the company and its strategic thrust. CEOs, chairs, the lead director and boards in general need to demonstrate that they understand the difference between dissent and disloyalty.

In a divided culture certain assumptions subconsciously surface even among the silky sophisticated leaders of large financial institutions — obscuring the fundamental difference between dissent and disloyalty. The implicit cultural assumptions beneath the surface are such that dissent may not originate from outsiders in terms of gender or colour.

Internationally, boards have a way of closing ranks and discrediting dissenters. Enron ignored two senior directors who objected to the path the organisation was taking, and the two dissenters resigned.

According to data complied by Kathleen Eisenhardt and LJ Bourgeois, the highest-performing companies have extremely contentious boards that regard dissent as an obligation and treat no subject as undiscussable.

Unfortunately, in polarised environments such as SA, dissent is expected from the “insider” group but not the “outsider” group, and corporates are that much poorer for being deprived of the power of diversity.

The desirability of board members constantly challenging each other in a robust manner cannot be over-emphasised. There is a need for directors to assume different roles that test the broad strategic picture of a proposal, the costs that must be trimmed, the consistency of argument by the presenter, and the modalities for executing the suggested paths.

A 2002 survey by the Yale School of Management and Gallup organisation discovered that 25% of CEOs claimed their board members did not appreciate the complexity of the businesses they oversee. Board accountability is a tricky problem for CEOs, especially in environments such as SA where many a board member does not seem to appreciate the enormity of what is expected of directors by the Companies Act.

In situations such as Enron in the US and Steinhoff in SA, board members point the finger of blame at others and proclaim ignorance as a badge of honour. The level of financial sophistication on both of these boards would seem to attest to board members deferring to the expertise of the executive.

Board performance evaluation has become a buzz word in the last five years, and most of the larger companies tend to do them. American data of the early 2000s indicates a less rigorous approach to evaluating this group of people.

It is an established fact that lack of feedback is self-destructive as it inhibits the opportunity to learn for both individuals and organisations. Effective performance review includes a full board evaluation, individual directors’ self assessment, and directors' peer reviews of one another.

A thorough assessment of the organisation would assist in adjusting strategy and re-appraising each director's role, especially in board committees. Since King IV there seems to be an undivided focus in this area of our corporate governance.

The truth beneath the surface is that we have some way to go before SA boards reflect the broad-based robust interaction that helps improve board effectiveness.

• Thabe is managing executive of Angavu Ethical Solutions. This is the second of a two-part series.

Board effectiveness: the truth beneath the surface

Simply tightening procedural rules for boards is barking up the wrong tree: the ‘social system that a board actually is’ needs to be addressed
Opinion
1 month ago
Next Article