You could see that approach from when Jabu Mabuza first started out in business as a taxi owner, pulling himself up as the model entrepreneur 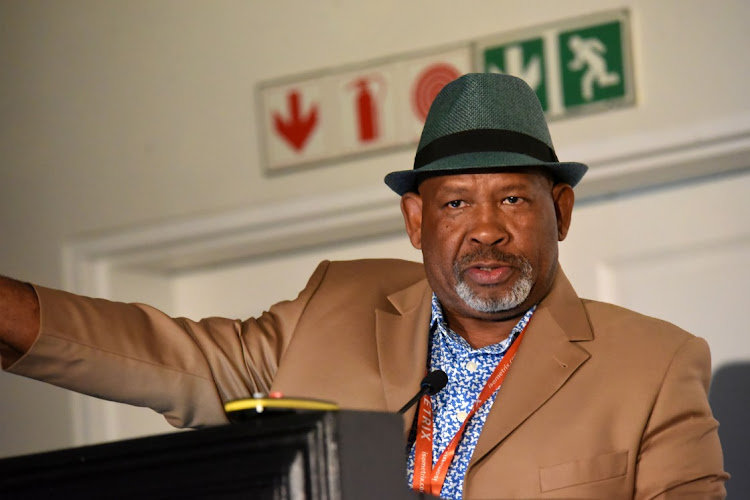 SA’s business community has been shaken by the tragic death of Jabu Mabuza.

This is not only because of his stature. It is also because of his character: almost everyone I know has a favourite anecdote of time spent with the man in the fedora. Most of these anecdotes involve a combination of tremendous humour and strength of personality — for that is how Jabu approached life.

A keen golfer — after all, one of the sectors he led was the gaming and tourism industry — Jabu filled every room with his exuberance and unashamed sharing of his humble beginnings.

He was as smart as he was quick-footed, drawing on the traits developed in the tough survivalist business environments of the township and rural economy.

You could see that approach from when Jabu first started out in business as a taxi owner. He ran his fleet efficiently and effectively, pulling himself up by his bootstraps as the model entrepreneur. From there, his business career grew and grew, and eventually saw him heading up large corporations such as Tsogo Sun and South African Breweries, applying that same combination of humour (to disarm his opponents) and courage (to push for transformation and empowerment).

Jabu played a leading and pivotal role as a business leader with foresight and great energy. He was a phenomenal human being and a gentle soul. He made an impact on everyone he interacted with.

My strongest memories of him were developed during the state-capture period. As convenor of Save South Africa, one of my major challenges was to get business involved in confronting the Zuma administration. Although hesitant that he would ever be able to bring his colleagues along, he ultimately became a great support.

As then-president of Business Unity SA (Busa), Jabu shared my passion, but organised business was still hesitant — until he started showing the captains of industry how to navigate the space, how to maximise their collective voice, and to deliver very difficult messages to government.

In an unprecedented move by business, he led a group of business leaders to join the People’s Assembly Against State Capture at St Albans Cathedral in Pretoria in 2016, which also marked the launch of the Save SA campaign.

During the difficult Zuma years, with sovereign ratings downgrades looming and negative investor sentiments, Jabu led an initiative with then finance minister Pravin Gordhan as his government counterpart, travelling the world to try to build positive support for South African investment.

We must never underestimate the courage it took for a man in his position to take on the state. Many sectors of business were in compromised relationships with Zuma and the Guptas. Many other sectors relied almost entirely on government business — whether legitimate or corrupt — and were anxious about rocking the boat.

And so Jabu did the rocking for them. Worthy of recollection was a dinner hosted by President Zuma where Jabu had to deliver the most frontal and blunt message of a business community that put government on notice about state corruption and the damaging effects on the economy. He became adept at staring down the Zuma administration while mobilising business behind the cause, whether as individual business leaders or in collective forums such as the CEO Initiative or Busa itself.

But Jabu did not let matters rest with criticising government. He also led the charge for introspection within business, championing the development, adoption and implementation of organised business’ integrity pledge alongside equally strong characters such as Bonang Mohale, Adrian Gore and Adrian Anthoven, among others.

The pledge became a valuable tool in shaking loose some of the corrupt businesses who sheltered within formations such as Business Leadership SA (BLSA) and Busa, as well as becoming a galvanising force for those wanting more ethical forms of business leadership, and is perhaps one of Jabu’s greatest legacies.

As state capture was being pushed back, he encouraged business to provide skilled executives to assist with fixing state-owned enterprises (SOEs) and, in line with his principle of getting his hands dirty, went on to accept the invitation to chair the board of Eskom. And, as part of his commitment to the young generation, he led the Youth Employment Scheme (YES) to collaborate with government to assist young unemployed people to find job opportunities.

I will always regard Jabu as a true leader, a man of integrity and someone who was never afraid to speak his mind.

He will be sorely missed at a time when we need all hands on deck to resolve the massive challenges posed by the global Covid-19 pandemic and its impact on business and society, and the overwhelming need to build a more inclusive economy based on ethical leadership.

He was a consummate gentleman, a courageous leader and a true patriot.

Jabu Mabuza taught me that if we wait for someone else to fix things, we are doomed to further despair, writes Bonang Mohale
National
5 months ago