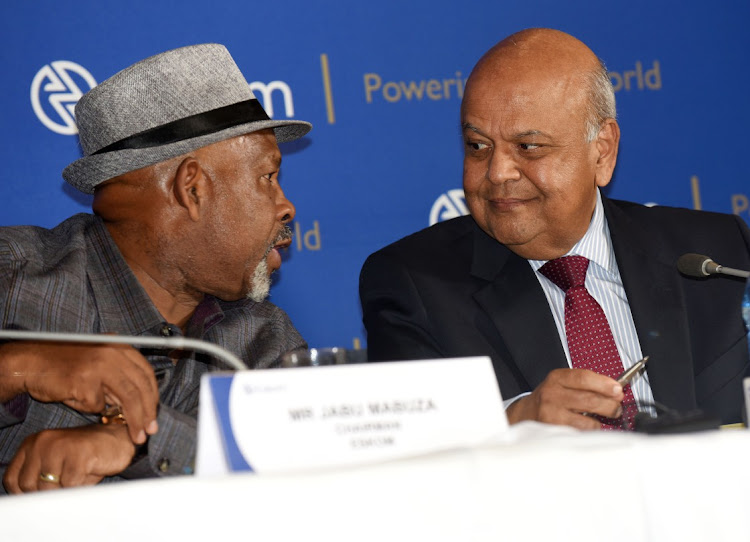 Jabu Mabuza was a courageous, gentle soul, whose tenacity, skill and adroit management of people and occasion were his hallmarks. I admired his resolve, steadfastness, industriousness and ability to build bridges. These qualities saw him rising from humble beginnings- from small, township-based businesses — to the pinnacle of the corporate world.

Mabuza’s larger-than-life presence always lit up a room: his optimism was delightful and his humour helped in the most difficult of situations. He will be remembered for his integrity and great business acumen, which won him many friends in the business community.

He transcended his immediate business interest to embrace the need to ensure that the economy is inclusive, transformed and delivers for all South Africans. Mabuza was a businessperson with a deep love for this country and a passion to contribute towards the country’s economic and social development.

In 2016, Jabu and Vassi Naidoo approached me in Davos, to meet business to explore how SA could avoid a ratings downgrade. We convened a meeting of about 60 business organisations. Business and government worked together to avoid ratings downgrades and sustained investor confidence during the height of what we know today as state capture.

Business had come forward to work with the government to ensure that our economy did not slide back, after the country was in crisis after the dismissal of former finance minister Nhlanhla Nene in December 2015. This CEO initiative spearheaded the formation of the YES programme and the establishment of the SME fund, to create support and opportunities for young black entrepreneurs in particular.

When President Cyril Ramaphosa appointed me minister of public enterprises in 2018, the country was in the midst of rolling load-shedding — even though that is still the case — with Eskom experiencing operational, financial and governance challenges. The country was just getting to grips with the phenomena that was state capture and its effect on our state-owned enterprises.

The department of public enterprises and its portfolio of SOEs was the ground-zero of state capture. One of the key strategic appointments that President Ramaphosa made in January 2018 was to appoint Jabu Mabuza as Eskom board chair, signalling the government’s intention to turn around the power utility.

The president’s mandate to the department of public enterprises was to drive a reform agenda and appoint courageous leaders with integrity that could change and instil new governance principles at our SOEs. The president has already shown the way with Jabu’s appointment. There was no doubt that Jabu Mabuza  and I were going to be in close contact on a daily basis to ensure we turned Eskom around.

My first encounter with Jabu Mabuza as Eskom board chair was characterised by a “business unusual” approach as we pondered the enormous task that lay ahead, and it was clear from the onset that egos should not get in the way. We immediately got rid of officialdom. I called him Jabu and he called me Pravin. Jabu always reminded me that he was a self-made businessperson who started his business empire in the taxi industry during the 1980s.

I gave up on telling him to take off his fedora hat during media briefings as it told me about the type of leader that he was. He insisted on his refusal to follow the orthodoxy of the business world — and yet he successfully chaired many boards, made many deals, and earned the respect of business and government.

He never changed himself to assimilate into familiar businessperson roles and how they should carry themselves. There was something in his disposition that carried a burning sense of contributing to the economic fortunes of SA. It was not enough for him that he was a successful business person. For him, resilient and robust institutions mattered in our journey to economic prosperity.

Mabuza contributed immensely to the stabilisation of Eskom and availed himself when many leaders were reluctant to contribute their skills and expertise to managing our SOEs, especially the troubled Eskom. He proved to be a hardworking and courageous business leader, not averse to making difficult strategic decisions.

When Phakamani Hadebe could not continue as GCEO, Jabu still put his hand up and agreed to step in as an executive chair and acting CEO in July 2019. He led the executive team of Eskom until his resignation in January 2020. During that time, he managed to steady the ship.

He worked over many years to lend his business skills to developing various successful businesses: Tsogo, Multichoice, AB InBev and Telkom; and provided bold and transformative leadership in vital business formations: FABCOS, Busa, CEO Initiative, Business Leadership SA and many others.

SA is poorer for having lost such a leader who stood tall among his peers for his leadership acumen, approach to transformation and insistence that business needs to change to meet the challenges of a new SA. I will miss your fedora hat, Jabu, and that affable laugh. May your soul rest in peace, my friend.

• Gordhan is minister of public enterprises.