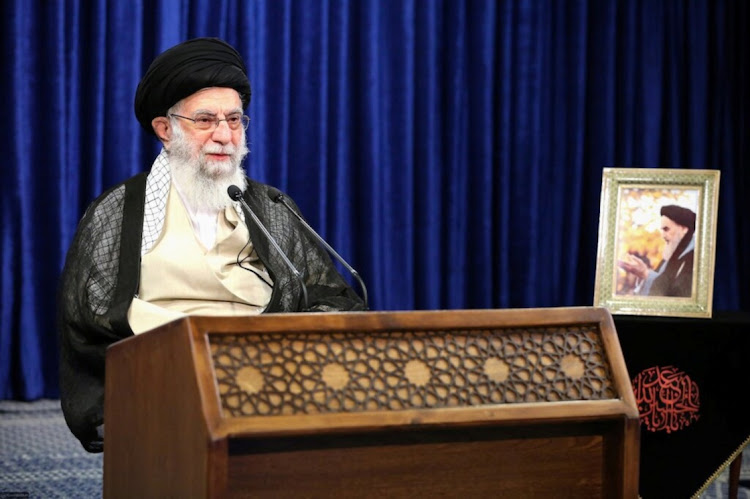 Iran’s Middle Eastern neighbours have a great deal at stake in the outcome of its presidential election on Friday. But the key to reducing friction in the region lies not in the outcome of the vote, but on the winner’s attitude towards the US.

No-one expects any fundamental change in the Iranian regime: after all, voters only get to choose from a shortlist of contenders approved by the Guardian Council, a body that vets candidates for ideological purity. All the plausible winners are hardliners; competitive moderate candidates were all barred from running.

The Iranian president has limited effect on foreign policy, which is directed by supreme leader Ali Khamenei. Relations with neighbours are often dictated by the Islamic Revolutionary Guard Corps (IRGC).

But that doesn’t mean the election is meaningless. The next president will have leeway in implementing the broad directives that come from Khamenei. He and his foreign minister will set the tone for the way Iran interacts with other countries.

Iran’s relations with most of its neighbours have long been tense, and deteriorated into a low-intensity conflict during the second half of the Donald Trump administration. But a dialogue has developed over the past year between the Islamic Republic and its key Arab antagonists, Saudi Arabia and the United Arab Emirates (UAE). If the next president is so inclined — and so instructed by Khamenei — he can use these discussions as a platform from which to improve ties.

The Saudis and Emiratis are unlikely to be enthusiastic about the front-runner for the presidency, Ebrahim Raisi, who is also viewed as a potential successor to Khamenei. A hard-line cleric with strong ties to the IRGC, Raisi has hewed closely to Iran’s hostile posture towards its neighbours.

But it is conceivable that a hard-line Iranian president could, under the only-Nixon-could-go-to-China thesis, find it easier to make concessions to regional rivals, and even to the US. Indeed, an accommodation with the “Great Satan” would make the Islamic Republic more likely to mend fences with its neighbours.

That, in turn, will depend on the outcome of negotiations in Vienna to revive the 2015 nuclear deal Iran signed with the world powers. The outgoing president, Hasan Rouhani, is keen for that to happen before his term formally ends in August. His successor would then be able to take office in a new atmosphere of dialogue with the US, which would have a huge effect on Iran’s neighbourhood.

Raisi, who has said that executing the nuclear deal “needs a powerful government”, would probably prefer that the negotiations were completed before he is sworn in, leaving him to enjoy the benefits — mainly, the lifting of American economic sanctions. This would greatly improve his chances of tackling the problems he will inherit from Rouhani, which include a devastated economy, the lingering effects of the coronavirus pandemic and the growing alienation of the population from the theocratic state.

Better Iranian-American relations would also bring the next president some diplomatic dividends. Removed from Washington’s blacklist, Iran would be able to develop normal relations with its neighbours.

This would be welcomed by Arab countries that have maintained a delicate balance between Iran and the US. Qatar, Oman and Iraq would be able to strengthen their ties with Tehran without fear of antagonising Washington. The Saudis and Emiratis would be encouraged to accelerate the process of normalising relations with the Iranians.

In turn, the regime in Tehran might dial down its own hostility, and restrain its proxy militias from attacking US targets in Iraq and its Yemeni partners, the Houthi rebels, from firing rockets into Saudi Arabia.

One enmity will endure, however. Whoever becomes the next Iranian president can be relied upon to maintain the regime’s hostility towards Israel, which is a core tenet of the Islamic Republic. Benjamin Netanyahu may no longer be prime minister, but there is consensus across the Israeli political spectrum that Iran represents a clear and ever-present danger.

This means the new coalition government under Prime Minister Naftali Bennett will likely keep up Israel’s persistent, low-intensity military campaign against Iran and its militia proxies in Syria — and efforts to damage the Iranian nuclear programme.

The Israelis have struck some major blows in recent months, including the assassination of Iran’s top nuclear-weapons expert and the disruption of its main uranium enrichment facility. But if American-Iranian relations improve, the US will press Israel to at least pull some punches.

But all bets are off if the talks in Vienna go nowhere. Iran would then keep enriching uranium to ever higher levels, compelling Israel to continue — or even intensify — its attacks. Saudi Arabia and the UAE would probably keep up their dialogue with Iran, but a normalisation of relations would be harder to achieve without support from Washington. And an uptick in anti-American attacks by Iran-backed militias would make matters very awkward for the Iraqi government.

From Baghdad to Riyadh, governments in the Middle East will be keeping a close watch on the results announced in Tehran. But their hopes for reduced tensions in the neighbourhood may rest on what happens in Vienna.

Had new premier stayed in business, some say, he would have been one the richest Israelis
Opinion
1 year ago