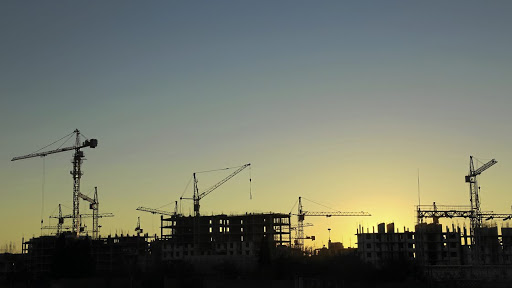 The poor governance of public infrastructure projects in SA has proved to be a major issue facing the administration. Some of the largest projects have clearly shown that governance failures can lead to the construction of the wrong infrastructure, poor-quality work and excessively high prices. These failures are evident from the corruption investigations around Eskom’s major coal-fired power station projects, Medupi and Kusile.

Last month public works & infrastructure minister Patricia de Lille, together with the Special Investigating Unit (SIU), launched the new Infrastructure Built Anti-Corruption Forum. This is as an initiative by the Anti-Corruption Task Team, the government and civil society, together with the built environment sector. Its primary objective is to monitor infrastructure projects more effectively and put systems in place to detect and prevent corruption. It is also designed as an industry-wide governance mechanism for the Infrastructure Investment Plan that was approved by the cabinet in May 2020.

While this initiative would seem to be a step in the right direction, it could prove futile should the fundamental requirement of transparency in planning, design and construction of these projects be disregarded. There is considerable evidence that additional transparency and oversight are potentially powerful tools to reduce the development impact of corruption. Procurement and oversight systems of the government are designed to reduce the impact of governance failures in infrastructure projects — notably the Framework for Infrastructure Procurement and Delivery Management published by the Treasury.

However, there is overwhelming evidence that existing procurement and oversight regimes are often not enough to deter corruption.

One comparatively cheap and potentially powerful tool to improve outcomes in public procurement on infrastructure projects is regular reporting and communication of important contract documentation and implementation details. This would improve transparency and consequently reduce corruption. There is a clear public interest in access to such key project documents as they involve the distribution of public funds. Their publication would also provide a stock of public intellectual capital that should reduce the legal costs of contracting and, when combined with information on contract performance, help spread best practices and ease the process of learning lessons from failures.

As standard practice, construction contracts specify what is to be delivered when, how, by whom and at what price, as well as various other commercial procedures. As such, they contain a wealth of information about who will benefit from the contract, potential waste or padded prices, and what the project outputs should be. This information can be compared with original bid documents, information about implementation and final outputs, to allow third parties (including competitors who might have lost during the bidding process) to monitor procurement, awards and the efficacy of resource utilisation.

Some might argue that the Promotion of Access to Information Act of 2000 already gives the constitutional right of access to any information held by the government, as well as information held by private bodies that is required for the exercise and protection of these rights.

However, freedom of information requests are time consuming and can incur significant charges, and these requests are likely to face challenges from contracting companies opposing freedom of information requests to limit or restrict disclosure. Few South Africans actually know how this process works, and publishing this information proactively would therefore be a better model. Exceptions can be made for commercially sensitive information that might unreasonably disadvantage contractors. There are a number of countries that are already doing this, most notably Argentina and Australia.

The specific types of information that could be published include identification details related to the contract such as project specification, purpose, location, intended beneficiaries and feasibility studies. Project funding related to the contract — including financing agreements and tender process details, a list of tenderers and the tender evaluation report — needs to be disclosed and published for each project.

Details of any re-award of the main contract should also be published given how common this practice has become in many government departments and state-owned entities.

In a country where corruption and mismanagement have repeatedly been linked to reduced quality and generally poor outcomes for communities as firms skimp on work and materials while bribing officials to look the other way, these measures should not be difficult to implement. As it stands, a total of 50 strategic integrated projects were gazetted in 2020 in terms of the Infrastructure Development Act of 2014, with an estimated combined capital investment value of R340bn. Can we really afford not know anything about these projects beyond the usual rhetoric from budget votes?

• Siphika is CEO at the Construction Management Foundation.

A book on how some forms of graft work to grow the economy needs to be studied, especially by ANC's factions
Opinion
11 months ago

M&R Cementation, which is M&R’s contract mining unit, will be the active partner with Amandla TM on the project
Companies
11 months ago

The group is battling with a heavy debt burden, but signs are stacking up that it can avoid tapping shareholders
Companies
11 months ago
Next Article