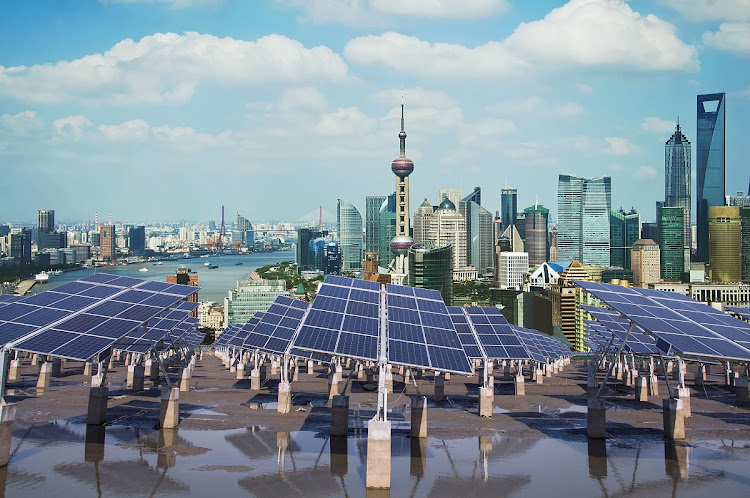 Once the biggest polluters in the world, China now has the enviable position of being ranked as the cleanest and greenest of all large, industrialised economies. The “airpocalypse”, Beijing’s notoriously thick grey smog, has been permanently eradicated, and the sky above Tiananmen Square is clear and blue.

With many cities banning petrol and diesel cars, and nations aiming for “net zero” emissions in the next 10 years, this has been called the Green Decade. Investments in coal and oil have collapsed, and even natural gas — the cleanest of all fossil fuels — has fallen out of favour. Both climate change and real pollution are hot issues on the global stage.

China, the world’s workshop and now the biggest economy, has been able to enforce draconian regulations against water and air pollution, permanently shutting down whole industrial conglomerates that don’t comply. Admittedly, its targets for net zero are far in the future, but China is saving a fortune in health-care costs, since city air became safe to breathe again.

China is the biggest manufacturer of electric cars, which are wildly popular domestically, and strong sellers internationally. The country also dominates the production of solar panels, and has more renewable energy capacity than any country on the planet. In the past, developed countries who outsourced their manufacturing to China were simply exporting their pollution. Now the country is the leading exporter of solar cells and batteries, and has the cleanest and most productive factories in the world.

While environmentalists and activists have long been campaigning for China to clean up its act, visionaries such as President Xi Jinping could see the benefits of clean air and water for national harmony and productivity. And having a green reputation has helped China ascend to leadership in the international arena, both politically and economically. For now, the US is playing second fiddle.

Ultimately it wasn’t the efforts of eco-warriors such as Greta (Thunberg), or virtue-signalling contracts like the Paris Agreement that changed Beijing’s course. It was simple economics; cheaper, cleaner, better was a winning formula for China, and the world.

Green is the new black

Coal is dead in the ground, except for India and China, and even there, they’re long past the peak. Now oil stocks are tumbling, as electric vehicles soar, and solar is as cheap as chips.

It’s all thanks to US President Joe Biden’s staunch support for #BuildBackBetter, a global movement which sought to capitalise on the fact that vast amounts of urban infrastructure needed to be replaced in the “Roaring 20s”. That and the fact that the pandemic years opened our eyes to the worst parts of unsustainable capitalism, such as gas guzzlers and conspicuous consumption.

“We’ve been handed a once-in-a-lifetime chance,” Biden said shortly after he took office in 2021. “We can rebuild our broken cities, damaged highways and desolate airports. Freed from the shackles of old ideas and false hopes, we can build again, only better!”

Careful to maintain support with moderates on both sides of the aisle, the new president did not issue a slew of executive orders, but pushed through subsidies and tax breaks to catapult new energy companies such as Tesla and Plug Power into market dominance. Now solar and hydrogen stocks are getting all the new investment, and oil counters are crashing.

It is a global phenomenon. Oil-rich Abu Dhabi and gas-rich Qatar are both targeting blue hydrogen as an export fuel, and Australia is tapping its huge solar resources to produce green hydrogen for export, from seawater. Right on their doorstep, South Korea and Japan are big customers.

After the bleak, black years of Trumpism, it’s also a chance for the US to shine on the global stage, and win back some of the international respect that was lost. Follow the money: green is the new black, and Biden is the new champion of #BuildBackBetter.

Despite appearances to the contrary, Futureworld cannot and does not predict the future. The Mindbullets scenarios are fictitious and designed purely to explore possible futures, challenge and stimulate strategic thinking.

For decades the US has not done its fair share to rein in emissions, says the Union of Concerned Scientists
World
1 year ago
Next Article