Bezos’s space company Blue Origin has auctioned off a seat aboard its New Shepard rocket and an as-yet-unidentified winner paid $28m, plus commission, for the ride 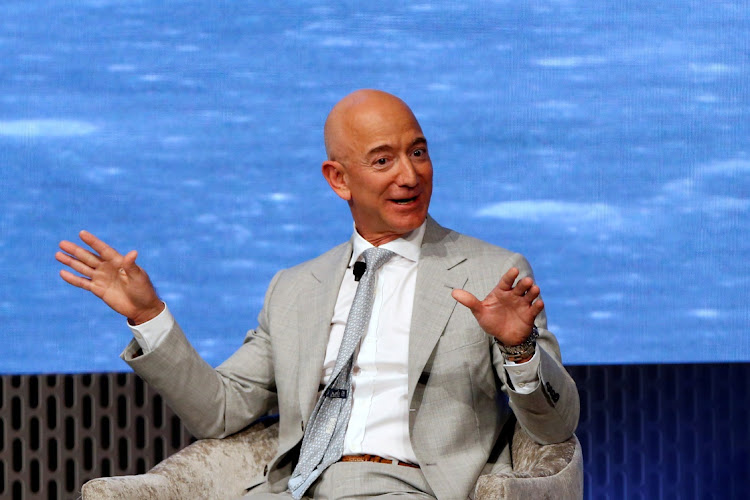 As lockdowns end, people are spending less on stuff and more on having a good time. A fortnight at the beach will suffice for most, but the ultrawealthy face the pressure to be more imaginative and to get more bang for their bucks. A space flight ticks many of the right boxes.

At the weekend Jeff Bezos’s space company Blue Origin auctioned off a seat aboard its New Shepard rocket: the as-yet-unidentified winner paid $28m , plus commission, to soar above the Karman line in July, together with Bezos and his brother.

That may sound like a lot, but the bidder may see it as a bargain once you consider the face-time with Bezos and all the publicity it guarantees. The Amazon.com Inc. founder has spent far more — around $1bn yearly — to realise his lifelong dream of space travel. Effectively, he's letting a paying customer piggyback on that investment for a fraction of the price.

To be sure, the flight will last all of 11 minutes, including about three minutes of weightlessness during which passengers can float around the capsule and enjoy the views.

While three businessmen are paying $55m a head to blast off with Elon Musk’s SpaceX next year, their trip includes an eight-day stay at the International Space Station where meals cost $2,000 a day and trash disposal is billed at an eye-watering $20,000 a kilo for private missions.

However, this particular journey comes with a rare perk: Bezos is on board. Including the pre-launch period, the crew will be strapped together in a cabin for at least 40 minutes (and up to 90 minutes if there’s a delay). It may be impolite to pitch Bezos on a business idea just when he’s gazing down on the curvature of the earth for the first time. But nothing helps people bond like a shared adventure.

Recall that Chinese cryptocurrency entrepreneur Justin Sun paid $4.6m for a three-hour steak dinner last year with investor Warren Buffett, an experience that feels tame in comparison. (Buffett had previously referred to bitcoin as “probably rat poison squared” so he may also not have been the ideal target audience for a crypto evangelist.)

If nothing else, the winner will get a huge amount of publicity. Bezos’s space flight will be watched by tens of millions around the globe, some of whom may have little interest in space travel but will just want to make sure he makes it home again okay. When you consider a 30-second Super Bowl advertisement sells for more than $5m, this space joyride starts to sound a lot more reasonable.

In some ways it’s regrettable space travel has evolved from a competition between proud nation states into one in which billionaires battle for supremacy. Exploring the galaxy is one thing but there are still many pressing social issues yet to be resolved on earth.

Happily the money raised is being donated to a foundation, Club for the Future, which aims to inspire kids to pursue careers involving science, technology, engineering and mathematics. Even this arts graduate will admit that’s an admirable cause.

The frantic bidding to join Bezos on his space jolly also suggests there’s a big market for the space tourism services that he and his fellow tycoons aim to provide. Maybe space flight really could become the next must-have experience.

Bidding for a seat to accompany Amazon CEO on an 11-minute trip to suborbital space has reached $3.5m
Life
1 year ago

The Blue Origin spacecraft, which is set to carry Bezos and others, has undergone 15 test flights, none of which had any passengers onboard.
World
1 year ago