Base who you vote for on considerations like cleanliness, water, lighting, sewage and dignity, not on history 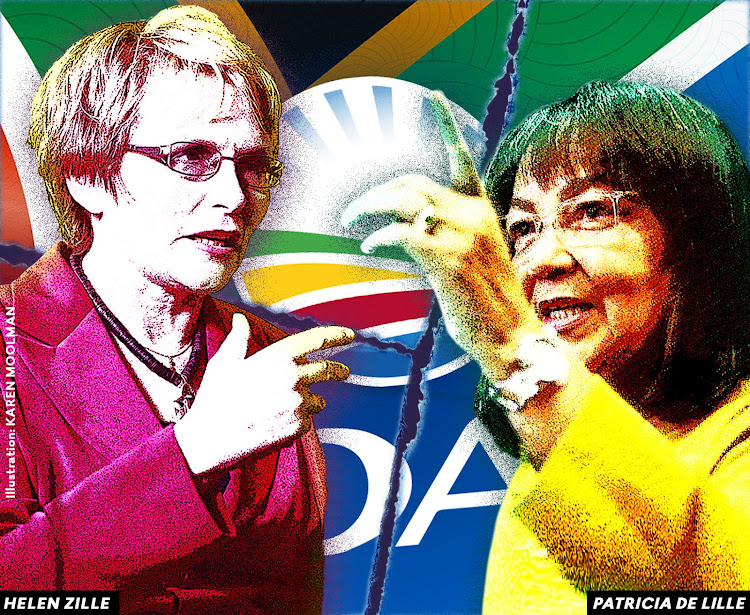 While the DA understandably feels immense pressure to explain the exodus of most of its prominent leaders of colour, Helen Zille should know better than to take cheap shots at me.

Challenged on JJ Tabane’s show, Truth to Power, last week to rationalise what has been a steady stream of departures from the DA, going all the way back to rising star Lindiwe Mazibuko, in 2014, Zille sought to spin her way through by rehashing old lies her party told about me to cover up the real reasons for my walking away late in 2018.

The truth, Zille knows — because she admitted as much to me — is that the facts state otherwise. I left the DA on my own terms.

The facts show that the DA, then led by Mmusi Maimane, soon to be forced to the exit door himself, was so desperate to be seen to be in control of my exiting that it manufactured lies and abused its own so-called organisational processes.

The facts are that I had to seek protection from the high court four times to defend my reputation from false allegations, and that the DA just last month paid more than R1m in court-awarded costs to pay my lawyers.

And no matter how hard Zille tries to spin it to readers, the series of DA by-election losses over the past year, including one in its heartland, indicate that voters of colour have also begun walking away from the party.

I tried working with the DA to build a credible, nonracial and progressive alternative to ANC hegemony. I got a string of clean audits, but when I began executing a transformational agenda in the City of Cape Town, I found myself blocked by the conservative majority in the caucus.

I found myself blocked by people without any interest in narrowing the gaps between Bishopscourt and Bishop Lavis or, for that matter, between Sandton and Soweto.

I learnt the hard way that the DA expects people of colour to be seen but not heard. When I insisted on being heard, they invented all kinds of lies to cover up the true circumstances of the fallout.

Since my resignation, most of the party’s leaders of colour also walked out. The reasons many cited were familiar to me because they mirrored my own experiences.

While the ANC has its hands full battling to shore up its integrity, the DA is in complete denial.

The gist of the denial is an inability to see beyond an SA political landscape doomed to being led by either the ANC or the DA. The DA is so invested in opposing the ANC — and trying to put its fragmented Humpty Dumpty party together again — that it has become blind to the dangers and injustice of failing to create a society based on equality, fairness and dignity for all.

Twenty-seven years after our first democratic election, we remain stuck in the immediate end-of-apartheid paradigm of supporting either a leading light of the liberation movement, despite all its disappointments in power, or a party largely supported by minorities that are widely believed to represent the maintenance of historic hierarchical privilege.

The truth is that the old parties are good for each other — but bad for the country.

The ANC is a blessing for the DA; opposing it is almost the sole rationale for the DA’s existence. The DA is a godsend for the ANC, too, because a party representing privilege in SA, a country with a large unprivileged majority, only has so much room for growth.

The two parties’ relationship to each other creates the necessary space for weak government and under-delivery to flourish. Instead of being held accountable by the electorate for what they do or don’t do, the official opposition has reduced the critical business of providing opposition to sound bytes and theatre —while voters are expected to continue making choices based on racial prejudices or historic allegiances.

In this scenario, the DA, where it governs, doesn’t have to bother about improving conditions in poorer constituencies that return it to power. It must only convince these voters that it stands between them and getting swamped by the black majority.

Improving our country’s situation requires proper accountability at all levels of society, including government.

It requires a fast and professional criminal justice system to take responsibility for legal accountability. But it also requires political opposition that offers more than simply railing against everything the government does, and it needs an alert and engaged citizenry.

Archbishop Desmond Tutu was fond of quoting the old expression (the origin of which is contested): in a democracy people get the government they deserve.

In the context of SA today, battered by Covid-19 while on the road to local government elections in October, what the expression is telling us is: take a look around you, at your neighbourhood and others in your town. Look at things like cleanliness, water, lighting, sewage and dignity. Base who you vote for on these considerations, not on history.

There’s no point in voting for public representatives on a Monday, only to have to organise service-delivery protests on Tuesday. Rather vote for someone else.

Zille disagrees with this view. In her recent piece in Business Day she effectively argued that if you don’t vote for her party —whether or not it collects the garbage in your street — you are actually voting for the enemy.

She is wrong. The DA has been so busy fighting to keep the privileged happy that it has sacrificed the fight for justice. It has abandoned the noble pursuit of healing the land by affording dignity to those without privilege, who are in the majority.

The first step to fixing SA is to begin to turn our attention to what we can be, rather than what we were or have become.

The extreme levels of poverty, indignity and desperation are ticking time bombs demanding the urgent attention of the whole of society, including its public and private sectors.

They are crying out for constructiveness, creativity and collectivism, but first we need to free ourselves of the shackles of the past.

• De Lille is the leader of GOOD party

Electoral reform can have unintended consequences, such as xenophobic and extreme parties winning power
Opinion
1 month ago

TOM EATON: White Gevaar in the DA cannot be fought off with just R3,000 a month spending money

Norma goes Marie Antoinette on the poor, but it’s Afrikaans singer Norman who gets the flak
Opinion
2 months ago
Next Article