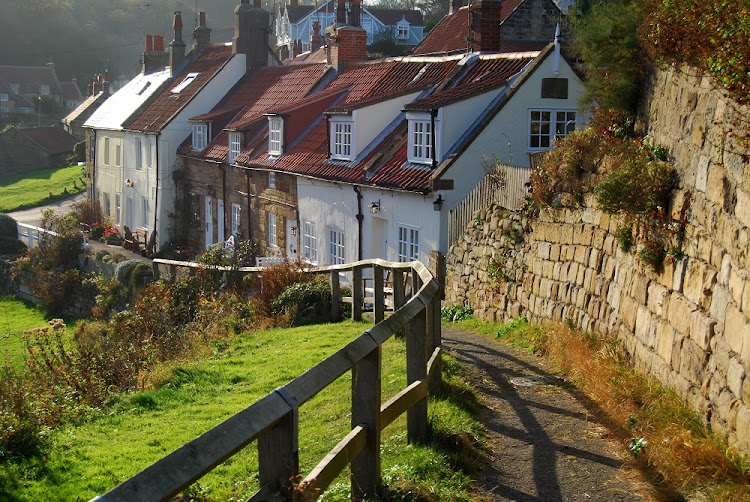 Britain is undergoing a regional renaissance.

People have moved to Dorset from London and are holidaying in Suffolk rather than Spain. Call it the legacy of lockdown: things are finally heating up outside of the capital.

Demand for property in outer regions of the UK has surged, as has interest in domestic tourism. With England’s reopening on June 21 looking uncertain and the prospect of a Mediterranean beach holiday rapidly fading, the country’s long overlooked areas are set to get busier over the next few months. That’s good news for UK-based hotels and restaurants, but it could be bad for consumers trying to secure a holiday cottage, a garden table or even a bottle of wine.

For the clearest view of the rebalancing between London and the rest of the country, look no further than the property market.

According to the Nationwide Building Society’s latest quarterly regional house price statistics, the capital experienced the weakest growth in house prices in the three months to the end of March, compared with the year earlier. The strongest growth was in the north-west.

This reflects the fact that prices in the north have long underperformed those in London and the south-east. But it’s also likely driven by people relocating near areas such as the Lake District and the Peak District. If you’re working from home, why not score a view?

The trend is even more pronounced for properties costing more than £1m. According to Savills and data provider TwentyCi, more families have left London or moved farther into the commuter belt, prioritising bigger homes over a shorter journey to work. This has inflated the number of agreed sales in areas such as Hampshire and Kent. North Yorkshire also experienced an increase, underlining the interest in the north of the country. Transactions have been helped by the tax break on property purchases, which begins to taper off this UK summer.

Some people have also decided to relocate farther afield in anticipation of more permanent home working. Data show a rise in agreed sales in Cornwall and Gloucestershire.

This movement is making areas outside of London more vibrant. Before the outbreak of Covid-19, foot traffic in coastal towns lagged the national average. This has reversed since the start of the pandemic, with historic and market towns also outperforming in May 2021 compared with 2019.

But the rush of demand outside of the capital is causing some problems too — not least because smaller towns are having to accommodate holidaymakers as well as new homeowners.

Many bars, restaurants and hotels are struggling with staffing shortages. For national chains, their most experienced employees tend to be in busy city-centre venues in London, Birmingham and Manchester. But it’s outposts in the suburbs, and in popular staycation spots such as Dorset and Cornwall, that need the extra help.

In the short term, business outside of London will pick up further if existing WFH guidance and curbs on international travel remain in place. This will mean heightened demand for accommodation, drinking and dining in popular British vacation spots. Already, prices for holiday cottages are rising. If staff shortages force up hospitality wages, that could lead to higher prices in restaurants too. But the timing may be helpful, as consumers are flush with pent-up savings and more likely to swallow additional costs.

Perhaps in anticipation of a crowded seaside, families are also decking out their own back gardens. UK retailers report scrambling for enough supply of children’s slides, sandpits and paddling pools.

Eventually, there will be some realignment back towards London and international destinations. If the future of work isn’t as hybrid as many hope, that could mean pain for those who moved out of the city, as well as for businesses that shifted to cater to them. Savills recently noted a tentative pick-up in prime London property prices, amid expectations of a large-scale return to offices in the UK’s autumn.

And there’s still lots of interest in taking vacations abroad — just look at the spike in bookings when the UK (briefly) granted Portugal quarantine-free travel status in early May. When borders do reopen, holidays to the Mediterranean will probably soar.

So the current obsession with England’s other regions won’t last forever. But for this summer at least, it’s time to grab your bucket and spade, if you can find one.

• Bloomberg Opinion. More stories like this are available on bloomberg.com/opinion

Britain’s economy is opening quicker than much of continental Europe, offering investors an idea of how the recovery trade will play out
World
1 month ago