SA needs to refine its strategy, placing opportunity ahead of narrow ideological pursuits 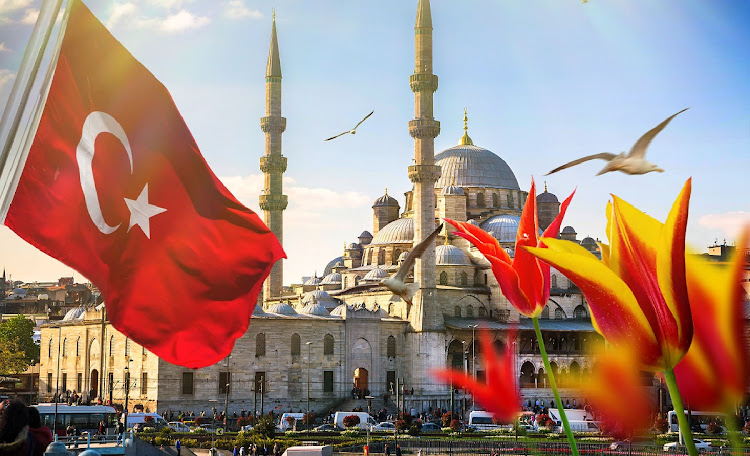 Though Turkey does not figure in the first circle of SA’s foreign policy, bilateral relations are nevertheless pragmatic, but lack a discernible strategic rationale. That depiction is restricted mainly to “ideological” or “struggle” partners and “permanent friends” such as China, Russia, Cuba, Palestine and most African countries.

Apart from relations with China, Russia and some Southern African states, these bilateral relations mostly do not add to SA’s national interests, particularly with regard to enhancing the country’s declining economy, political influence and prestige as an international role player.

The message is clear:  SA’s diplomacy should make way for a more nimble approach to take advantage of opportunities and challenges in pursuit of rewarding permanent interests rather than dysfunctional ideological pursuits.

Given its exceptional geopolitical importance in regional politics, its rich historical identity and  its recent pivot to Africa, Turkey is an obvious candidate for more serious attention. Apart from the example it sets in strategic thinking and policy innovation, it offers SA an open door towards a more rewarding bilateral relationship. Unfortunately, SA has thus far lacked the diplomatic wherewithal to foster this outcome.

Turkey has made notable efforts to improve its relations with Africa. The continent has been one of the most strategic locations in the new Turkish foreign policy after the governing Justice and Development Party (AK Party) came to power in November 2002. Turkey officially adopted a Western, secular identity after the establishment of statehood in 1923, and a foreign policy in compliance with the new identity. Successive secular governments strictly rejected the historical legacy of the Ottoman Empire, which lived on for centuries and had deep political, economic and social relations with different regions and continents.

For instance, the Ottomans provided economic and military assistance to the local sultanates in east and north Africa to stop the colonial activities of Portugal and Spain, respectively, in the 16th century. It dispatched a military observer to SA in 1900 during the Anglo-Boer War, and also sent a distinguished Muslim scholar, Abu Bakr Effendi, to Cape Town in 1862 at the request of local Muslims.

According to the AK Party elite, Turkey not only a has Western identity but African, Asian and Islamic identities too. As a result of its engagement in Africa, Turkey became a non-permanent member of the UN Security Council in 2009-2010 by gaining the support of most African countries. There is no doubt this backing was bolstered by it not having a colonial history and helped Turkey deepen and widen its relations with African countries.

Traditional Turkish foreign policy was to maintain the highest relations with the West. However, its disappointment at the failure to attain EU membership, coupled with its strained relations with the US during the Cyprus crises of the 1960s and in 1974, and the emergence of Russia as a dominant regional role player, triggered a redefinition of priorities. What came about was a foreign policy concept based on cultivating  new allies and developing strategic relations with Western and non-Western actors alike; something SA should take note of.

From the perspective of the AK Party, Africa is a strategically important place in world politics and a dynamic continent because of its growing population and economic potential. Consequently, Turkey declared 2005 as a year of Africa, becoming an observing member of the AU in 2005 and strategic partner in 2008. In addition, Turkey hosted the first Turkey-Africa summit in 2008 in Istanbul, and attended the second such summit in Equatorial Guinea in 2014.

Turkey’s diplomatic and economic representation in Africa has grown from 12 embassies in 2009 to 42 now. Only 10 African countries had embassies in Ankara in 2008, and this has increased to 38. Total trade with Africa grew to $25bn last year from $5.4bn in 2002, while that with Sub-Saharan Africa has risen to $10bn from $1.35bn in 2002. The Foreign Economic Relations Board of Turkey, or DEİK, has established more than 40 business councils in African countries, which play a significant role in developing economic relations.

Turkey has also created an array of new foreign policy instruments to revitalise its relations with Africa. The government engages non-governmental organisations such as the Turkish Co-operation & Co-ordination Agency, the Turkey Maarif Foundation, the Yunus Emre Institute, the Diyanet Foundation, the Anadolu Agency and various public institutions. Turkish Airlines operated in more than 40 countries on the continent and flew to more than 60 destinations before the emergence of Covid-19.

However, Turkey also faces challenges in Africa. The Al-Shabaab terrorist organisation in Somalia carries out attacks against Turkish objectives in the country. In Libya, the Haftar Armed Forces have attacked Turkish targets. Saudi Arabia, the UAE and France see Turkey as an emerging threat to their interests in Africa. The Fethullah Terrorist Organization is another threat, lobbying against Turkey across the continent.

As Turkey’s largest economic partner in Sub-Saharan Africa, SA is an important factor in its Africa vision. Total trade relations with SA stood at $1.5bn in 2020. Almost 70 Turkish companies operate in SA and bilateral relations have deepened in recent years. In 2018, President Recep Tayyip Erdogan officially opened the new Turkish embassy in Pretoria. The Yunus Emre Institute organises Turkish language courses and cultural programmes to promote Turkish culture. In 2020 Turkey appointed a consul in Cape Town, the first since the Ottoman consul served in the city in 1852.

SA has important economic potential and offers a unique geographical position for Turkey, which regards it as a gateway for access to Sub-Saharan Africa. Likewise, Turkey is well-placed to play a strategic role for SA as the gateway to the Balkans, the Near East and Asia. A strategic partnership with Turkey could become part of new realistic and rewarding foreign policy paradigm.

• Olivier, a former SA ambassador in Russia and Kazakhstan, is an emeritus professor at the University of Pretoria. Sıradağ is assistant professor at Fatih Sultan Mehmet Foundation University, Istanbul.

The government would enhance its image as a financially prudent entity that does not run the risk of defaulting on its debt or engaging in extensive  ...
Opinion
1 year ago

Over the past decade, Brazil, SA and Turkey, along with more than half a dozen other nations, have become ‘fallen angels’
World
1 year ago
Next Article