Ruinous deflation is still the bigger threat to EU stability 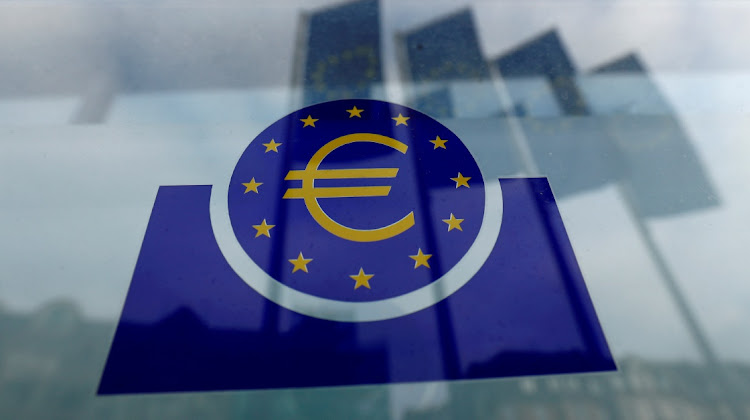 The European Central Bank logo is displayed on a building in Frankfurt, Germany, in this January 23 2020 file photo. Picture: REUTERS/RALPH ORLOWSKI

Break out the ticker tape — it’s happened at last. It took an unprecedented pandemic stimulus package to do it, but euro-area inflation has reached the European Central Bank’s (ECB) eternally out of reach 2% target. What should the ECB do next? Precisely nothing.

The recovery from the pandemic has triggered surging inflation across the world but it’s partly a blessed relief for the EU, which has spent most of the past decade flirting dangerously with deflation. A brief period above its target is the least of Europe’s troubles, seeing as the annual rate was negative at the start of 2021. There was little reaction from policymakers then and the same approach is appropriate now.

Core inflation is still below 1%. The US Federal Reserve has a far more pressing problem with US CPI at 4.2% in May. The ECB can afford to cool its heels for the northern hemisphere summer at least.

Two-year government bond yields across Europe are still heavily negative with even Greek and Italian debt offering a less than -0.3% return. Similarly the five-year forward inflation swap has steadied at just above 1.5% — still far below the official target well into the future. The ECB forecasts a dip back to 1.2% for CPI in 2022 after 1.5% in 2021, although this may be revised upward at this week’s ECB meeting. Ruinous deflation is still the bigger threat to EU stability.

Nonetheless, it always pays to look out for trouble. August’s Fed-hosted Jackson Hole symposium will be a chance for the world’s central bankers to confer on whether the Fed’s shiny new Flexible Average Inflation Targeting policy — where a period of inflation below 2% would be followed by a period moderately above that figure — has become an irrelevance before it has even got going. The rationale behind this policy was to instill confidence that central bank stimulus wouldn’t disappear even if economies ran slightly hot (with the emphasis on slightly).

Unfortunately, the ferocity of the US recovery, fuelled by monster monetary and fiscal stimulus, makes it hard to model with any degree of confidence. Plus the Fed has been deliberately vague on what flexible targeting really means. What level of inflation would be deemed too high and over what period would the Fed be prepared to tolerate above-target price gains? It looked great on paper when inflation was well below target but with inflation running at more than twice the target figure, it is wilting.

The ECB, meanwhile, can content itself with its own review of its “below, but close to 2%” target. No doubt the earth-shattering conclusion will be to make it a simple “close to 2%” aim. The euro area has bigger problems: namely how to claw back growth. Despite OECD growth forecasts of a more than 4% expansion this year and next for the EU, the bloc is unlikely to get back to pre-pandemic levels until late 2022, a year after the US. Much of Europe probably won’t recover fully for up to three years.

The ECB’s June 10 governing council meeting will include a quarterly review on its economic forecasts, including its perception of financing conditions. From that will follow an assessment of whether it should alter its pace of bond buying. Little change from the current €80bn per month is expected.

The real reason that hawkish noises have subsided is the strength of the euro, which is close to its highest point against the dollar in three years. For an export-led economy this will act as a brake on activity and could threaten to derail any recovery.

The last thing the ECB needs is to trim the sails before the EU’s fiscal cavalry turns up later this year with the €750bn pandemic recovery fund. The smart thing for Frankfurt’s monetary policy makers is to head for the sun loungers and not meddle with the course they’ve set.