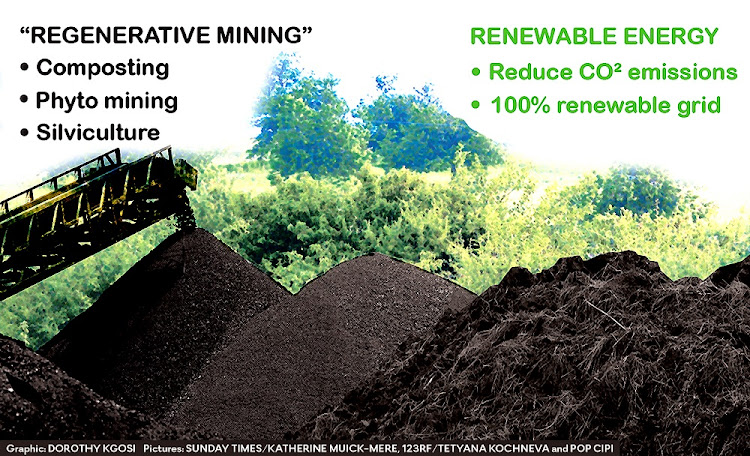 Thungela is the Zulu word for ignite, and the listing of Thungela Resources has already ignited controversy.

Just one day before listing, the little-known research firm (and likely short-seller of Thungela stock) The Boatman Capital Research, said that Thungela’s end-of-life environmental costs are nearly three times its provisions of R6.45bn. Their valuation model returns deeply negative numbers, and accordingly they value the company at zero, while accusing Anglo American of “greenwashing” its hands of its environmental liabilities.

Of course, depending on what side of the environmental fence you are sitting, you will either cheer or dispute this analysis.

Renewable energy enthusiasts point to the evils of fossil-fuelled power, while punting a 100% renewable grid with battery storage. And they are right, except that there is not enough aluminium, cobalt, copper, nickel, rare-earth metals and silver and so on to build 100% renewable grids all over the world, especially as all vehicles switch over to electrical power.

Coal enthusiasts point to coal’s baseload reliability and grid-stability advantages, and they are right too... for now.

Having been in the coal industry since cofounding the global coal market in London in the late 1990s, and now also living sustainably off-grid and helping to make compost and super soils, I think it’s time for a little balance, before we all drive each other insane.

My favourite environmental quote comes from American poet, environmental activist and farmer, Wendell Berry: “We have lived our lives by the assumption that what was good for us would be good for the world. We have been wrong. We must change our lives so that it will be possible to live by the contrary assumption, that what is good for the world will be good for us. And that requires that we make the effort to know the world and learn what is good for it.”

Judging by climate campaigners and the renewable energy lobby, the decision has already been made about what is good for the world, that is, reduce CO² emissions at all costs, as this is surely the breath of Satan himself and is warming our planet.

Nature however might say otherwise, pointing out the folly of reducing her beautiful complexity to just one thing. She might say that preserving a healthy soil-food-web and clean water are just as important, and please also save the rest of the plant and animal species that have not been destroyed yet. After all, if we manage to hang onto our plant life in the next 100 years, we will still have air to breathe, as plants give us oxygen while consuming our CO².

In 2015 the UN Food & Agriculture Organization calculated that we only have 60 harvests left (54 now), based on the rate of fertile soil destruction that commercial agriculture is responsible for. Farmers mine healthy soil and as that is depleted, they must spike their plants ever more with chemical fertilisers.

However, those in the regenerative agriculture movement are seeking to remedy the problem by regenerating soil as they farm. In “knowing the world and what is good for it” they are also producing healthier, more nutrient-dense food for us. One of those win-win things, where nature gets to win too, instead of being raped by investors to carve up their dividends.

What does this have to do with coal mining? Can nature win when we start to close coal mines? Can surrounding communities, suffering from huge unemployment, illnesses and facing ghost towns, win? I say a firm “yes” and in that regard I see miners such as Thungela helping to ignite new green regenerative, nature-friendly revenue streams for its local communities and itself.

For every environmental problem, I see a circular economy solution, that not only creates jobs as part of the Just Transition, but also regenerates the local environment in the process. Not the box-ticking, minimum standard environmental rehabilitation that government regulations call for.

No, I recommend going way beyond that and spending less money in the process by working with nature. “Regenerative mining” cannot regenerate mined-out coal reserves, but it can work to create healthy soil, water, and air. Coal miners are the stewards of a lot of land and water, which can be turned from a major liability to a major asset.

But let us first make the effort to know what is good for nature on each mine, and find symbiotic, circular economy solutions that create jobs and improve the health and livelihoods of local communities.

In my experience, when one starts working with nature, instead of trying to control her, and patiently allows for her to do her work, the level of cost and effort involved are dramatically reduced. There are of course several things that we can start doing to help her along. Composting, phyto mining and silviculture are all on the top of my list.

Planting forests not only draws down CO², but filters the local air as well, a crucial necessity around Witbank. Trees also suck up acidic mine water and transpire freshwater vapour to fall as rain. A network of forests from the lowveld to the highveld could even act as a water pump from the oceans to bring more rain for Mpumalanga farmers. Certain types of trees and fibre crops such as hemp and bamboo can work exceptionally well in this regard.

Composting acidic soils with biochar from cleaning up coal slimes and fines, as well as alkaline fly-ash from Eskom waste dumps can help kick-start the process. Neighbouring farmers are ready off-takers, and a tonne of decent compost can sell for more than a tonne of coal.

Ironically, Anglo American has already done great work in investigating some of these solutions. It has also investigated the role of mycelium (“FunCoal”) in cleaning up degraded coal land. One hopes that Thungela will inherit this research and start to build green businesses on it.

Going further, when circular economy links are brought into play, we see that mycelium helps break down lignin, making pure cellulose more readily accessible. Once more nature shows us the way to cheaper and more effective solutions. Someone should inform the paper industry they no longer need the Kraft process.

Carbon is also likely to play a large role in the hydrogen economy, not only as a grey hydrogen solution, but carbon allotropes such as activated carbon, graphene and so on are starting to prove their worth as hydrogen storage mechanisms, and even for use in direct carbon fuel cells, using captured CO² from power plants.

Of course, the big energy projects are what everyone is interested in. Even here, disused coal mineshafts can be used for pumped storage power generation, namely, drop water down the shaft during peak load evening hours, and pump it back up using solar power during the day.

I therefore see coal mines as a crucial part of the solution to a cleaner future. Create on-mine community centres of artisanal excellence, alongside new green-revenue generating businesses, that help to regenerate soil, water, and air at the same time. Eventually, grow food too. Did I mention that blueberries love acidic soil? I could go on!

Thuma mina! I will help at my own risk, asking only a small share of profit for every new green sustainable community business that we create. How about it, Gary (Glencore), July (Thungela), Mike (Seriti) and Mxolisi (Exxaro)?

An order by a Dutch court that Shell must deepen its planned emission reductions has raised fear in the industry of similar legal action against ...
Opinion
2 weeks ago
Next Article