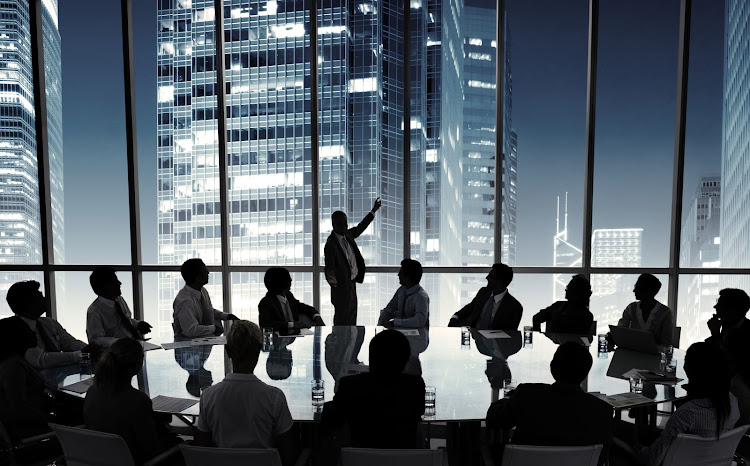 As the Covid-19 vaccine rollout begins to gather momentum and SA enters the third wave of infections, it is timely to consider how board and board committee meetings are likely to be conducted in future.

Will — or should — boards continue to meet virtually, as they have been driven to do by the pandemic, or revert to the traditional, in-person meetings they had become accustomed to over the years?

To get a feeling for what directors are thinking we received input from 63 seasoned directors. A majority of the respondents, 76%, felt a hybrid model (some meetings in-person and some meetings virtual) was the way to go. Only 8% wanted to continue with virtual meetings indefinitely, while just on double (16%) were in favour of getting back to traditional, in-person board meetings when safe to do so.

The second, qualitative part of our survey asked respondents to identify the advantages of each mode of meeting. These comments offer the detail that will help boards craft a solution that best meets their needs. It needs to be borne in mind that boards meet infrequently and their performance is dependent on the quality of each meeting, so any input on how to make meetings more productive and effective is of immense value.

When it comes to hosting board and committee meetings virtually, a number of comments centred on time management, because there was no need to travel. Meetings are less likely to be cancelled, respondents said, and more meetings could be accommodated in a day. Attendance at meetings was higher as a result.

Virtual board meetings mean directors in distant locations can attend more easily. One might also add that virtual meetings make it more practical to spread board membership beyond the metropolitan centres, and even into foreign countries, which some organisations might see as valuable.

Virtual meetings can be convened more quickly, something that is particularly valuable when an emergency occurs. For the companies, virtual board meetings are more cost-effective, as refreshments do not have to be provided or travel and accommodation costs met. Another important plus is that the propensity for side conversations and red herrings is much reduced. Several people mentioned that there was closer adherence to agendas.

Keeping more strictly to the agenda speaks specifically to the important issue of board performance. Other contributing factors to improved performance include more disciplined and orderly meetings in which it is easier to ensure less dominant personalities can have their say. Many felt dominant personalities were easier to manage in the virtual setting and that women and other minorities on the board got a more consistent hearing.

A final point made by one of the respondents was that while virtual meetings have many advantages, it is important to set rules of engagement in advance. One of these, judging from several comments, could be that video should be on at all times so facial expressions can be seen, and also to ensure participants are focusing on the meeting. Rules of engagement could also be set around the use of the chat and hand-raising functionality, as well as dress-code expectations.

The need to manage cybersecurity risk is another issue several respondents highlighted, linked we suppose, to the confidentiality of board discussions and documents.

In general, the input relating to in-person meetings tended to focus on the benefits of being able to read facial expressions and body language, thus being able to gauge reactions more effectively — something that is particularly important when contentious issues are on the table or complicated explanations are being given.

In addition, many noted that in-person interaction built better camaraderie and esprit de corps among board members, and the spontaneous exchange of views that is more possible in the physical realm sparks more creativity. Inducting new board members would also be more difficult without physical meetings.

Overall, one could argue that in-depth discussion is more likely and fruitful when the participants are physically present. Networking before and after the meeting is an obvious advantage. On balance, we would thus agree that a hybrid model that combines in-person and virtual meetings for a board and its committees is the way to go. This can be adjusted in line with the complexity of each agenda and the nature of the business to be conducted.

As one respondent said: “The importance of personal face-to-face interaction cannot be overstated.”

• Natesan and Du Plessis are respectively CEO and facilitator of the Institute of Directors of SA.

Slow down to keep up with digital transformation

Companies worldwide are adapting their ventilation, layout and space requirements as people find they like working from home
World
3 months ago

Why digital adoption in business is key

Why digital adoption in business is key