MIKE SCHUSSLER: Why do Brazil’s chickens cross the ocean? To fly over SA tariffs 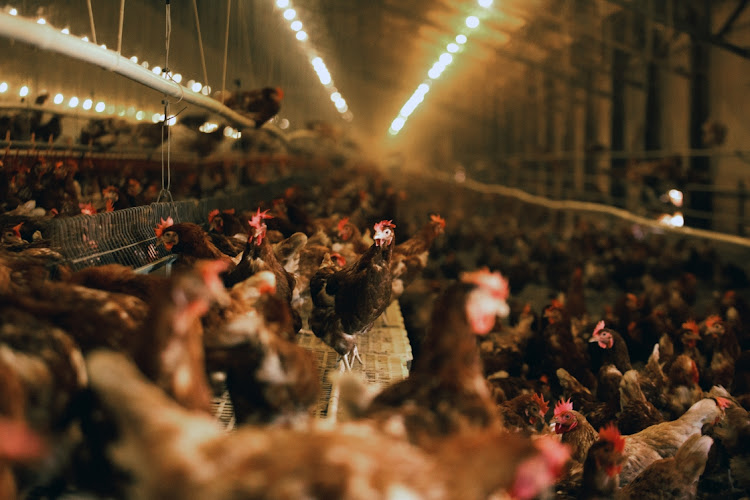 The story of how Brazilian chicken is slowly increasing its footprint in SA, to the detriment of the domestic poultry industry, is compelling and worth a closer look.

When one dives deep into the UN trade database Comtrade,  fascinating patterns start to form, patterns that one suspects may be of interest to SA customs officials.

Brazil is the world’s second-largest chicken exporter, so poultry exports are a big and important business for the country. And while Brazil does not have the level of government subsidies the EU has, its government does more than just marketing.

The UN Comtrade database provides a standard with which one can trace exports from one country until they become imports into another, using a six-digit harmonised code system. Most countries follow this system and report export prices as free on-board and import prices on a cost insurance and freight basis.

The difference between a product’s export price and the import price of the same product should therefore only be the shipping costs and insurance of the product being transported. Sometimes the freight costs can include the offloading at the port too.

The advantage of the UN Comtrade data is that one should be able to get not just an export price but also what goods cost to transport and insure. One can also compare the price one country pays with that paid by another.

In a previous article I looked at how chicken exports from the EU somehow became cheaper on arrival in SA than they were on departure. This happens to Brazilian chicken too, but there are other interesting aspects to Brazilian exports to this country (“Let’s call the miraculous price-shedding travelling chicken what it is: dumping”, March 18. See also “Schussler is not an independent commentator on SA poultry industry”, March 23).

If we follow the prices and flows of Brazilian chicken from Brazil at the four-digit level and then compare the numbers reported by importing countries, we will notice that SA is either getting the deal of a lifetime or is being sold a lie.

At the more detailed six-digit code level some things are perhaps better explained, as we can then follow the two biggest chicken subcategories of Brazilian exports — frozen whole birds and frozen chicken pieces. Almost all chicken exports are frozen, and the six-digit codes allow us to compare the export and import volumes and prices of these two main categories via the same Comtrade data.

In the two years to April 2020 whole frozen birds for export to SA cost R16.30/kg as they were loaded in Brazil, compared to the world average for Brazilian frozen whole bird of R20.10/kg. Over the same two-year period the Brazilian farm gate price for whole chicken was R16/kg. So Brazilian chicken producers made next to no profit on frozen whole chicken exports to SA.

This doesn’t even take into account the additional land transport cost, which is not a readily available figure, but suffice to say that at R20.10/kg the average export price for Brazil to the world makes commercial sense. How lucky of SA to get such impressive discounts, though one cannot help wondering how Brazilian farmers feel about selling at no profit.

Another fact the data shows is that while less than 400,000kg of whole frozen bird was loaded in Brazil, about 13.9-million kilograms — nearly 35 times the volume that left Brazil — arrived in SA. I venture to suggest this can only be explained if one looks at the next category of Brazilian chicken exports: frozen chicken pieces.

When examining the volumes, it emerges that 24-million kilograms of chicken pieces are loaded in Brazil, but only 40% of the chicken pieces are recorded as arriving in SA. The difference is of course explained by the huge increase in frozen whole chicken that is recorded as arriving in SA. One has to ask how this happens — are frozen chickens healed by the ocean breeze when in refrigerated containers?

Not only that, but the whole frozen bird loses about 59% of its value per kilogram while crossing and “healing”. Indeed, the whole frozen bird that cost R16.30/kg as it boarded the ship in Brazil only costs R6.69/kg when it lands. And instead of the price rising as usual to include the cost of transporting frozen food over the Atlantic, these frozen healed chickens seem to have shed about R13/kg in total value when they land in Durban.

In summary, SA gets a fantastic deal from Brazil, probably at the expense of our local industry and jobs. We barely pay the farm gate prices for whole Brazilian birds. Whole chickens lose 59% of their value en route, while multiplying 35 times in weight. At the same time, chicken pieces lose 60% of their weight on arrival in SA. And shipping companies apparently subsidise the transport costs to such an extent that whole frozen chicken ends up cheaper here than in Brazil.

If a healing miracle happening at sea sounds unlikely, perhaps the reason is that codes are being changed to evade punishing tariffs. A further mystery is what happens to the 1,5-million tonnes of the total Brazilian exported chicken that does not arrive in SA. Of course, there could be rational answers to these questions, but the explanations are neither simple nor apparent. Does it have something to do with mechanically deboned meat, imported tariff-free in large quantities for use in processed meats?

The differences in the data reported by the two countries at present may tell a story far more interesting than the answer to the question: why did the chicken cross the ocean. And that’s no joke.

Schussler, an independent economist, owns economists.co.za and consults for the poultry, finance and transport industries, among others.

MIKE SCHUSSLER: SA must not chicken out of fighting unfair poultry trade practices

RCL Foods swings into a loss as sugar tax bites

RCL Foods swings into a loss as sugar tax bites