A parliamentary inquiry has failed to determine a clear link between the lobbying efforts of David Cameron, and Greensill Capital’s access to the UK’s pandemic loan schemes 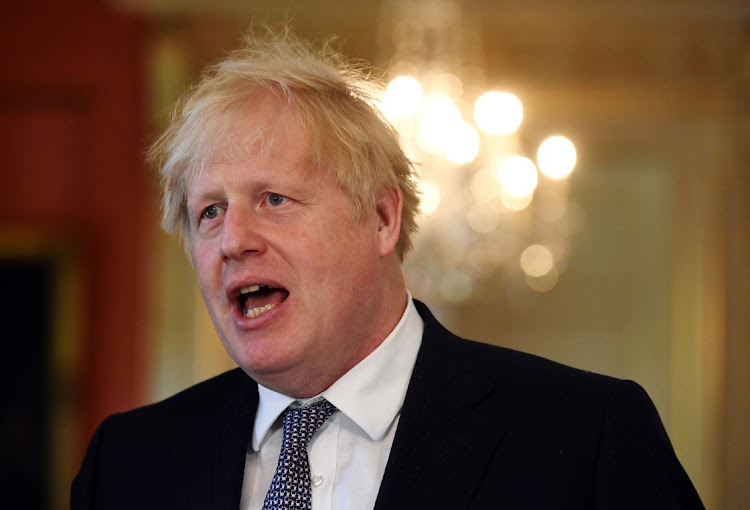 British Prime Minister Boris Johnson might be tempted to breathe more easily. A parliamentary inquiry — which was given reams of correspondence and hours of testimony from witnesses — has failed to determine a clear link between the lobbying efforts of Johnson’s predecessor, David Cameron, and Greensill Capital’s access to the UK’s pandemic loan schemes.

But we still haven’t seen the full picture. The committee of MPs has hardly turned over every stone in its investigation of the now bankrupt supply-chain finance firm and the related allegations of high-level cronyism in the Conservative government. Even without that, there are some troubling supervisory failings to consider.

Senior officials at the Treasury and the Bank of England — guardians of the UK economy and financial stability — did little to prevent Greensill from tapping funds, some of which were funnelled into dicey loans. The supervisors were aware of Greensill’s questionable operations and its links to troubled companies controlled by steel magnate Sanjeev Gupta. And one state-backed loan scheme did turn down Greensill on eligibility grounds.

Nevertheless, the firm was able to use a different government scheme to lend £400m of taxpayer-backed funds to Gupta’s companies that may never be repaid. The department for business and its lending arm, the British Business Bank, were responsible for disbursing these funds to Greensill, so it’s also a mystery why officials from these bodies weren’t called as witnesses by the Treasury Committee as part of the inquiry.

Consider the facts in the run-up to Cameron’s lobbying campaign, which included 56 calls and messages to senior officials at the height of the pandemic in spring 2020. Already in late 2019 the Prudential Regulatory Authority (the BOE’s bank supervisory arm) had imposed lending restrictions on Wyelands Bank, a Gupta-controlled trade-finance specialist that directed a disproportionate chunk of customer deposits to parties related to Gupta. In his evidence to the inquiry, BOE Governor Andrew Bailey said the central bank also notified Britain’s National Crime Agency about Wyelands back in 2019. By February 2020 the case was referred to the Serious Fraud Office.

By early 2020, Gupta’s ties with Greensill were also firmly established, and not just by the media. Moreover, the BOE had been warned by Germany’s financial supervisor that Greensill’s German bank was also heavily exposed to Gupta. All of this happened well before Cameron began his barrage of lobbying.

Given all the red flags, you’d have hoped that that any activity related to Gupta’s companies and their financing would have been reviewed scrupulously by all UK government entities from that point forward.

Bailey told the Treasury Committee that under statute the BOE didn’t have a “gateway” (access to information) for the Department of Business or the British Business Bank — the latter let Greensill access the Coronavirus Large Business Interruption Loan Scheme to finance Gupta’s businesses. Bailey’s excuse isn’t entirely satisfying. His officials may have operated by the book, but what about having a nose for trouble? When you see smoke, you should let the neighbours know there might be a fire.

As for the Treasury, which does have direct access to the Business department, its officials said that by the spring of 2020 they’d only been made aware of Wyelands’s suspect activities and not of any BOE information on Greensill. The lack of sharing of information between the BOE and Treasury raises many questions.

The current business secretary, Kwasi Kwarteng, told MPs that he’d refused a request from Gupta’s GFG in March for a £170m bailout because it would have been “deeply irresponsible” to help the conglomerate. “We can’t simply give taxpayer money to companies that are very opaque,” Kwarteng said. And yet, that is effectively what happened in 2020.

A National Audit Office review into Greensill’s application to the British Business Bank may shed more light on what went wrong. The treasury committee, meanwhile, hasn’t ruled out calling for testimony from the bank or the business department. They should just get on and demand it.

That old Watergate question — who knew what and when? — needs answering when examining the access to government enjoyed by Greensill and Gupta. Some powerful figures in British economic policy and supervision missed or ignored warning signals. It hardly inspires confidence.

Former British prime minister tells parliamentary committee he had ‘a big economic investment’ in Greensill, but it was not his motive to help ...
World
6 months ago