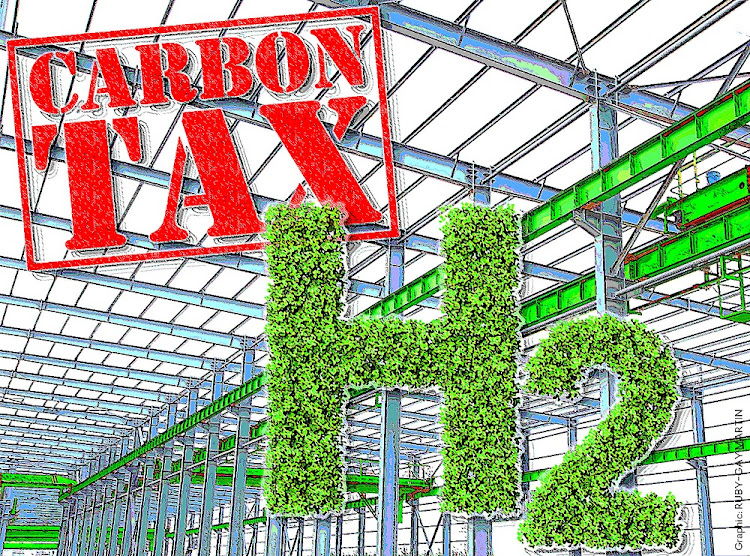 Urgent efforts to address climate change are being scaled up and refined in every corner of the globe. Young people are mobilised and marching for their future in major cities, small towns and villages. Even the most carbon-intensive and polluting industries, including the global steel sector, are starting to move towards short- and medium-term climate targets and raising capital for long-term climate ambitions. A decade ago one would not have thought that such change was possible.

As civil society successfully takes on governments worldwide over their global climate commitments and their role in holding corporates to account, even recalcitrant governments are no longer pandering to major greenhouse gas emitters. Though the government’s climate policy leaves much to be desired, carbon taxes and regulatory and policy changes are showing much promise. Yet steelmaker ArcelorMittal SA (Amsa), our third-biggest greenhouse gas emitter, seems stuck in a bygone era of secrecy, obfuscation and avoidance.

According to a report made by Amsa’s indirect holding company, ArcelorMittal, to the Carbon Disclosure Project (CDP), since carbon taxes took effect in June 2019 Amsa’s carbon tax liability has accumulated to about R200m. Amsa recently paid a R3.64m fine for violations of an atmospheric emission licence issued for its Vanderbijlpark works. In its 2020 annual report it estimated that the possible cost of environmental compliance over the next 12 months could amount to between R50m and R200m."

Despite the environmental- and climate-related financial risks Amsa faces — and that it is falling behind its peers and even the very steel group to which it belongs — at its recent annual general meeting (AGM) the company was unable to present shareholders with any concrete plans to address these risks.

Activist shareholders from the Centre for Environmental Rights and Vaal Environmental Justice Alliance raised dozens of questions on climate-related matters, environmental non-compliance and failures to engage with fence-line communities, yet none was meaningfully answered.

Amsa’s lethargic approach can be contrasted with that of ArcelorMittal, particularly for its European operations. ArcelorMittal has committed to a 30% emission reduction by 2030 in Europe, and to net zero emissions for the group by 2050.

At the end of 2020 ArcelorMittal announced that it had begun producing “green steel”, involving the use of hydrogen and smart carbon technology, also with hydrogen.

ArcelorMittal Europe has sought and obtained significant funding from the European Investment Bank to implement these and other projects. It is running several pilot and demonstration projects across multiple steelmaking sites in France and elsewhere in Europe, using technology that includes carbon capture and storage, hydrogen direct reduction and electrowinning.

Aditya Mittal, president and CFO of ArcelorMittal and CEO of ArcelorMittal Europe, was recently quoted as saying that “the technologies we have identified in our road map to 2050 have the potential to make a big impact. And with our plans for rolling them out across Europe, we are taking important steps forward. But we can’t do it alone. We need the support of the EU and member states to ensure we have well-designed policy, including available finance, access to alternative clean energy sources at competitive prices and public guarantees on initial ramp-up projects. Steel has the potential to be made without carbon emissions. But that will not happen without the right policy. The time is now and we cannot afford to fail.”

ArcelorMittal and ArcelorMittal Europe are not only producing green steel and obtained financing for such developments, but they are supported by EU policy. In March the European Parliament passed a resolution to support the introduction of a carbon border adjustment mechanism to impose a carbon price on imports from “less climate-ambitious countries”.  Considering that the EU is the second-largest export destination for SA crude steel, these policy changes pose a significant risk to Amsa and SA steel exports generally.

Our questions around what steps Amsa will take to mitigate the risks posed to its European exports, and whether it had disclosed such risks to its shareholders, also remained unanswered.

If major emitters were not competing in a fast race to the top regarding environmental, social and climate responsibility, Amsa would be well hidden from view. Given the global context, its lack of vision and action is glaring, and it has nowhere to hide.

Its obfuscation tactics are futile in the face of increasing government regulation, greater shareholder and community oversight and huge shifts in the steel sector, even within the ArcelorMittal group.

If Amsa continues on this path, with environmental liabilities growing and more carbon taxes on the horizon while still reeling from the impacts of Covid-19 closures, one wonders whether Africa’s second-largest steelmaker has what it takes to enter the new era of responsible green steelmaking.

• Govindsamy is head of corporate accountability & transparency at the Centre for Environmental Rights.

Steelmaker is running at full operation and production is in line with domestic consumption, CEO Kobus Verster says
Companies
1 year ago