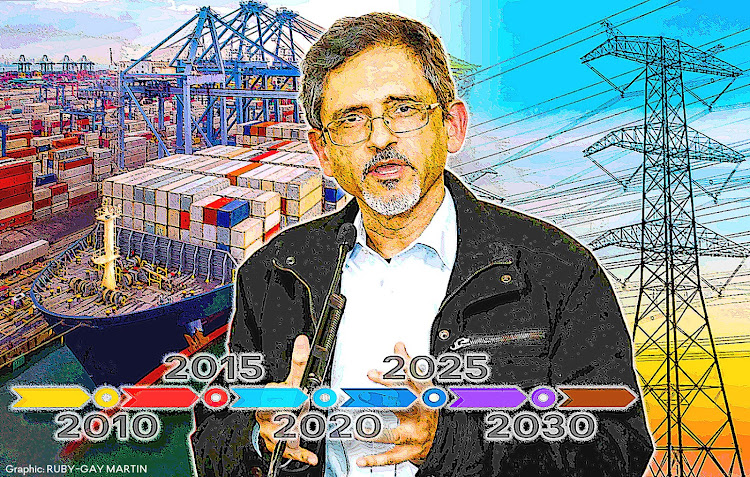 During the recent trade, industry & competition budget vote in parliament the minister, Ebrahim Patel, announced the release of his “A Trade Policy for Industrial Development & Employment Growth” document.

The responses to the questions, provided by Patel at the time, merely amounted to a defence of his department’s failure to revise the fundamentals that underpinned SA’s trade policy and strategy. Furthermore, he chose to draw on a few nebulous excerpts from the National Development Plan (NDP) to cover up the fact that his department had been making trade policy on the fly for the past nine or so years.

The document presented to the public shortly after his budget speech announcement seems to be of the usual, Patel-esque typology — heavy on statist interventions and light on economic reality.

But the government cannot use tariffs as a blunt instrument to build up industrial capacity — this requires a conducive environment for industry to want to invest: a cheap and stable supply of electricity, a reduction in bureaucratic red tape and a government that supports private sector investment in the economy.

This view is supported by Bloomberg Economics, which in late 2020 stated that “The single biggest risk to SA’s economic outlook remains the availability of electricity” and “Without it, the country’s growth potential will remain stuck at around 1%, even if progress is made in other areas.”

While there have been interventions by the department to reduce bureaucratic red tape, such as the BizPortal initiative undertaken by the Companies & Intellectual Property Commission, SA still languishes at position 84 out 190 countries on the World Bank’s Ease of Doing Business rankings, a far cry from 32 as recently as 2009.

Instead, Patel has forged ahead with the USSR’s “tried and trusted” master plan treatment, which aims to tariff industries into profitability and create artificial demand for goods in the economy. Just look at the tariffs applied in the primary steel industry.

The African Continental Free Trade Area (AfCFTA) has been at the forefront of the department’s agenda, and rightly so. However, talk of liberalising tariff regimes and markets is confined to the continent alone. At home, Patel spouts the same protectionist rhetoric one would have expected to hear at a Donald Trump Make America Great Again (Maga) rally circa 2016.

This includes some extremely onerous local content specifications, which designate 13 industries, sectors and subsectors for local production under the Preferential Procurement Policy Framework Act. While noble in intention, this will not work given the prevailing economic context SA finds itself in.

If you don’t believe me, this is what Intellidex’s Peter Attard Montalto had to say to the Financial Mail: “It will take time and investment to achieve the levels of onshore capacity and quality, and the appropriate price points — a timeline that cannot be forced through central dictate,” and “If you don’t have capacity, you’ll produce [goods of] lower quality, or prices will shoot up or, more likely, there will be some combination of the two.” (“Why ‘going local’ isn’t all it’s cracked up to be”, May 27)

Don’t these consequences sound reminiscent of Mao-Zedong’s Great Leap Forward, in which historians estimate that anywhere between 15-million and 55-million Chinese people lost their lives and many more were driven into extreme poverty?

One of the opening statements in this section of the policy is, “In each engagement, SA advocates that our partners increasingly view Africa as an investment destination rather than simply a market for exports”. This smacks of irony, as in and among the free-market/protectionist doublespeak spouted by Patel he reveals his real intention with respect to the AfCFTA. That is, to pursue some warped version of neo-mercantilism, which intends to leverage SA’s advanced industrial capacity to use the rest of Africa as a dumping ground for SA goods and services.

The section goes on to speak to our present and future trade relations with our major trading partners such as the US, EU and China. While I agree that the African Growth & Opportunity Act Agreement (Agoa) between the US and the Southern African Development Community, and the EU economic partnership agreement, have been extremely beneficial to SA, there is little to be said of our trade relations with China.

The DA has consistently put Patel on the spot about negotiating a trade deal with China, since our trade relations are governed by a series of secret memorandums of understanding and the fact that there are no recourse mechanisms in place for trade disputes. Yet he has consistently argued that it would not be in SA’s interest to have a free trade agreement with China as we do not possess the same level of competitiveness or economies of scale.

It is clear that there is no interest shown by Patel in developing comparative advantage or specialisation in key SA industries, nor is there an attempt to formalise trade relations with a key trading partner (which may contain several trade reciprocities).

The sentiments expressed in this article may be dismissed as free-market fundamentalism or even McCarthyism, but that does not detract from the fact that this long-awaited trade policy revision is both underwhelming and inappropriate for the SA context.

The truism does hold that there is no such thing as a laissez-faire market economy since the Great Depression of 1929. However, we should be aiming for less state and more market, and that is something Patel does not seem to understand.

PETER ATTARD MONTALTO: Some oomph is needed to get SA out of its torpor

Thinking through scenarios can drive a new SA social compact