Macy’s says it is seeing sales of men’s tailored clothing recover. Pets adopted in the pandemic are being returned to shelters. And life is coming back to London’s property market 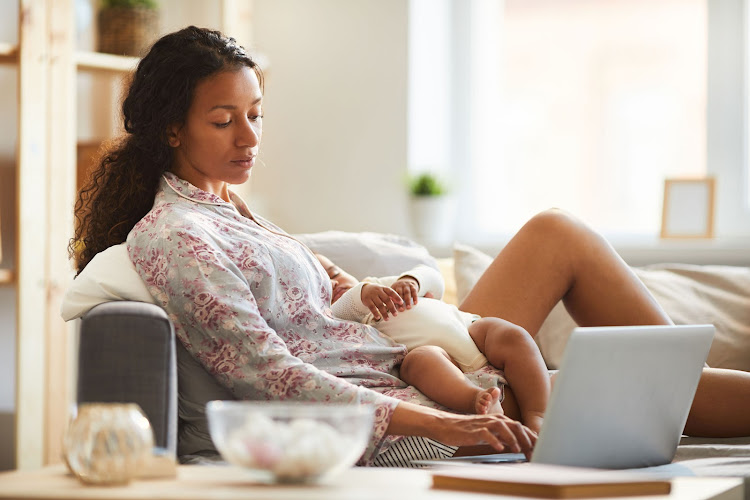 What if we can’t work from home forever?

Over the last year, countless decisions have been made on the assumption that remote working will be dominant even after Covid-19. People moved out of city centres, bought houses with office space, adopted pets, stocked up on Pelotons and replaced fridges. Companies meanwhile adapted their strategies to cater to these home workers — closing stores, ramping up their websites and offering more items such as loungewear.

But as employers call people back to offices, the idea of a wholesale shift to working from home is starting to wane. Companies are going to have to quickly adapt again.

Fortunately, a few are paving the way in capitalising on both urban and suburban growth. Retailers such as sandwich chain Pret a Manger can serve as a model for how to accommodate remote workers while being flexible enough to serve those returning to office life for at least a chunk of the week.

There are already signs that this return is under way. Bloomberg’s Pret Index, which tracks transaction volumes in its cafes across the UK, shows that more than half of workers in London’s financial districts may be back in at least three days a week. Macy’s said it was seeing sales of men’s tailored clothing recover. Pets adopted in the pandemic are being returned to shelters. And life is coming back to London’s property market.

Even amid these signs, however, a large-scale return to the office is likely to still be some months away, depending on vaccinations and variants. And Pret is one of the companies that looks prepared to manage this prolonged twilight zone.

For years the British-based chain pursued a follow-the-skyscrapers strategy, opening eateries close to where people worked. But even before the pandemic it had begun exploring more suburban locations. The cafes it has opened outside central London  — in Clapham, Tooting, Richmond and Kingston — are doing well. Now it’s doubling down, looking to add sites in residential areas surrounding London, Manchester and Birmingham. Although it announced last summer that it would close 30 UK cafes (and 17 in the US), it still has outlets in office-heavy locations, such as the City of London, Canary Wharf and midtown Manhattan.

In the UK, Pret is also trialing shops within Tesco supermarkets. It’s a smart strategy. Greencore Group, which supplies food retailers, said home workers are now popping out for lunch more often. Why not grab a sandwich at your most convenient grocery store? But if these people return to the office en masse, Pret can simply rein in the trial.

Other urban chains should take notice. In the US Starbucks, Shake Shack and Chipotle responded to the pandemic by announcing plans to open outlets outside city centres and expand drive-throughs. But any new locations need to be robust enough to cope with a shift back to offices.

Another pandemic strategy has been offering more services closer to where people live. So far these outposts are doing well, but retailers will have to watch them closely as commuting picks up.

For example, Nordstrom’s seven local outlets in Southern California and New York City — introduced before Covid-19 but since expanded — act as pickup and return points for online orders (handy for preventing porch pirates) and provide services such as alterations, styling and gift wrapping.

In the UK, British supermarket J Sainsbury has opened five large outlets in affluent commuter areas, such as Staplehurst in Kent and Bishops Waltham in Hampshire. At least twice as big as a typical convenience store, these offer home and beauty items and serve as collection points for Sainsbury’s Argos division, bakeries and pizza counters.

What about all those companies that closed physical stores and tried to focus on online ordering? Although digital shopping isn’t going away anytime soon, one reason for its recent surge is that people were home during the week to receive parcels. Once they’re back in offices, next-door brick-and-mortar shops might actually be more convenient than trying to time a delivery.

Take Britain’s John Lewis Partnership. It’s closing six department stores, including locations in the centre of Birmingham, the UK’s second biggest city after London, and in Aberdeen in Scotland. If workers return to Birmingham’s banks and law firms and to Aberdeen’s oil and gas companies, shutting these stores may look premature.

And there’s another dilemma for retailers amid the current uncertainty. They need to be placing orders now for the fall, when more people are expected to return to offices and schools. They’ll have to make some hard decisions about whether to stock up on blazers and rucksacks, or sweatpants and coffee machines.

That’s just one more challenge for consumer goods groups as they navigate the shifting sands of work from home, return to office and everything in between.