Officials are refusing to shed light on plans to tackle inflation 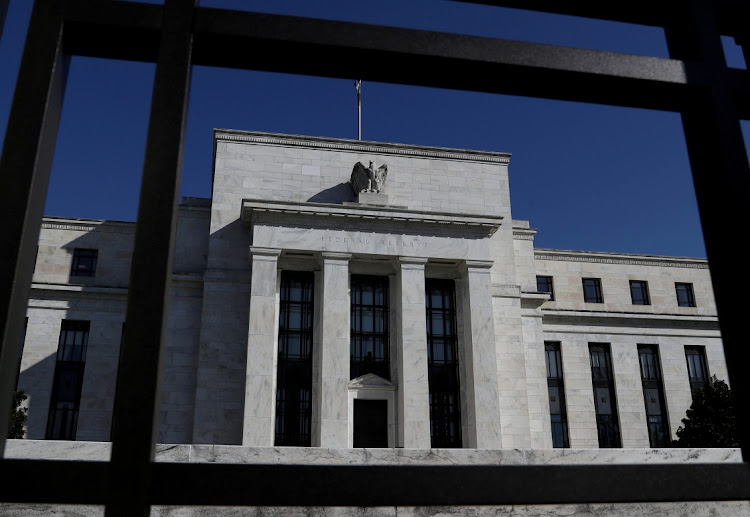 The Federal Reserve Board building is pictured in Washington, US, in this March 19 2019 file photo. Picture: REUTERS/LEAH MILLIS

The US Federal Reserve had little choice in 2020 but to promise pedal-to-the-metal monetary accommodation for the foreseeable future. This unequivocal commitment was the only instrument it had left to provide what was then a necessary stimulus. Now the Fed needs to start walking this promise back.

Today’s monetary policy settings aren’t necessarily wrong. Interest rates close to zero and hefty monthly bond purchases might very well be the correct posture for the Fed right now. Yet new economic data has underlined the risks in the outlook. The Fed needs to show it’s watching these uncertainties with an open mind, rather than telling markets as it has of late: “Nothing to see here, move along.”

So-called core inflation, which excludes some volatile components, spiked 3% year on year in April, higher than expected. Yet in response, Fed officials simply restated the central bank’s earlier position: interest rates will be held at zero until core inflation is averaging 2% and full employment has been restored.

The second data surprise was bigger. Payrolls grew by 266,000 from March. Economists surveyed by Bloomberg had expected a hiring surge of 1-million. On the face of it, slow hiring combined with an employment shortfall of more than 8-million jobs compared with before the pandemic, suggests a slack labour market and faltering recovery, implying that the Fed is right to keep monetary policy as loose as possible.

But other indicators say different. Wages are rising at a healthy clip. Vacancies are high and many employers, according to the Fed’s own survey of business sentiment, are reporting labour shortages and difficulty in hiring. These are signs of a labour market that’s tight, not loose.

As with the inflation numbers, the picture is uncertain — and, as with the inflation numbers, Fed officials are mostly sticking to their line. The minutes of the central bank’s policy meeting at the end of April were almost comical in their refusal to shed further light: “A number of participants suggested that if the economy continued to make rapid progress toward the committee’s goals, it might be appropriate at some point in upcoming meetings to begin discussing a plan for adjusting the pace of asset purchases” [emphases added]. /New York, May 24

If it buys a Tesla today but only half a Tesla tomorrow, its volatility makes it useless
Opinion
5 months ago

Offshore investing: betting on the US

Offshore investing: betting on the US