Amendment of the system offers a chance to improve parliamentary representation 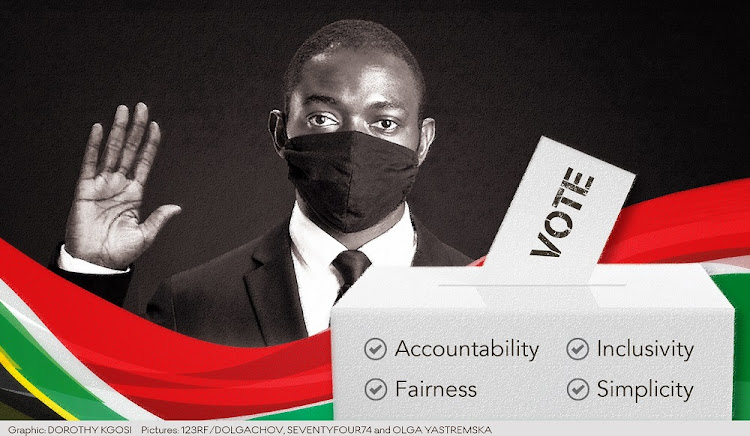 Pursuant to the Constitutional Court judgment in the New Nation Movement case, it is likely that the electoral system will be altered to incorporate some form of constituency representation. While the legislative changes being considered by parliament are aimed at satisfying the ruling of the court, it is also an opportunity to improve parliamentary representation in SA and strengthen the basis of our constitutional democracy.

Fairness is a more complex principle, but it can be simplified as including both representativeness and the expression of every voter’s voice through electoral mechanics. This means the composition of a legislative body should more or less express the will of the people (proportionality), and votes should not be wasted or discarded where possible.

These two goals, at least where it concerns electoral systems, have differing solutions. Proportional representation is undoubtedly the fairest and most inclusive system, but it seems to have caused an accountability deficit and weakened the status of MPs in relation to their party hierarchies. Single-member constituency systems, on the other hand, produce obvious mechanisms of accountability but are “winner-takes-all”, that is many constituents’ votes are effectively not represented.

It has become relatively orthodox to advance a multimember constituency system with a proportional list component as the future of SA’s electoral system. This stretches back to the majority view of the 2002 Electoral Task Team, which recommended a multimember system based on the boundaries of district councils with a compensatory national party list.

Single-member constituencies provide a direct form of accountability: the local representative is the link between constituents and parliament. Constituency representatives are an obvious mechanism for the collation of societal grievances or inputs on proposed legislation or policy.

The introduction of directly elected representatives should also have a positive upside for the behaviour of parliament: MPs will be, at least theoretically, more powerful and will not be vulnerable to arbitrary removal from parliament by party officials. This ought to comparatively empower parliament vis-à-vis parties and the government, and therefore strengthen parliamentary oversight (though this should not be taken as a given).

Examples of directly elected ward councillors voting against party lines in the interests of good governance at municipal level do exist, and this pattern could be replicated at a national level. However, electoral system design will have to decide whether directly elected MPs on a party ballot could be removed by the loss of party membership. In other words, consideration must be given to deleting section 47(3) (c) of the constitution. While giving constituency MPs security of tenure for their electoral term will strengthen their hand, it may also contradict the desires of constituents who voted for representatives because of their party affiliation.

However, there are disadvantages to single-member districts. The most obvious is that they produce unfair outcomes: while the voting system (two-round, transferable votes, and so on) can mediate this effect, generally single-member districts are good for large parties and those with regional support concentration, and bad for smaller parties, especially those with widely dispersed support. Single-member districts with a first-past-the-post voting system have the most disproportional outcomes. In effect this would all but eliminate small parties from parliament and diminish the fairness and inclusivity of the current electoral system.

To compensate for this, and to ensure the constitutionality of the electoral system (which must result in terms of section 46(1)(d) of the constitution “in general in proportionality”), a proportional representation component must be included. The Electoral Task Team majority view argued for a 300-100 split, where 300 constituency seats across 69 constituencies would be supplemented by 100 compensatory proportional seats. Several options prefer constituencies demarcated along municipal lines which, while allowing for the grouping of people with similar general interests into electoral districts, would also create huge imbalances in constituency size and population. It may therefore be necessary for the number of seats in the National Assembly to be increased for the municipal demarcation option to be implemented.

Another issue that must be decided is whether the proportional list should be compensatory or separate from the constituency ballot. Compensatory lists are intended to correct the disproportionality of outcomes from constituency systems, by compensating affected parties with seats based on their vote share in constituency elections. It is a mechanism that does not accommodate independent or individuals contesting constituency elections — their votes would be lost/discarded in a compensatory list. Separate proportional ballots would allow for voters to split their ballot and vote for a specific candidate while still voting for their party preference at a national level.

Both systems have drawbacks, as do all electoral models. Separate ballots would not necessarily guarantee completely fair and proportional seat allocation outcomes, though they would soften the blow for smaller parties. However, a compensatory list removes the option for a split ballot, and therefore greater voter choice. It may also be detrimental to smaller parties, which will have to run candidates in all constituencies if they wish to have a sufficient national vote share to be represented in parliament. A separate ballot is thus a more appropriate choice as it will allow small parties to run national campaigns and give voters more options to express their political preferences.

We urge parliament to design an electoral system not just for the next election or even the one after that. This is a rare opportunity for us to reassess a fundamental mechanism around which any democracy pivots. It is therefore necessary to consider the long-term sustainability and effectiveness of an electoral system. It should be a system that harnesses and deepens the democratic culture in society.

• Naidoo is executive secretary of the Council for the Advancement of the SA Constitution. This is an edited version of the council’s submission to the ministerial advisory committee chaired by Valli Moosa.

Will the ANC manage to reverse the trend of electoral decline which set in from 2009?
Opinion
4 months ago

MAMOKETE LIJANE: Behind the doom and gloom is a country worth fighting for

TOBY SHAPSHAK: Someone tell Stella what it’s all about

MAMOKETE LIJANE: Behind the doom and gloom is a country worth fighting for

TOBY SHAPSHAK: Someone tell Stella what it’s all about