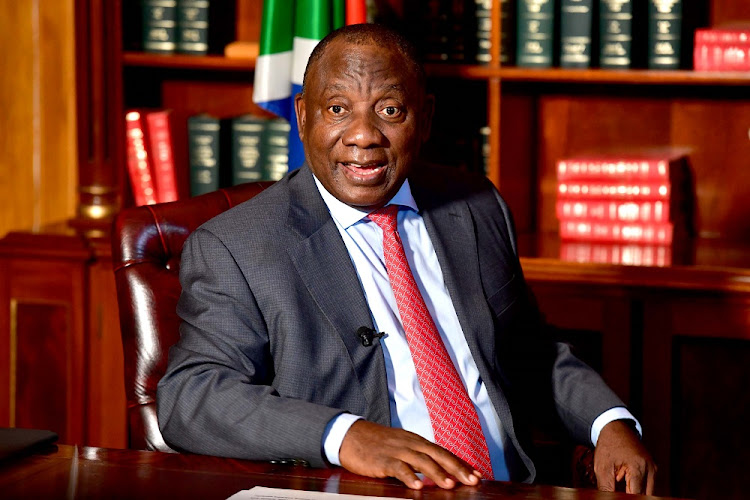 There have been some positive developments of late that should create stability for President Cyril Ramaphosa and his government as they tackle economic and political challenges.

While concern about a government debt crisis in the near term has subsided, several unresolved issues continue. These are keeping the sovereign risk premium on longer-term government debt embedded at elevated levels. Furthermore, the president’s indirect, low-risk approach is bearing fruit, in consolidating his power base and furthering his policy strategy, including tackling corruption.

There have been constructive developments of late when it comes to SA’s sovereign debt situation, including a further moderation in the government debt trajectory over the medium term compared with the February 2021 Budget Review projection, which forecast debt to peak at 88.9% of GDP by the 2025/2026 financial  year, as well as the reduction in the size of the weekly bond auctions, from a huge R8.6bn to R5.1bn in the new fiscal year.

However, the sovereign risk premium has not yet responded in a meaningful way to this development, owing to long-term outstanding uncertainties. As a result, the stabilisation in debt servicing costs has become more challenging. In addition, a larger share of revenue is being allocated to servicing debt costs. Global factors have also taken a more challenging turn for local bond yields.

Rising cost-push inflationary pressures emanating from the disruption in the supply chain of goods and amplified by soaring commodity prices, are exerting upward pressure on global bond yields. Therefore, a rerating of SA government bond yields from a lower sovereign risk premium is required to flatten the yield curve.

The benchmark is the government’s ability to implement its base case spending scenario, including containing the public sector wage bill and refraining from providing further bailouts to state-owned enterprises (SOEs).

A negative outlook provides a country with a window of 12 to 24 months to address specific issues. SA’s outlook was downgraded by one notch in November 2020, too. Moody’s has refrained from factoring in the lower debt trajectory because the level of government debt is high — among the highest when compared with emerging economy peers in the B1 to Ba2 rating bucket.

The negative outlook also indicates the risk that the debt level might not consolidate in line with Moody’s forecast.

While lowering the debt trajectory is slow and arduous, there are several landmarks against which we can measure progress, including:

Ratings agencies S&P Global and Fitch Ratings left their long-term sovereign credit ratings for SA unchanged at BB- last week, which is three levels below investment grade, retaining their stable and negative outlooks, respectively. While ratings agencies can adjust sovereign credit ratings outside scheduled dates, the next rating dates for both Moody’s and S&P are only in November.

Holding the line with the public sector wage bill would be a major development and will be closely monitored. Thereafter, the October 2021 medium-term budget policy statement (MTBPS) will provide new guidance regarding the fiscal position relative to the February 2021 budget and the sovereign risk premium on government debt.

Ramaphosa is clearly a reforming figure who has received resistance from those with vested interests against reforms. His agenda is slowly but systematically being implemented. Lowering the sovereign risk premium on government bonds will underscore his efforts.

Predictions that ANC secretary-general Ace Magashule’s temporary suspension would cause upheaval in the ANC and former president Jacob Zuma’s expected populist demonstration of power, has not yet materialised. Does this mean Ramaphosa has a strategy that is becoming clearer now?

This strategy is very well prepared, indirect in its approach, ad hoc in nature and uncoordinated. It limits risks as much as possible and avoids public exposure while preventing its opposition from having clear targets at which to aim.

Moves are made indirectly against internal opposition by using commissions of inquiry, parliamentary processes or court processes. At the same time, the organisational or institutional power base of Magashule and Jacob Zuma’s supporters has been eroded.

Before 2017 the so-called Premier League of provincial premiers was one of the most important power instruments of the Zuma/Magashule group, but it no longer exists. Across the North West, the Free State and Mpumalanga there has been a fundamental shift in power, with a focus on investigating wrongdoing.

The KwaZulu-Natal provincial leadership has not been dissolved, but instead co-opted by Ramaphosa. Only the eThekwini region and its leader (Zandile Gumede), who also faces corruption charges, are not his supporters.

The indirect strategy has an additional element in the form of prospective elected local government posts where Ramaphosa supporters can expect a political future in the ANC; for the Magashule supporters the future is doubtful. You could pay a heavy price at the moment if you are critical of Ramaphosa and his direction. It also applies to prospective cabinet posts; indeed, this is a time when Ramaphosa sometimes also refers to a cabinet reshuffle.

Ramaphosa’s strategy was most probably not planned at once, but developed over time. One of its elements is his sustained pressure on the ANC national executive committee (NEC). Since the second half of 2020 it has met almost every month.

Ramaphosa’s agenda in the NEC remains the same: pressure on corruption, the rule of law must be respected, and the Zondo state capture commission must be enabled to perform its task —  cultivating a moral atmosphere that the radical economic transformation (RET) supporters have not been able to counter.

Ramaphosa’s insistence on implementation of the ANC national conference resolution that people charged with corruption and other serious crimes have to step aside, as well as the Zondo commission putting many Magashule-Zuma supporters onto the back foot, are good examples of the impact of this pressure.

A significant factor counting in Ramaphosa’s favour is the overwhelming impact of the institutional power of the president (both ANC and national presidents). The best illustration of this point is Zuma’s history. Despite numerous explicit court judgments and parliamentary motions of no-confidence against him he could not be removed. It was only after he lost power as ANC president  that he could be forced to resign. The pattern also applied in the case of former president Thabo Mbeki, but Ramaphosa has the combined power of both positions, and this makes any attempt to remove him simply impossible.

One of initial weaknesses of the Ramaphosa approach was his communication with the public. Initially, the secretary-general and spokespersons  for the ANC did it, and his message was not always clear. With the Covid-19 pandemic things changed and he started using the media more purposefully. He also started to present NEC feedback to the public himself. The RET narrative is thereby denied a public forum, whereas Ramaphosa can dictate the message.

International responses lately are supportive of the Ramaphosa agenda. The US and UK decisions to impose sanctions on the Gupta family could be interpreted as recognition that SA steps against corruption are now more concrete and deserve support. That SA, together with India, Australia and South Korea, has been invited to attend the G7 summit in June is an exceptional indication that SA is regarded internationally as a country that deserves to be part of global decision-making. It would not have happened if the merit of Ramaphosa’s leadership was not clear to them.

• Jacobs is Treasury economist at Investec. Prof Kotzé is with Unisa’s department of political sciences.